What To Do If You Were Affected By The “Poodle” Bug

How Application-Aware Data Protection Could Help Your Business

Can Businesses Innovate When On The Cloud? 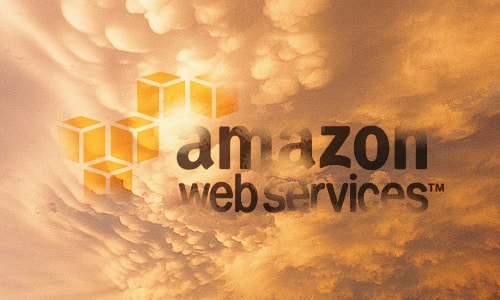 We’ve talked about cloud vs. dedicated servers until we were blue in the face. Luckily for us, we ditched that face and got a new face to talk about this subject with until it becomes blue (at which point the cycle will continue).

Companies seem to love the cloud nowadays—and with good reason: they’re cheaper, take less to manage, all of which adds up to more time saved and more money. Everyone’s dream! And nothing could go wrong, right?

But companies also like to grow (to make more money) and one way to do that is through innovation. Now, obviously, companies aren’t stunted from innovating just because they chose to host their data with a cloud service, but there is some merit to that statement for companies who throw their hats to public cloud servers like Amazon Web Services (AWS).

Why Is Innovation Hard On The Cloud?

Chris Schlaeger is the director or kernel and operating systems at AWS and he’s a man who just put his own foot in his own mouth. He mentioned during a conference in Europe that the key to being innovative is “the ability to modify every parameter of your system.”

This is a strange thing for Schlaeger to say, especially since that would mean companies should be able to build upon somebody else’s (AWS’s) cloud—which is rather difficult seeing as though they control everything about their cloud. So companies that host with cloud services like AWS lose their innovative powers from a software infrastructure level.

Let’s think about some of the most innovative companies out there for a second. Don’t they (for the most part) run their own gigantic data centers, which they modify according to their needs whenever they want and run open-source software for the most part? Of course they do—but not all companies have those kinds of resources. Most companies have to host with the cloud to cut their IT costs—how can they innovate when it comes to software infrastructure?

Let’s take this from the bottom (or the top…wherever that damnable cloud is located) and talk a little bit about how AWS operates. The luxurious part for most companies is the hands-off approach to managing your database, operating systems, hardware, etc, etc, the list could go on. In fact, Amazon’s CTO, Wener Vogels, says they’re in “the business of pain management for enterprises.” I.e. less IT headaches for you.

This approach allows customers to focus more on their businesses and less on being that weird tech guy.

What’s The Next Step For Cloud-Hosted Businesses?

But how can a business grow, especially online, if all their online services are being managed by someone else?

Well, let’s take a look at a great example of a company who faced that problem: Amazon.

You may have heard of them, in fact, they’re a focal point of this blog, but did you know Schlaeger said that Amazon’s CEO, Jeff Bezos, “quickly realized that in order to be successful in the online business,  he needed a sophisticated IT infrastructure.” Schlaeger would go on to say that “in order to innovate, the ability to modify every parameter of your system is key….”

And, thus, they launched Amazon Web Services effectively stripping those innovative juices away from the mere peons who want to focus on other things besides being online (which is silly in this day and age, *opens newspaper* isn’t it?).

There are some loopholes, however. Netflix, for instance, uses AWS and they’re a massive company enjoyed by many. But they’re probably just the exception to the rule. I mean, what could go wrong?

So the next time your company has risen to Google-like territories and you’ve been using AWS since day one, please contact us and we’ll update this blog accordingly. But until then, maybe try hosting your own server for a while, and see where that takes you.