Broadband’s New Definition: How It Will Impact The United States 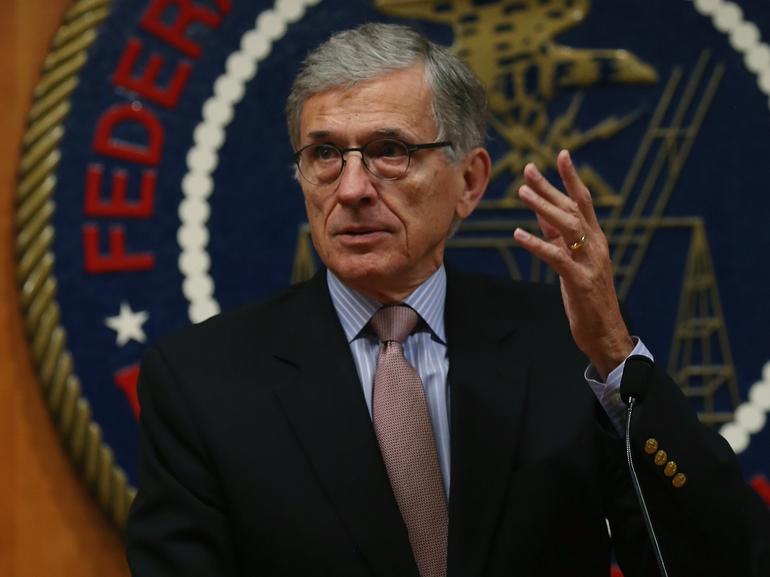 Finally some sense has been made!

What Is Broadband’s New Definition?

If you can’t believe that broadband was defined as such low speeds just five years ago, then you’ll have a coronary reading that it was defined seven years ago in 2008 as 786 kbps down up from dial up speeds of 200 kbps down.

Perspective time: in 2008 things like Skype was around and that’s what was defined as broadband? Our little FCC is all grown up now.

The Battle Between the ISPs and the FCC

The FCC claims that nearly 20 percent of households still do not have access to broadband internet speeds as newly defined. That means that internet providers will have to stop using that “buzzword” when saying that they offer broadband speeds (previously only needing to shoot you 3 Mbps every now and then) and will actually have to pony up the 25 Mbps or stop using the term broadband.

Or worse, if they choose not to offer broadband as it’s newly defined, they risk losing customers to an internet provider who will happily offer them true broadband instead.

Think about it. If you’re a tech-head (if you’re reading this blog and are not a tech-head, how’d you find us?), you’ve always had an arbitrary understanding of what you thought broadband was, even if you didn’t actually know the actual speed it was required to be.

Broadband has always just meant “fast internet” to you, and nowadays 3 Mbps just isn’t fast. That’s why when signing up for internet, you always knew to select the package that suited your needs.

Now think about all the people who might not be as tech savvy. The internet providers would eat them alive. White-lying to customers saying they were giving them “broadband speeds”—leading the customer to believe they were getting fast internet—when they only had to pump out 3 Mbps and charge a ton for below average speeds.

Now they legally can’t offer anyone broadband without giving them at least average internet speeds, which is a really great thing.

So what about those 20 percent of homes without access to broadband speeds now?

The FCC has had the power to determine if a country is distributing broadband to its people in a timely manner. So if those 20 percent aren’t offered broadband in a “timely” manner, then the FCC can take some sort of action, like acquiring more data on why those places aren’t getting broadband. Don’t mess with the FCC.

These new rules are likely to cause some headaches for the main DSL providers out there like AT&T, Verizon, Windstream, CenturyLink, etc.

The problem for them is the infrastructure of old copper wires that can hardly taxi 25 Mbps to those homes.

And those providers really aren’t happy about it. In fact, check out this statement released by the National Communications and Telecommunications Associated:

“While cable network Internet speeds already meet and exceed the FCC’s new broadband description, we are troubled that the Commission majority has arbitrarily chosen a definition of broadband in its Section 706 report that ignores how millions of consumers currently access the Internet. Instead of an accurate assessment of America’s broadband marketplace and the needs and uses of consumers, the FCC action is industrial policy that is not faithful to Congress’s direction in Section 706 to assess the market, but a clear effort to justify and expand the bounds of the FCC’s own authority.”

The FCC really isn’t listening, however. And that’s awesome.

What Are the FCC’s Future Plans With Broadband?

Another FCC Commissioner (seriously, there’s like 9 of them…how many do you need?) Jessica Rosenworcel actually wants to go faster. She said, “I think our new threshold, frankly, should be 100 Mbps.”

Rosenworcel also made the bold claim that the FCC invented the internet, but I think we all know Al Gore did that, so her credibility should be taken with a facetious grain of salt. By the way, why don’t we just ask Al Gore what broadband is? Has anyone thought of that? I’ll reach out to his people and get back to you guys….

But this change in definition is long overdue. The United States currently is 25th in the world in measurable broadband speeds. 25th. In case you’re wondering, that’s not first.

I’m all for a little shake up in the broadband provider community. In fact, I think ti’ll drive competition a little more and prices may start to slowly trickle down as these money-hungry conglomerates claw at one another’s throats for the checkbook of Tom, the CPA in Reno or any other average Joe/Jane.

I’m excited to see how broadband, and the internet in general, will be viewed moving forward in the United States.

The epic duel between the ISPs and the FCC is just more exciting rich-people news for us to get excited about.

We’ll keep you posted on whatever happens next, that’s for sure.