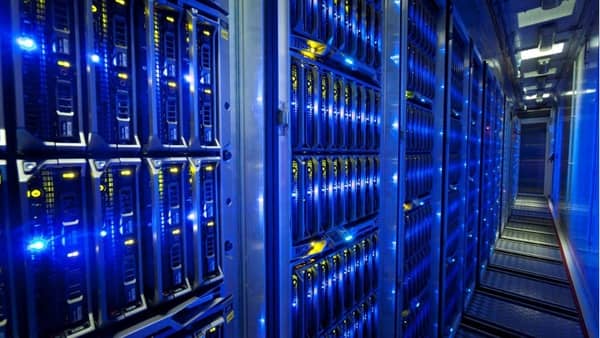 The data center industry is booming. The world now has more than seven billion connected devices and is growing at a tremendous pace. These connected devices are creating an enormous amount of data that not only needs to be stored, assessed, and retrieved again. Managing all of this data is difficult for both large and small businesses. This is the reason why more businesses are outsourcing their data center operations to third-party providers. We will examine all of these factors and how it is driving the boom and increasing the world of data center operations.

Technology Advancements Are Driving the Growth of Data Centers

There are a couple of technological innovations that have driven the growth of the data center industry. Edge computing is one of the technologies driving data center growth. Modern businesses need to provide and distribute their services to their consumers wherever they are. If you’re like many people, if a website takes a little longer to load, they will likely move on to a similar site for the same service or product. Making sure your website loads quickly could mean the difference between a new customer or a missed opportunity.

Edge computing helps with latency issues by adding additional platforms between the user and the data center. Bringing some of the key processing functions closer to users improves speed and performance. Edge systems are changing how data centers strategies. These edge data centers are smaller and because of their size, it can be deployed in more areas. The data center industry is bringing these edge computing data centers to many different locations instead of traditional data centers that are found in larger cities.

The Internet of Things or IoT is another technology advancement driving the growth of the data center industry. IoT refers to a system of internet-connected devices that collect and transfer data over a wireless network. You probably have multiple smart connected devices in your home. Imagine a larger network of these connected devices from smart home assistants, smart medical devices, smartphones, and autonomous vehicles, all of these create an enormous amount of data. Data centers are becoming increasingly important as our world continues to lean into the usage of interconnected smart devices. Many companies are either creating or using smart devices. As mentioned earlier, there are more than seven billion connected devices in IoT. This is one of the major reasons for the data center boom.

The increase in digital content is also a major reason for the growing use of data and the increased need for data centers. The whole world is streaming more than ever. Many people are solely using streaming services for their entertainment. Most people aren’t renting DVDs or Blu-Rays anymore. Instead of running to the video rental store or kiosk, we are just logging into Netflix, Hulu, HBO Now, and Disney plus accounts, and more.

The United States has seen a tremendous increase in streaming now being stuck at home because of quarantine. The average Netflix user used about 288GB of data each month during the lockdown. The total Netflix usage in a month of quarantine equaled about 18.3 million terabytes of data streamed. The world was already using a lot of which brought the demand for data centers, and its usage has increased even more because of the pandemic.

The World Now Revolves around Data

It’s not just streaming services that are running up the data bill, and we may not realize it but we (as individuals) are also creating a large amount of data every single day. In 2020, on average, every person creates about 1.7MB of data every second. 2.5 quintillion bytes of data are produced every single day. To put this into perspective, 90% of data was created in the last two years. By the end of 2025, we will have created 463 exabytes of data. If you’re wondering, 1 exabyte is equivalent to 1 million terabytes.

And all of this data will need to be stored somewhere. This is why data centers are crucial in the modern world. Our lives revolve around data, and this data needs to be stored in secure locations. Yes, a lot of the data that we are producing goes up into “the cloud”, but what some people don’t realize is that “the cloud” is a data center.

The world is creating so much data that some notable companies are looking to expand their data center operations in certain countries for the first time. Microsoft has announced it will be building three new data centers in Athens, Greece. This will be the first in the region. This investment is projected to help the struggling economy in Greece. Like many other countries, the economy in Greece was and continues to be affected tremendously by the pandemic. The country is currently seeing an eight percent decrease in the economy and is also seeing the highest unemployment rate in Europe at 17-20 percent.

Greece’s struggling economy due to the pandemic isn’t an isolated incident. Many countries are experiencing similar hardships. Microsoft has realized that not only does the world need more data storage because of the rate we are creating data, but data centers could potentially help the economy. We are all using a massive amount of data, and the world could potentially use this as a way to help the economy.

The increased usage of data is notable in many different ways. We are creating more data than ever before, but this could potentially also help the economy the way it will do for the country of Greece. If we continue our data usage and creation rates, we will need somewhere to store this information. Our data usage and creation rates will continue to grow. Technological advancements will continue to happen, and when it does we will need data center hubs in many more places around the world. We are driving the need and growth of data centers, but this can also work in our favor.