This Week in Getting Hacked: Failing Grades Edition

How to Create the Perfect CSR Initiative 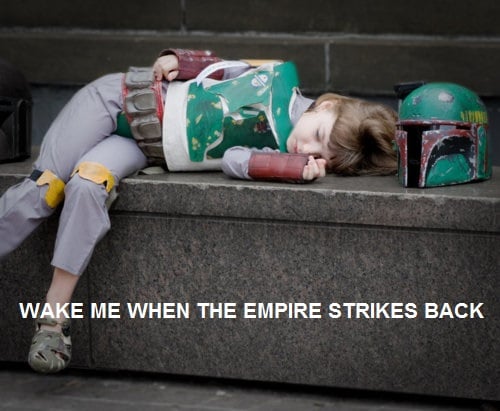 IT’S YA BOI COLY and it’s time once again for everyone’s favorite Friday morning/afternoon time waster—the Friday Fun Blog! This week’s fun blog is brought to you, as always, by Dave & Buster’s. Dave & Buster’s—won’t someone take me already? (Editor’s Note: No.)

-The 90’s were a weird time (and totally alive in Portland, apparently) where fashion had a lot of different phases. We started grunge, and ended super glittery, but no other piece of fashion defines the 90’s quite like the ubiquitous JNCO Jeans. If you don’t know JNCO, they were extremely baggy jeans that only MC Hammer would be proud to wear, and were emblazoned with faux street art or weird designs on the extremely large back pocket. Well, JNCO Jeans are back and they’re baggier and even less fashionable than ever!

-NASA has just released a brand new ultra-HD 4K footage of the sun, taken in various ultraviolet wavelengths. Fun fact that you’ll learn from the video, the sun amounts for 99.86% of the mass in our solar system.

-If you know me, you know I love only two things in this world: space and dashcam footage. So when the two come together, as they have in this awesome video of a meteor entering our atmosphere in a splash of blue light, my heart flutters with joy and I get a little pep in my step for the rest of the day. Check out this video:

-Speaking of awesome space stuff, the new Star Wars movie is a little over a month away from its theatrical release date, and people are clamoring to be the first to see it. Unfortunately, not everyone can see it, as is the case of Daniel Fleetwood, a lifelong Star Wars fan who was diagnosed in July with a terminal illness called spindle cell sarcoma—a rare form of cancer—and given only two months to live. A social campaign to get Daniel a screening of the film before its release date gained traction, and only a few days after beginning the campaign—called ‘#ForceforDaniel’—Fleetwood was granted access by Disney, Lucasfilms, and JJ Abrams to a private, unedited screening of the new Star Wars film. May the Force be with you, Daniel. No, YOU’RE crying.