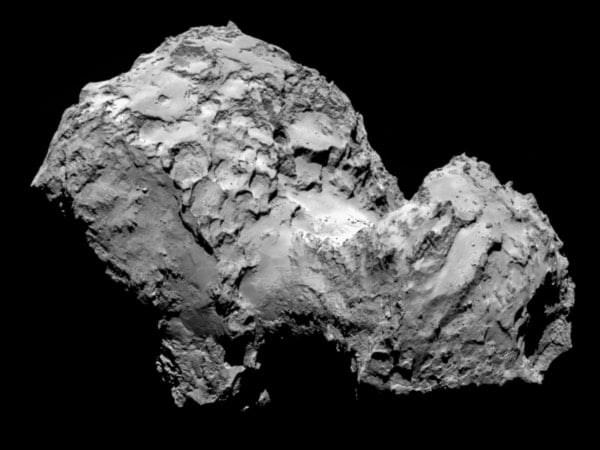 It’s Friday which means it’s time for another edition of the Friday Fun Blog! This week’s Fun Blog is brought to you by RC Cola*—RC Cola, when you’re too poor to afford Pepsi.

–Obligatory Space Post of the Week (Part 2): That comet they landed on is actually pretty big. It’s not just a rock floating through space. For some perspective—and a little bit of sci-fi geek-ery—check out this comparison of the comet 67P to various fictional spacecraft as well as various European cities.

–Obligatory Space Post of the Week (Part 3): Okay, that comet thing is totally awesome and amazing, but it doesn’t stop there as the ESA and NASA both have a lot of stuff planned. Check out NASA’s future missions here and the ESA’s future missions here. I’m already getting a space-boner for the James Webb Telescope. Mmmmmm, high-def photos of early galaxies.

-What happens when the world’s tallest man meets the world’s smallest man? They sort of shake hands awkwardly then pose for a photo and go their separate ways, I guess. I assume the short guy made “How’s the weather up there?” jokes while the tall dude was probably all, “What? I can’t hear you from way up here, go grab a step stool.”

-NFL games, and televised sports in general, are littered with ads trying to sell you a product or service. But if you were to be a good consumer and buy everything they tried to sell you during one game, how much would it cost? One man added it all up, and the total comes out to around $785,216.96. Who knew Ford Trucks and Bud Light cost so much?

-Everyone loves watching people “FAIL!1 LOL” at stuff, but nothing is better than beloved video game characters Mario and Luigi causing havoc resulting in mishaps. Here’s a wonderful compilation of people’s cool ideas being thwarted by your favorite plumbers.

That’s all for this week, folks. Have a great weekend!