Broadband’s New Definition: How It Will Impact The United States

For Colocation Providers, Data Center Efficiency Is a Bit Different 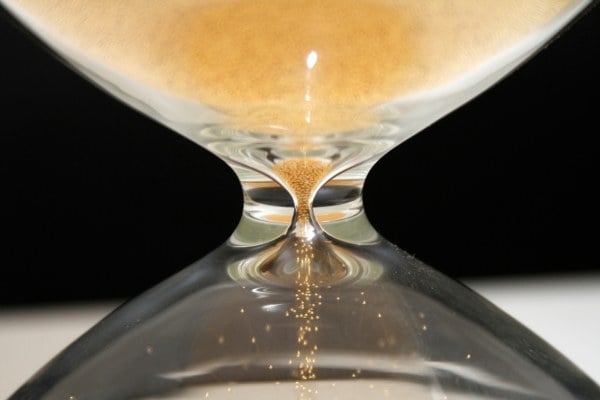 It’s Friday. Finally. FINALLY. It feels like it’s been forever since last Friday. Did you watch the Super Bowl? Did you wonder when that Left Shark from Katy Perry’s halftime show is going to get their own reality show? It’s coming soon, trust me. To be honest though, I was more interested in the Smiley Beach Ball. That permanent smile is hiding some dark secrets.

-Hey, you know how people who have neckbeards were angry about an all-female Ghostbusters cast? Well, get ready for this fallout as Marvel has introduced an all-female Avengers team! Dubbed the ‘A-Force’, the team consists of popular characters like She-Hulk, Medusa, and Dazzler. Get ready to see a bunch of guys who think fedoras are cool get really angry about this.

-If you want to learn how to cook—like, really cook—then you need to stop watching a guy that wears cargo shorts and sunglasses on the back of his head and start taking advice from a dude considered one of the best chefs in the world. Chef Raymond Blanc is a Michelin-star receiving chef—which is one of the highest honors in chef-dom—and he has a few grilling tips for you. There’s some good stuff in that video, like 1) cutting the backbone off a chicken to cook more evenly, and 2) not being Guy Fieri.

-What’s your worst fear? The dark? Death? Loneliness? Mine are clowns and avalanches, and this video of an avalanche forming in real time is giving me a panic attack. Nothing like hyperventilating before noon, right?! Luckily the guy survived. I can’t say the same about the dryness of my underwear, though.

-Hey guys, we now have the technology to build giant robots capable of killing all of us and then enslaving the survivors in a pretty sweet robot apocalypse. Isn’t that fun? Don’t worry though, the robot apocalypse won’t come until Skynet goes live in about 10 years.

-Death is a scary idea: you’re here one day, and the next you aren’t. Immortality, however, is far scarier of a notion to me than anything. Even scarier than immortality? A creature that looks like this being immortal. That is the hydra (no, you don’t have to hail to it), and it lives in the Earth’s water and is practically immortal. Cut it in half and it doubles, break it into a bunch of pieces and each piece becomes another hydra. So technically that really isn’t immortal, but the evidence for immortality is there considering it can regenerate over and over. It’s doubtful you’d find a million-year-old hydra running around simply because they’re so small, but one hydra potentially could have been regenerating since the dinosaurs were roaming Earth. Also, why are all the immortal animals so ugly? Why can’t, like, an otter be immortal or something?

–Obligatory Space Post of the Week: Here’s a bunch of pictures of Jupiter where its moons are eclipsing the giant planet. The fabled triple eclipse is something that some fantasy book is built off, and the Hubble was able to capture the event recently. The next time this will happen will be in 2032 according to scientists. Jupiter has around 62 moons orbiting it, but only 4 are considered to be the actual “moons of Jupiter” due to their size. SPACE!

-Comcast has been in hot water lately. First, public opinion of the telecom giant hasn’t been good since they basically said they’d start charging for fast lanes and just being jerks about Net Neutrality. Now, customer service stories are coming out and they are not good. An Illinois woman named Mary Bauer had some problems with her cable service and had over 39 technicians at her house over several months. She suddenly stopped receiving a bill from Comcast, so she called and was sent a new bill. However, instead of being addressed to “Mary Bauer”, the bill was addressed to “Super B*tch Bauer”. Oh, man, that is gold. Granted, the lady did nothing to deserve that and Comcast is totally at fault, but customer service people going off the deep end brings me endless joy. Oh, and this isn’t the first time Comcast has had this problem: last week there was a report of a man’s name being changed to “A**hole” on his bill. I have a permanent smile on my face because of stories like these.