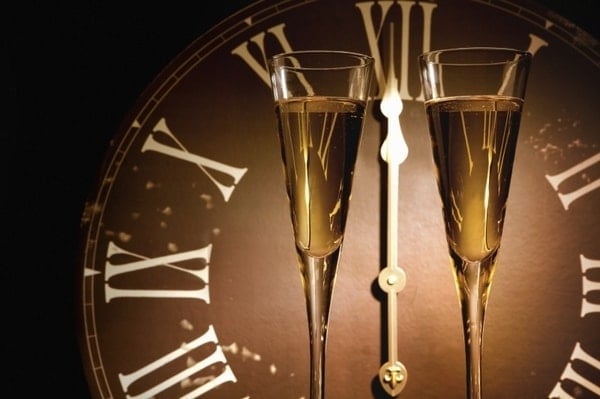 Happy 2015! How does it feel to know that you have to come in on a Friday, literally one day after the new year begins? We bet it feels like garbage, and we would know, seeing as we’re at work too. What better way to literally waste a completely useless and arbitrary day like today than by clicking on a bunch of links!

This time of year is hard for the Fun Blog because everyone is doing their “Best of 2014” lists right now and we don’t play that game. We don’t dwell on the past! We look towards the future! And the future can start on Monday, right?!

-Here’s a video of everyone’s favorite dictator and faux-assassination victim Kim Jong-Un flying and landing a plane. Is there anything this guy can’t do? I mean, he’s already dictator of the self-proclaimed greatest nation in the world, he’s the biggest movie star, music star, artist and sports hero in his country (Did you know he single-handedly won the World Cup for North Korea despite them not even qualifying for the event? He did) and now the man who can do it all can fly and land his own plane. Bless you, Supreme Leader.

-The very first College Football Playoff games happened yesterday and aired on ESPN, with Ohio State and Oregon advancing to the championship game. ESPN’s streaming service WatchESPN, however, was unavailable throughout most of the night, showing error messages to many users. The WatchESPN service has had problems in the past during other high-traffic events such as the World Cup, the 11 a.m. hour of SportsCenter on a random Tuesday, the repeat of PTI on ESPN2 at 7 p.m., and pretty much any other time you’d like to use the service. Seriously, WatchESPN is a great service if you love sports but hate the idea of something that actually works like it should.

-Do you like memes? Sure you do. Here’s Wired’s list of the best memes of 2014. I will admit, I’m partial to passive-aggressive Kermit.

-Netflix recently added all 10 seasons of a little-known show called Friends. Do you remember it? It’s the one that gave us megastar David Schwimmer. Seriously, if you got excited for all 10 seasons of Friends on Netflix then you’ve apparently never turned on TBS since the show went off the air. I can guarantee that it’s on some channel, somewhere, right now.

-Some guy edited every Marvel superhero movie (with a second cut including the Agents of S.H.I.E.L.D television show) into a chronological supercut because white people have too much time on their hands.

That’s it for this week! See you on Monday (when the new year really begins).