This Week in Getting Hacked: First Class Edition 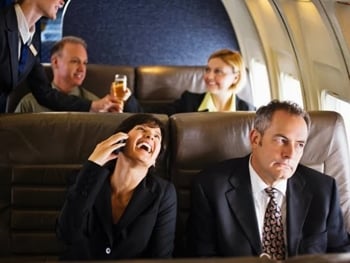 Wooooo! It’s time, once again, for everyone’s favorite cybersecurity link roundup, ‘This Week in Getting Hacked’. Each week, we take a look at all the different cybersecurity news that will surely make you super paranoid that someone is breaking into all your accounts right now.

-People know that the one place they shouldn’t attempt to hack are the people that can actually do something about it, right? Someone should’ve told this St. Louis man that before he attempted to hack into the St. Louis County police union website for who knows what reason. Well, he got arrested, because of course he did. Listen kids, if this wacky link dump of a blog article teaches you anything—don’t hack government or security agencies. Or do it, who cares? I can’t tell you what to do.

-The “Connected Home” is making its way to the forefront of technology, and as we’ve detailed numerous times before, it’s going to be incredibly easy to hack into your house and burn your toast maliciously. Heck, the article opens with a real Amazon review of how some dude is terrorizing the heating at a family’s home. Can you imagine what they’ll do with your blender?

-Here’s a fun little bio on Kevin Mitnick, who was dubbed “the world’s most famous hacker” in the 90s. We knew nothing back then. Anyways, Kev traded in that sick leather jacket for a suit and tie and now does security consulting for EVERYONE. Dude is rolling in that sweet, sweet hacker money. I bet he can buy all the awesome leather jackets he wants now.

-Robin Hood stole from the rich and gave to the poor, and that mantra is what a few enterprising hackers have done by hacking into British Airways. Instead of stealing money, they’re stealing frequent flyer miles so they can upgrade themselves to first class. Ok, I’ll admit, I actually like this idea because I was once upgraded to first class and now try my hardest not to sit in coach ever again.

-The US and President Obama are stepping up their actions against hackers by allowing sanctions to be placed on individuals and agencies that are caught attempting to or hacking into US government databases. This is the first action in what will probably, eventually be a gazillion dollar war against an idea or something that technically can’t be defeated. Classic United States.

Stay safe out there!