What Businesses Need to Consider When Selecting a Colocation Partner

This Week in Getting Hacked: Hacking the Skies 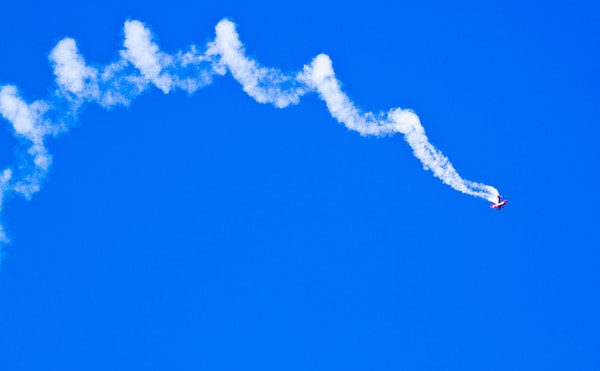 We’ve taken a few weeks off, but this time we’re back with a brand new ‘This Week in Getting Hacked’, America’s favorite cybersecurity-centric link dump. So without further ado…

-The Trinity Mirror, parent company of British tabloid the Daily Mirror is about to pay up big time. Apparently, in an effort to get some hot scoops, the Mirror began an “industrial-scale phone hacking” on celebrities, sports stars, politicians and other prominent figures and woo boy, those people are NOT happy at all. They’ll be forced to pay out around six figures to the 8 plaintiffs named on the lawsuit, and that ruling came down from Judge Mr. Justice Mann. That’s not a joke—there’s a judge in the UK named Justice Mann. God, I hope he wears a cape and has a sidekick named Lawyer Boy.

-So some dude claimed that he hacked a plane from his seat, allowing him to monitor and take control of the avionics of the plane, including—in one instance—making one of the engines increase thrust causing the plane to tilt to one side. The FBI questioned him and Boeing executives and researchers shot down his claims, saying that critical avionics weren’t accessible via the electronic entertainment systems he was using to hack into the controls.

-Speaking of hacking planes, United Airlines wants you to hack their website, not their planes. In fact, they’ll offer you frequent flier miles for finding bugs on their website and their mobile apps. So, you know, do that instead of controlling the thrusters from your chair.

-WE ARE! GETTING HACKED! The Penn State College of Engineering had to shut down its Internet access after two breaches were discovered. Researchers believe that one of the breaches can be traced back to a Chinese-based hacker group, because as we all know, the Chinese are still dying to figure out that whole Joe Paterno scandal.

-Thousands of hackers attended a secret hacking convention in Chicago that you weren’t invited to because you’re not a super l33t h^ck3r with [email protected] sk!llz. Maybe you’ll get your invite next year. I bet that whole convention smelled like Mountain Dew and Cheetos. Just kidding, that’s a stereotypical idea of what hackers are. Please don’t steal my identity.

That’s it for this week! Stay safe out there.