This Week in Getting Hacked: Watch the Grid 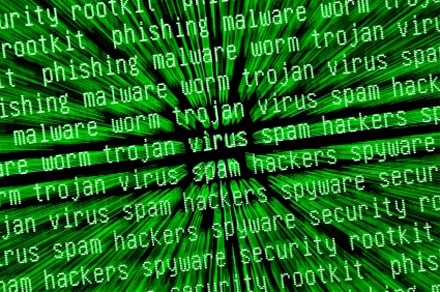 It’s time once again for everyone’s favorite panic-inducing cybersecurity link roundup in the land: This Week in Getting Hacked!

– Pro-Palestinian hackers targeted Israeli websites the other day, attacking pages of popular musicians and non-profit websites by displaying pictures of the Islamic State militant flag and other propaganda. The hacker team vowed it would carry out an “electronic Holocaust”, which sounds horrible, but apparently authorities have been alerted.

-Yo, there’s some news out of Washington D.C. today that the White House was hacked by a Russian group. Apparently, they’ve been in there AWHILE—like, since October—and we’re just now learning about this. According to experts, they didn’t get any of the good stuff, just got access to an unclassified database, which is cool if you want to see what the President had for lunch yesterday or whatever. Part of me thinks that this is Russia’s response to their hero Rusev losing to John Cena at WrestleMania 31.

-The next battle in cybersecurity isn’t going to be over data—it’ll be over infrastructure, according to researchers. The threat of hackers taking over entire networks, power grids or other large scale operations is becoming more and more worrisome. Can you imagine some weird kid sitting in his parents basement having COMPLETE control over your ISP or the stoplight in your town? Spoooooooky.

-Turkey is on the jump about being totally scared about hackers taking over grids. A recent power outage basically crippled Turkey for like 10 hours or something, which is a lifetime in Europe (because I have no idea how life outside of the United States is). They are taking initiatives to strengthen their power grid and hopefully thwart any future outages, hackers or not.

-These guys took hacking literally. As in, they smashed an ATM to get the money inside, the old fashioned way.