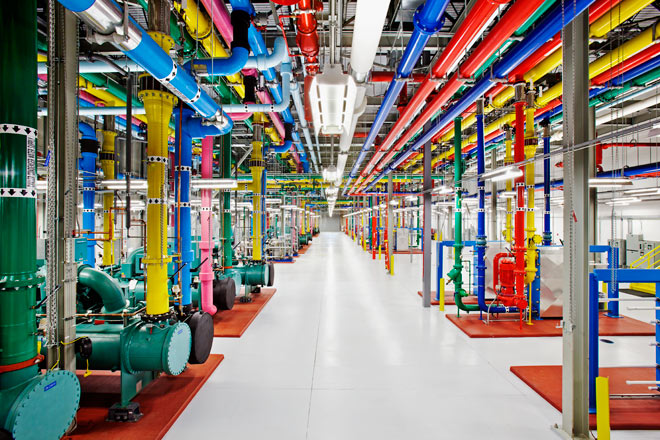 A Look inside Google’s Hosting Facility

14 years ago, a search engine company by the name of Google became a household name. How they got there has been an interesting journey, partly because the company keeps it’s data center operations a tight lipped secrete. The reason for this has been the topic of much speculation. Competition for one thing is usually what drives such companies to secrecy, though the time has finally come for Google to play nice with us. What does the inside of a Google data center look like? Very recently, wired.com senior reporter, Steven Levy got a chance to tour the Lenoir facility.

Google’s physical network allows the company to index 20 million web pages daily. Up to 3 billion search queries a day are processed through racks of dedicated servers. Come to think of it, if it weren’t for these servers, we wouldn’t be able to access our free gmail accounts. You’d think that a billion dollar physical network would be something to brag about. Not so much. For Google, server design is what gives them a competitive edge.

The company saves money by placing motherboards directly in server racks, not in individual housings. This design makes room for backup batteries housed next to each server, reducing energy loss by 15%. Though it’s easy enough for competitors to rip off each others innovative ideas, Google really has nothing to worry about. Google’s core advantage is an advanced network bigger than anyone else’s. As time permits, we expect to see data center giants like Google became even more energy efficient. The fact that they have finally let someone inside a data center proves they have nothing to fear. What sorts of secrets will they reveal next?