How to Boost Your Business with Proven Remote Database Services

Net Neutrality Backed in India to Beat down Greedy Telecoms 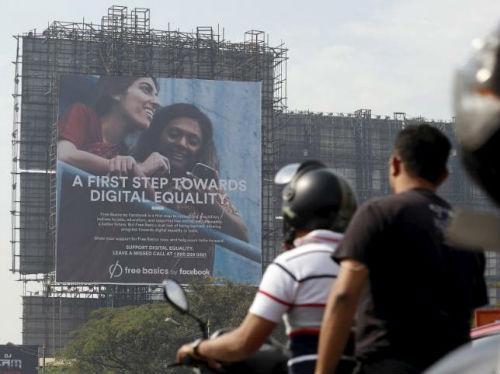 India’s telecom regulators have voted in favor of “net neutrality” allowing equal access to all sites, dismissing “discriminatory pricing” against certain sites that would not pay the telecoms.

Net neutrality has been a hot topic in the States a lot recently, as companies like Comcast, Time Warner, and more fight for their bottom lines. In essence, net neutrality is the understanding that all data is created equal, and that no particular site or service should be given priority over another. Many companies want to create “fast lanes”, which would grant faster access to sites or services that pay more to the telecom company (i.e., ESPN pays Comcast to allow quick access to their homepage over access to competitor Fox Sports), rendering the freedom of the Internet useless. The baseline idea of the Internet is that everyone starts on the same playing field, and the users determine where they want to get their information from.

The telecom regulators in India outlawed different pricing for data packages, a ruling that comes in direct opposition of Facebook’s proposed “Free Basics” plan, which would allow access to particular sites through Facebook’s “Basics” app. Advocates for net neutrality in India say that Facebook’s service would favor certain sites, while not allowing access to others despite its marketing stance of providing “free Internet for the masses”.

While Facebook’s Free Basics program seems like a great idea—providing free Internet service to people that can’t afford it—the implementation is where the backlash came from. The service provided access to certain sites like AccuWeather, ESPN, and BBC News, and while Facebook said that any site can register to be part of the service, it also restricted high-bandwidth sites like video streaming, VoIP and more from being admissible as well as any sites that would need to encrypt or collect data via SSL/HTTPS (except, of course, for Facebook itself).

The Telecom Regulatory Authority of India (TRAI) had suspended Facebook’s service for two months while deciding on a ruling, and on Monday at a press conference, TRAI chairman Ram Sevak Sharma said, “Essentially everything on the Internet is agnostic in the sense that it cannot be priced differently.” Pretty simple explanation, really. All the while, Facebook had been dumping several million dollars into an extensive marketing campaign in India.

The push came from Facebook’s attempt to appeal to the rural and poorer people in India, a market of 1.2 billion people that would greatly benefit Facebook’s worldwide reach. Currently, only 252 million people have access to the Internet in India.

Currently, Facebook’s Free Basics program is available in over 35 countries—many that are rural and underdeveloped– including several in Africa, Latin America, and the Asian-Pacific.

The ruling by the TRAI will also block telecom providers from attempting the creation of “fast lanes” or prioritized content as well. This is a big step in the net neutrality fight, especially for such a large nation like India.