Friday Fun Blog: It’s Not Safe For You In This Zoo Edition

How Data Center Cooling Can Beat the Record Summer Heat 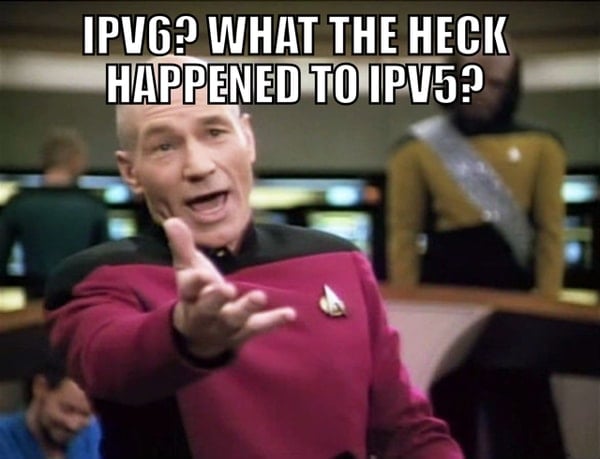 We’ve talked about IPv4 and IPv6 but what ever happened to IPv5? Did it ever exist? If so, why did the world seemingly skip over it. Our latest blog explains.

Last month, we talked a bit about how world has run out of IPv4 web addresses and how IPv6 is set to take its place. This week we discuss the background of a lesser known sibling of IPv4 and Ipv6, known ‘un-officially’ as IPv5.

What Happened to IPv5?

TL;DR – In the late 70s IPv5 was named ST, The Internet Stream Protocol. IPv5, or ST as it was known, was used by the likes of Apple, NeXT, and Sun to guarantee service across a network. ST was good at maintaining communication while transferring specific data packets on select frequencies. IPv5 was merely created for experimental reasons, specifically for video and voice transmissions.

That’s actually a valid question as the world seemingly went from using IPv4 to using IPv6 at the drop of a hat. The truth is, IPv5 never really existed – or more precisely was never really developed in the first place.

Of course, there’s more to the story than that; in the late 70s IPv5 was named ST – The Internet Stream Protocol. IPv5, or ST as it was known, was used by the likes of Apple, NeXT, and Sun to guarantee service across a network.

ST was good at maintaining communication while transferring specific data packets on select frequencies and it appears that a significant amount of testing was completed to make sure IPv5 functioned as it should. So, this still begs the question – why did we skip over it?

Some sources say that IPv5 was merely created for experimental reasons, specifically for video and voice transmissions. Years later the big dogs at Apple, NeXT, and Sun re-wrote the protocol and used it to bolster commercial operations. It’s been implied that by the time IPv6 came along, IPv5 was simply not available for public use. So the world moved on to IPv6 because quite frankly it was a fresh start and the perfect opportunity to chart the development and support of the next IP layer.

Much of the groundwork of “IPv5” was used to make VoIP happen, but smarter people prevailed when they realized that all usable IPV4 addresses would be used by 2011. The structure of “IPv5” would last a finite time as well, but the way IPv6 is structured, the human race will never run out of them (unless insects decide to use the internet…).

What Is the ST Protocol and ST-II?

In the early 70s, the Defense Advanced Research Projects Agency developed a network that government scientists could use to share and disseminate information; our modern Internet is built upon these early principles.

We talked about ST up above, but what is considered to be IPv5 was taken even further with ST-II. ST-II is defined as:

“An experimental connection-oriented internetworking protocol that operates at the same layer as connectionless IP. It has been developed to support the efficient delivery of data streams to single or multiple destinations in applications that require guaranteed quality of service. ST2 is part of the IP protocol family and serves as an adjunct to, not a replacement for, IP.”

As you can see, there was really no plan to make IPv5, just the groundwork for it to make the ST protocol.

Scientists created a “Transport Layer”, the 4th layer responsible for data transport and network connections. By the 80s it became apparent that too much emphasis was placed on just a single protocol – one was simply not enough to route and handle packaging functions.

Another version of “Transport Layer” was introduced but by the time engineers began to develop it, IPv4 became the new adopted standard. Of course, everyone thought that IPv4 would be everything it needed to be. Unfortunately, this wasn’t true and by the early 90s folks began to work on improvements to the next internet protocol, IPv6.

Depending on what circles you run in, IPv5 never really was. Then again, it did exist for the folks at Apple, NeXT, and Sunn – just under a different name, which ended up morphing into two revised versions: ST and ST-II. Whatever the fate of IPv5, one thing’s for sure; IPv4 is still the preferred internet protocol of today’s networking environment, IPv6 is its successor and we certainly didn’t get there overnight. 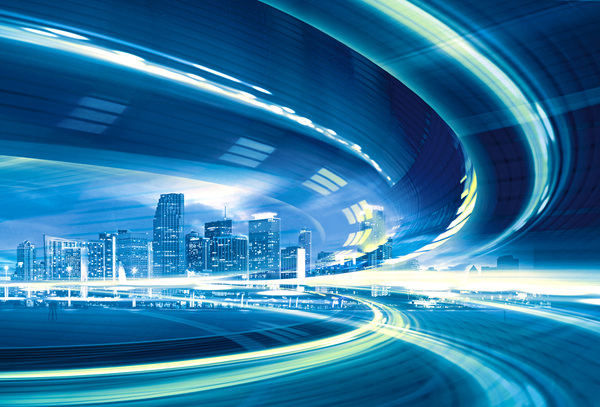 What Are the Technology Trends in 2021?

Smart Home Assistants Are Now Sharing Your Internet with Neighbors