Demand for Data Centers on the Rise, but Roles Will Change

Data Centers and Fire: How to Not Go Up in Flames

Making It Rain: Data Center Spending on the Rise

Billions and billions of dollars.  BILLIONS… 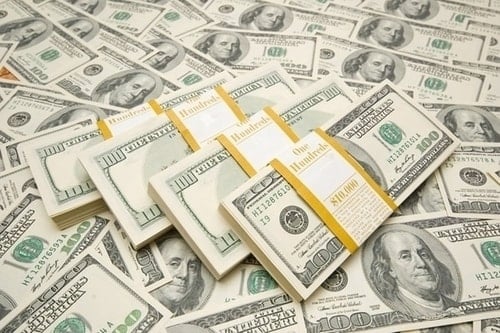 Data center spending on the rise

So what’s the deal with all the spending?  Well, obviously, the growth of data centers helps as enterprises are building their own, and more and more companies are moving online and needing data center space to operate.  But, guys..the spending.  They are just throwing money at the stuff and it’s kind of awesome.  Dude, Google spent $2.35 billion on infrastructure in Q1 alone.  Two billion in FOUR MONTHS(!) and it was all for data center expansion, construction and updating.

With Google, it’s easy to understand the reason for the spending—with all those platforms and apps and software that they have, storing and processing that data for all of their users takes a lot of server space and a lot of hardware.  Also, Google is going all Doomsday Preppers by essentially stockpiling their data centers for a rainy day.  Google SVP and CFO Patrick Pichette said as much during an earnings call recently: “In the case of data center construction, we have found that the option value of having more capacity on standby and available to us to grow versus not having it is actually a real strategic issue for the Company. In that sense, if for whatever reason, we had a spike in demand that was really pronounced and sustained for a couple of quarters and we did not have the capacity, it would be a real issue strategically for us relative to the quite low cost of having the infrastructure in place.”

It’s not just Google either.  Microsoft is dropping coin like a kid that just got their first paycheck, too.  For instance, here’s a brand new data center that Microsoft is building in West Des Moines, Iowa at the bargain price of $1.1 billion.  They’ll be building a data center the size of 20 football fields and taking over the lower 9 holes of a local golf course to fit it all.

Have you ever seen Broke, the documentary by the acclaimed ESPN 30 for 30 series?  Well, professional athletes detail how they went broke, and one of the ways is trying to match their teammates and competitors when it came to spending.  If a guy threw down a $20, you threw down a $50 and so on.  That’s kinda what this feels like.  “Oh, you just spent $2.35 billion in the first quarter of the year?  Check out this $1.1 billion data center!”