What Data Center Model Is Best for Your Business?

Nanotechnology and DNA Data Storage Is in the Near Future 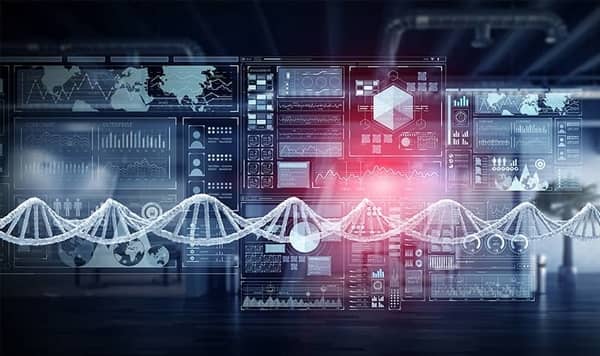 The world is made up of ones and zeros. Almost all aspects of our everyday lives have become digitized and turned into the universal language of computers. All businesses are going through this digital transformation whether they want to participate or not. Even entire government systems are turning completely paperless. Dubai is the first government to go completely paperless, but it almost certainly won’t be the last. The Emirate’s Crown Prince stated it would equate to a savings of $350 million and 14 million man-hours across the Dubai government. He also stated that this digital journey will allow and inspire its future governments to one day build a successful smart city.

While all of the world’s data lives in the digital world, the space it requires occupies the real physical world as well. Some of the largest companies in the world also have the data centers to show for it. Google has 15 data centers, Amazon has 14 data centers, and Facebook has 12 data centers, which all add up to 15 million square feet of physical space. Additionally, there are 7.2 million data centers around the world taking up added space. There are several data storage technological advancements that could potentially change how the world stores data very shortly including nanotechnology and DNA data storage.

What Is Nanotechnology and Nanocomputing?

Nanotechnology refers to the technology with measurements on the nanometer scale. These technologies include the handling and controlling of separate atoms and molecules. Nanotech is already being implemented to revolutionize technology in many different industries which include information technology, medicine, homeland security, energy, and environmental science. An example of the nanotech being implemented is with solar panels incorporating nanoparticles for a more lightweight and flexible solar cell.

As nanotechnology is a general term, nanocomputing is a more specific term that refers to computing processes on the nanometer scale. It depicts the handling and processing of data with computers smaller than a micrometer. Specifically, a nanocomputing device is comprised of transistors that are less than 100 nanometers in length. One nanometer is one billionth of a meter. A nanometer is a unit of measurement that might be too theoretical to grasp, so we’ll use some everyday examples.

What is DNA Storage?

It’s estimated that 64.2 zettabytes of data was created, captured, copied, and consumed in 2020 and will rapidly grow to 180 zettabytes by 2025. To put this into perspective, one zettabyte is equivalent to one thousand exabytes, or one billion terabytes, or one trillion gigabytes. This is a lot of data that, as mentioned earlier, will require both digital and physical space. The growing need for data storage is pushing innovations in technology.

Microsoft already has some of the technology needed for synthesizing, copying, and reading DNA for genetic sequencing, but to use DNA as a way to store data, more research and innovation still need to be done. Researchers are still working on manipulating spots and distances within strands to see the best way to store data. This includes applying a voltage that produces acid at the anode to enable the DNA chain to attach and release. Innovations are still being worked on.

But there is a lot of potential in DNA storage. It is what holds all of the details of every living creature, and what makes every person different from the next. This means that tremendous amounts of data can be stored within the strands of DNA. Millions of digital files including photos, videos, and all documents could be stored on one small fragment of DNA.

Why Are Innovations in Data Storage Vital?

Innovations in data storage are vital because of how much data the world is currently creating. Again, it is estimated that the world will have produced 180 zettabytes of data by 2025. This data will require both digital and physical space. If the three largest companies are taking up 15 million square feet of space alone, there will certainly be a need for innovations in data storage.

Some well-known drive manufacturers including Western Digital and Seagate are a part of a coalition of over 40 companies looking to further DNA storage. The DNA Data Storage Alliance also includes tape experts Spectra Logic and Quantum, as well as various bioscience organizations. All of these diverse companies coming together to assist in innovating the technology of DNA storage shows its importance. Although synthetic DNA storage isn’t quite ready to replace current storage systems, Microsoft’s latest developments and union of the DNA Data Storage Alliance points to a future that includes synthetic deoxyribonucleic acid data storage.

As the world continues down this path of immense usage and even reliance on data—data storage will always be essential. Data storage solutions will continue to be vital, and innovations in these solutions will need to be modernized. Nanotechnology and nanocomputing will be significant technology that will contribute to bringing in a new era of data storage. DNA storage looks to be one of the more intriguing answers to future storage. Data centers will be important for years to come, and the evolution of data centers will be reliant on the technologies being developed today.