Then vs. Now: Video Game Consoles 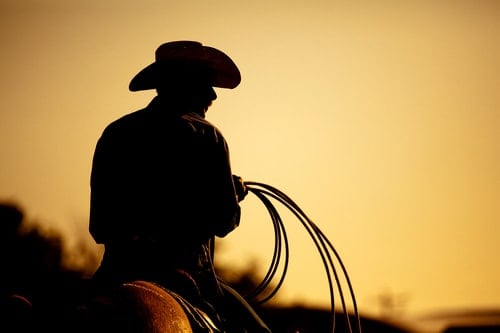 Welcome to the News Round Up where I try to give you the real facts, the unwanted opinions, and the I’m-in-the-know takeaway you need to impress your friends all in 200 words or less. This week, December 7 – December 11, we have stories brought you by the US Government, Cisco’s Spark, the French Prime minister, Are You SmartA Learning Advance in Artificial Intelligence Rivals Human Abilities than AI?, and Yahoo’s new board members aka Mayer’s babies.

Facts: The US Department of Education released the 2016 National Education Technology Plan which includes new commitments to support personalized professional learning for district leaders to improve teaching and student achievement through the use of technology.

Opinions: The main concern is around the funding – can education leaders budget for the funds to purse the vision? Thanks to many open licensed educational resources, leaders should have plenty of options. Then again, without an effective implementation plan, the strategy will be dead before it even begins.

Takeaways: In case you missed it, technology is the future of the education system. No longer do people question should we use technology but how we should use it. If you are in the SaaS industry, this may be your time to get into the education vertical.

Opinions: Days after Microsoft announced it will be adding voice calling and conferencing features to its Office 365 cloud software, out comes Cisco with their version. The real question is: can Cisco compete with other cloud-based UC services like RingCentral and Switch Communications? Everyone knows Cisco’s hardware is excellent but it is uncertain if their cloud offerings will have the same impact.

Takeaways: Who will win the cloud-based UC battle? Microsoft or Cisco? Or will it be the smaller companies that raise above? We will have to wait years for this answer. In the meantime, we can assume the shift towards cloud UC is an approach many tech companies should look into.

Facts: France’s Prime Minister Manuel Valls said he is not in favor of banning public Wi-Fi or Tor. Valls goes on to say, “Internet is a freedom…”

Opinions: Despite requests, Valls is sticking to his guns by not limiting Internet access even if it can be used by terrorists. This is another step forward for countries who are looking at the increasing threat of terrorist using the Internet to carry out their plans. At this time, both EU and US have no plans to introduce legislation requiring “backdoors” on encryption but it does not mean it is not using other means of tracking.

Takeaways: An overwhelming number of governments are fighting for the Internet to remain “a freedom” their citizens can enjoy. At the same time, there are those who restrict access at every turn (or should I say URL). For my friends in France, your internet access seems safe for the time being.

Facts: Computer researchers reported artificial-intelligence advances that surpassed human capabilities for a narrow set of vision-related tasks. The computer vision program outperformed a group of humans in identifying handwritten characters based on a single example.

Opinions: Just another example of Silicon Valley’s (and everywhere else’s) focus on artificial intelligence. This is just one example of the leap scientist are making in the AI department. As of today, nearly all tech giants (and even car companies) are making a play towards AI.

Takeaways: Besides this being super cool and, depending on your opinion of AI, super scary, AI is technology everyone is pushing towards. Today, we use different degrees of AI without even realizing it. Next time your friends make a comment on your intelligence level, just say “well a computer is smarter than all of us,” and that should end it.

Opinions: Thought leaders blame Yahoo’s lack of exploration into new and innovative areas, as Google and Amazon have, for there downfall. As for Mayer’s maternity leave, it appears so far that she is still very much involved in Yahoo having, hours before giving birth, commented on the new spin-off plan. With so much talk in Silicon Valley this year about partner leave, it will be interesting to see how Mayer handles it within Yahoo.

Takeaways: Goodbye Yahoo Mail, hello babies! This week was all about Yahoo and the tech giant’s tough road ahead especially as their leader takes a couple months off (if that long). It will be interesting to see how the media handles Mayer’s maternity leave as Yahoo looks into 2016.