How to Prepare Yourself for the Hidden Costs of VoIP

How Data Centers Protect Your Data During Earthquakes 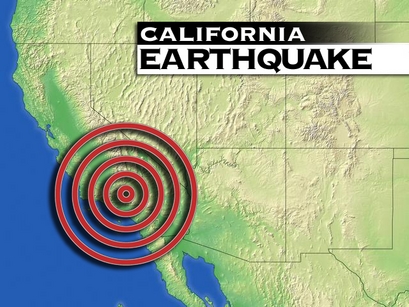 If you’ve been paying attention to the news lately, a giant 6.0 earthquake struck the greater San Francisco, CA area on August 24, 2014—the largest earthquake to hit the area in 25 years.

Much damage was done and the area is still recovering, but you still may be thinking: What if an earthquake strikes my area? How am I protected? How is my data protected?

Natural disasters are powerful and unpredictable.

There’s not much, if anything, that can be done to prevent them. But there are ways that data centers can protect your data from them in the event.

How Data Centers Protect Themselves against Earthquakes

Many data centers are equipped with seismic isolation technology (woah, big words) that help protect your servers and subsequently your data from damages resulting from earthquakes.

Server racks will slide along earthquake gliders which move the entire cage back and forth preventing them from toppling over.

Check out this video of how these things work:

In fact, one of the largest data centers in San Francisco was structurally built to help mitigate damage caused by earthquakes (get ready for some more big words).

The 365 Main building is built upon 98 columns supporting its weight. Each of these columns is equipped with a proprietary joint called a friction pendulum that absorbs the shock caused by seismic activities.

Basically, this allows the 365 Main building to “float” above the quaking ground underneath. Woah.

All the other fun stuff like piping, electrical wiring, etc is all build above those friction pendulums so they can also enjoy the fun of surfing on the ground too.

What Other Measures Are Protecting Your Data during an Earthquake?

Sun Microsystems worked with the China National Disaster Reduction Center to develop an early warning system to detect the genesis of earthquakes in the hopes of properly securing and protecting data centers during the actual quake.

Since the majority of data centers are located in high-populous areas, they are typically placed in a skyscraper, which (you guessed it) aren’t the best place to be during an earthquake.

Architectural engineers are great, smart people who plan for these types of things and you should thank them that not every treble of the earth causes these buildings to topple.

But their brains sometimes aren’t enough, that’s why other smart people are continually looking for ways to protect not only data, but everyone, from the perils of earthquakes.