Seattle based Sabey has opened a NYC data center in Manhattan. Meanwhile, the datacenterdynamics converged conference kicked off.

This is good news for New York colocation providers and industry reps who have been at odds following Super Storm Sandy last fall. Looks like the NYC market is bouncing back. 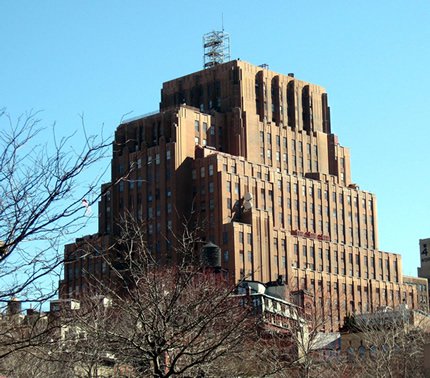 What makes the Sabey data center unique is that it is a vertical high-rise that will be able to support such high-profile clients as Microsoft, T-Mobile and JP Morgan Chase, all of whom Sabey already serves at other facilities.

375 Pearl was originally built in 1975 by Verizon but in the past 35 years it has seen undergone lots of changes, mostly one’s that weren’t up to code or approved by officials.

As a result, Sabey and associates had to re-route conduit in tight spots to connect back-up generators stored in the basement, aided by electric sub-stations on the 2nd and 3rd floors.

Cooling towers had to re-located to the roof of the facility where exhaust gases exit. Sabey says that each floor will offer plenty of vertical space for its clients to utilize, with additional space for hot-aisle/cooling containment.

The 32 story building was reportedly short on space and when it came to wiring up the building to support at least 40 megawatts of power, engineers had to get creative.

In late 2007, the property at 375 Pearl was acquired by a developer and quickly abandoned. Sabey, along with partner Young Woo, bought the building in 2011. It’s taken the team two years to retrofit the building (formally owned by Verizon Wireless) and overcome a series of challenges.

The 32 story building was reportedly short on space and when it came to wiring up the building to support at least 40 megawatts of power, engineers had to get creative.

Sabey couldn’t have picked a better time to open 375 pearl as nearly 1,500 people gathered at DCD converged to discuss all the latest happenings in the data center industry.

Not surprisingly, disaster recovery was a huge topic as Lower Manhattan was hit hard by Sandy last fall.

Vendors unveiled new DCIM product offerings as Keynote speakers from MSNBC discussed how New York could learn from the Sandy Disaster and how the military prepares for unexpected crises.

As Director of Business Development at Colocation America, Albert A. Ahdoot leads all sales efforts by intelligence gathering, drafting, and enforcing sales policies and processes, as well as implementing and evaluating new business strategies. His thorough understanding of data center technology and efficiency enables him to anticipate clients’ needs and to position Colocation America appropriately within the very optimal technical marketplace. One of Ahdoot’s most notable achievements came about in 2000 with his founding of his own internet marketing company, Mushoo Inc. While establishing himself as a successful entrepreneur, he simultaneously became a shareholder of UnitedLayer where he exceeded sales and marketing goals through his business development efforts. A native of Southern California, he spends his time outside of work playing basketball or volleyball, hiking, reading tech-related publications, and supporting various philanthropic organizations.
Share Post: