Risks of Starlink and Building the Internet in Space

Why Your Business May Need to Find a Better Data Center

How Has Technology and Data Evolved over the Years? 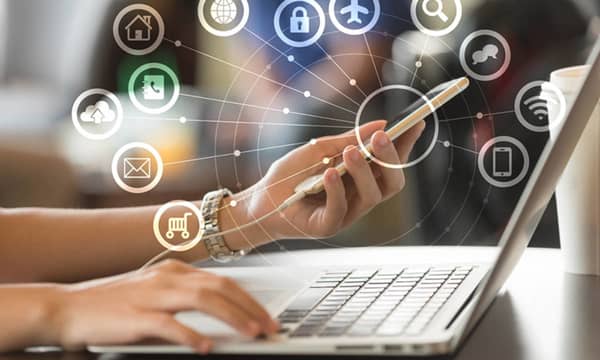 If you look at the technology twenty years ago it may surprise you. Technological advancements have come a long way in just two decades. The first camera phone was an innovation from the year 2000. The first iPod was presented in 2001. This was also the same year that Wikipedia was born. Facebook was started in 2004. YouTube was created in 2005 and Twitter in 2006. It was also the year Blu-ray discs were brought to the public. The first iPhone was originally introduced in 2007.

What a lot of these technological advancements have in common, besides being introduced in the 2000s, is that they create data. More than 90% of the data the world has ever created was created in the past 2 years. Data is now running the world.

How Has Data Grown in Twenty Years?

Just a mere twenty years ago data wasn’t anywhere near what it is today. A study found that in 1999, the world produced 1.5 exabytes of data for the entire year or around 250 megabytes for every person in the world. In 2003, the world produced about 5 exabytes of new information and 92% of this data was stored mainly on hard disks. To put this into perspective, in 2020 every person will produce 1.7 megabytes of data every single second.

How Is Data Projected to Grow in the Future?

We’ve already experienced a data boom like no other, but the growth in data will continue to grow now and in the future. As mentioned earlier, it is projected that by the end of 2020, every person will generate 1.7 megabytes of data every second. Internet users will generate nearly 2.5 quintillion bytes of data every single day. And big data analytics will reach $103 billion by 2023.

Smart Devices and the Rise of Smartphones

The first smartphone debuted in 1992, 15 years before the iPhone was introduced to the world, but the term “smartphone” wasn’t coined until 1995. The Simon Personal Communicator was made by IBM and combined a cell phone and a PDA (personal digital assistant). The Simon could make regular calls, send and receive emails, faxes, and pages. Working as a PDA it also had a calendar, address book, and world clock, and had a place to schedule appointments. The Simon had a monochrome LCD touchscreen to be used with the stylus.

This specific smartphone wasn’t as easily accessible and wasn’t completely embraced by consumers. IBM only sold about 50,000 devices altogether. Today smartphones and the Internet are nearly indispensable in the current modern world.

Within just the past decade the use and dependency on the internet have changed dramatically. The percentage of people who used a smartphone was about 17% compared to the current 81%. Two-thirds of adults stated the internet is essential to their lives. One in every five adults stated they use the internet more than 40 hours a week. The percentage of tablet users grew 58% and the number of smartwatch users grew 20% as well. We are connected now more than ever.

The way we watch film and television has also changed within the past two decades. Blu-ray discs were released in 2006, which was surprisingly one year after YouTube was created in 2005. In 2007 Netflix became a streaming service as well as a physical DVD subscription platform.

The world used to watch movies on physical discs whether it was a DVD or a Blu-ray. You would either need to rent or buy physical copies of the movie you want to see. Now the world is streaming more than ever before. We can all stream the latest releases right from our smart televisions. And it’s not just the latest films—streaming services are now releasing their own content as well. Netflix, Hulu, Amazon Prime Video, Disney Plus, and HBO Now (to name a few) all have their own original content as well. There is even streaming services for video games. Streaming services is the new normal.

Social Media Platforms Have Changed the Way We Connect

Over the past two decades, the world has seen a rise and growth of social media platforms. In 2002, Friendster is launched, and by the end of the year, more than 3 million people are using one of the first social media platforms. Users were able to comment and connect with people all over the world. In 2003, MySpace goes live and in just three years it is the most visited site in the United States. Ahead of its competitors Google and Yahoo. MySpace allowed users to share photos, customize their profiles, and shared music as well. In 2004, Facebook is launched and gives users the ability to make self-published walls of content. In 2005, YouTube is unveiled to the public, and in 2006, Twitter is revealed to the world. In 2010, Instagram launches and becomes the first mobile-only social network. Pinterest is also released the same year. 2011 was the year Snapchat is introduced, and in 2016 TikTok is announced.

Not only does the world have more social media platforms—the quality of the content that is being uploaded and shared has also become greater. The resolution of the pictures and videos have grown, and the size of the files have as well. The world is viewing, creating, and sharing more content than ever before.

The world is more connected today. Technology has changed in many different ways over the past twenty years. But one of the things all of these changes have in common is the enormous increased usage of data. It’s often mentioned that over 90% of all the world’s data has been produced in the past 2 years. This is a remarkable statistic and a telling one at that. What is driving the world’s technological advancements and the product of these advancements revolves around data. A survey was taken on how people feel without the internet, more than 60% “feel lost with it” or “feel cut off without it”. The modern world and many of its technological advancements revolve around data and this is why data centers are essential.