How Google’s Project Loon Is Going to Help the UN

The Tech Superfriends Reunite to Take on FCC and Net Neutrality 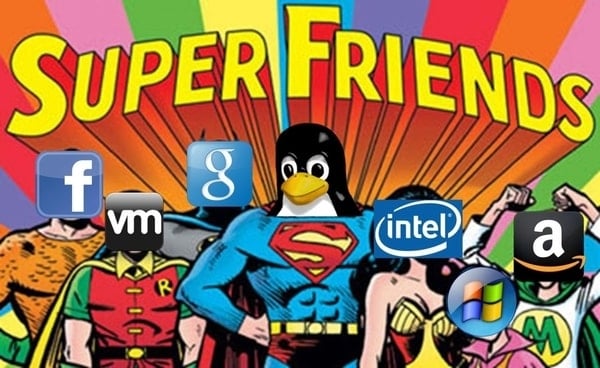 This week on the Tech Superfriends…

The good citizens of the United States are caught in the middle of a heated fight between the evil Internet Service Providers (ISPs) and the not-sure-if-they’re-evil-or-not Federal Communications Commission (FCC). The ISPs want to charge companies to get better service which would result in higher customer charges for various Internet services like Netflix, and the FCC is kinda letting them, but not really, but still sort of letting it happen.

Who will save us?!

A whole gang of tech companies signed a petition that essentially said, “Nah, bro.” While the letter didn’t offer an alternative solution—but I guess the alternative solution would be to keep the Internet open and neutral– it definitely did call for the current course of action to stop, which is great.

Facebook, Google, Reddit, Tumblr, Lyft, Netflix, Amazon, Twitter and pretty much all the other popular sites have their names attached, and they want to stop the ISPs from charging for better connections and faster transfers of packets because it’s a horrible idea and a bad way to compromise. All they want is to not be extorted to get their customers better access to their services, which makes sense in a perfect world. But this is politics, where rational thought is thrown out the window in favor of THAT CASH.

This is just the latest in the constant backlash against new FCC proposals for the Open Internet. Heck, current FCC Commissioner Jessica Rosenworcel spoke out saying that maybe we should hold off a little on voting on the new proposal (which would happen next week) until we figure this whole thing out and find a better—and less extort-y—way to develop new Internet rules.

You can read the full text of the letter below (click here to see the actual letter and those who signed):

We write to express our support for a free and open internet. Over the past twenty years, American innovators have created countless Internet-based applications, content offerings, and services that are used around the world. These innovations have created enormous value for Internet users, fueled economic growth, and made our Internet companies global leaders. The innovation we have seen to date happened in a world without discrimination. An open Internet has also been a platform for free speech and opportunity for billions of users.

The Commission’s long-standing commitment and actions undertaken to protect the open Internet are a central reason why the Internet remains an engine of entrepreneurship and economic growth.

According to recent news reports, the Commission intends to propose rules that would enable phone and cable Internet service providers to discriminate both technically and financially against Internet companies and to impose new tolls on them. If these reports are correct, this represents a grave threat to the Internet.

Instead of permitting individualized bargaining and discrimination, the Commission’s rules should protect users and Internet companies on both fixed and mobile platforms against blocking, discrim- ination, and paid prioritization, and should make the market for Internet services more transparent. The rules should provide certainty to all market participants and keep the costs of regulation low.

Such rules are essential for the future of the Internet. This Commission should take the necessary steps to ensure that the Internet remains an open platform for speech and commerce so that America continues to lead the world in technology markets.