This Week in Getting Hacked: Poodle Corp Drama Edition

Let’s get right into the thick of things: according to a judge, the FBI can now hack into your computer without a warrant because “computers get hacked all the time.” Just a heads up, THAT’S TOTALLY NOT A REASON TO BE ABLE TO HACK A COMPUTER WITHOUT A WARRANT. That’s like saying you can enter any house you want because criminals enter houses all the time. But hey, I guess if you’re the government, you can do whatever you want, right? Sure…

For instance, you can have a secret tech surveillance budget in the hundreds of millions just to spy on your own citizens in the name of SECURITY. 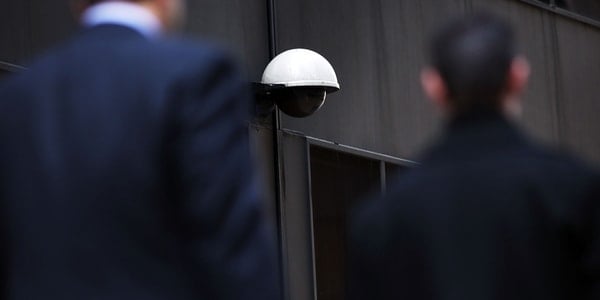 Reports estimate that the budget lies anywhere between $600-$800 million for their super secretive Operational Technology Division that focuses on robots, and surveillance, and other crazy stuff to spy on you.

Symantec is the Pepsi of anti-virus and cybersecurity to Norton’s Coca-Cola, and like the soft drinks expose your body to potential threats like diabetes, so does Norton and Symantec’s software expose you to security vulnerabilities.

Google reports that Symantec’s flaws can be triggered just by sending an infected file or a link over email—the recipient doesn’t even have to interact with it in anyway. Google’s Project Zero—a team that searches for zero-day release flaws and vulnerabilities in software—urges all users of both anti-virus software to upgrade immediately.

If you’re using Google Chrome to browse, be sure to keep an eye on your Facebook, as malware is being spread via suspect Facebook’s notification system. The user is tagged in a suspicious comment, when they click on the notification, malware is downloaded onto the computer.

Fortunately, simply downloading it isn’t enough to infect a computer, the user must open it. So, you know, don’t open it. And get better friends on Facebook.

Speaking of Facebook, US Customs agents are pushing to add social media accounts to visa applications. The field wouldn’t be mandatory to enter, but it would add to the wealth of info they already have on your during the application process (fingerprints, interviews, and tons of background checks).

A bunch of internet trolls knows as Poodle Corp hacked popular YouTube channel WatchMojo. THE DRAMA. The potential for a mass malware infection, however, is very real, as WatchMojo has over 12 million subscribers and they could have easily been pointed to a site infected with a virus. YouTube responded to the situation and gave control of the account back to the folks at WatchMojo.