Happy Birthday to the World Wide Web – An Infographic

Staying Safe and Secure: When to Beware of Wi-Fi 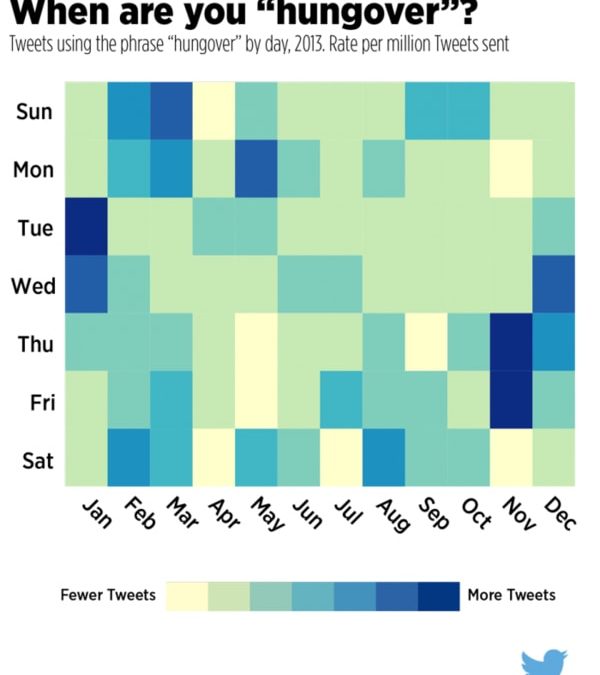 It’s about time someone charted my hangovers, I was losing track…

Data is everywhere (duh), and sometimes that data is useful, and sometimes that data is compiled to show off some pretty cool stuff.  Take Twitter, for example, who posted charts on their blog depicting when users are most likely to feel happy, sad and hungover and when they’re going to be late for work.  Maybe the first three contribute to the last one, who knows?  Well, Twitter does. 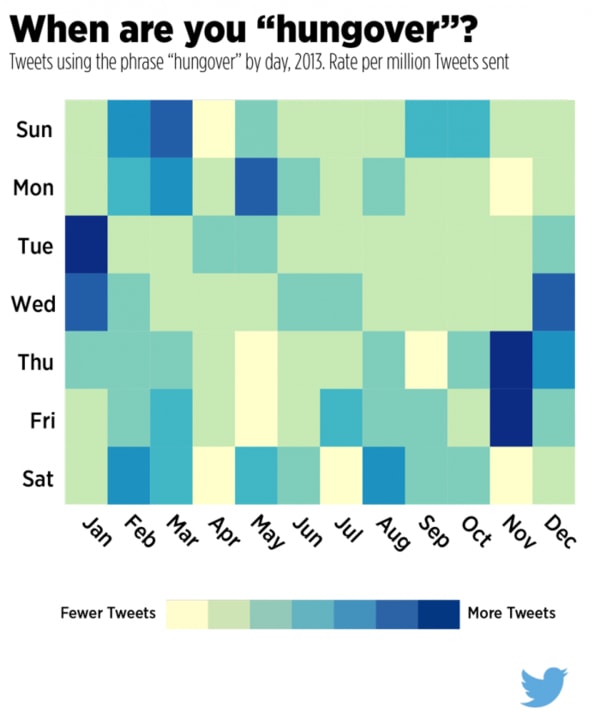 Using the data gleaned from gazillions of Tweets in 2013, the analysts at Twitter charted when their users were mostly likely to tweet their happiness, sadness and how rough their hangovers are.  It’s a pretty cool look into the world of communication data and charting how people feel on certain days.  Sociology is fun!

Anyways, it seems like Twitter’s users were most likely to feel happy on Wednesday’s in January, as well as Monday’s, Tuesday’s and Wednesday’s during December.  Checking out my handy 2013 calendar, January 2nd fell on a Wednesday, and days leading up to Christmas were on Monday the 23rd, Tuesday the 24th and obviously, Christmas Day (Wednesday the 25th).  That explains a lot, as most people are around their families and loved ones during the holidays contributing to happiness (duh).  However, don’t sleep on Fridays in March, which happened to coincide with St. Patrick’s Day weekend in 2013, as well as Tuesdays in September (day after Labor Day).

Does happiness coincide with celebration?  Of course it does!  And celebration coincides, for some, in a hangover.  New Years Day fell on a Tuesday, which is also the day most users Tweeted that they felt hungover.  Don’t sleep on Thursdays and Fridays in November, which happens to be Thanksgiving Day and the day after.  Long weekends, hooray!

Regardless, it’s a cool look into the world of big data and how our feelings and thoughts can be charted and displayed.