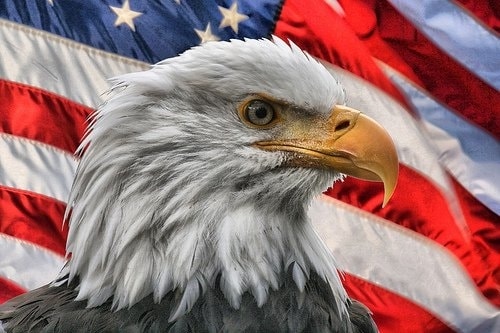 In the most bizarrely American thing you could imagine, the United States Department of Defense (DoD) will start “outsourcing” its data centers to commercial providers here in the states.

Okay, admittedly “outsourcing” might be the wrong word, but it’s no secret that Americans are known for outsourcing their businesses to cheaper foreign countries so I just got a little confused when I read that the DoD is not going the way of Russia, China, and some other countries in really outsourcing their government data to foreign countries. They decided to keep their precious and free data here on the rich, fertile soil which bore it. Cue the USA chants, everyone.

You may, or may not, remember that the US Military shut down a bunch of data centers this summer in an effort to realize that might have been a poor decision.

What could go wrong? Well….

What Could Go Wrong?

As you may have sleuth’d, the military is concerned about security. After all, this is the military we’re talking about here. I’m sure they have a secret or two they wouldn’t want 4chan or Reddit to get their gnarly, trollish hands on. Many are calling the data to be “highly sensitive” but let’s be real. This is beyond highly sensitive. Under the assumption the USA owns outer space, I’d probably label it astronomically sensitive (it’s only a matter of time—more USA chants?).

Another thing that could go wrong is the financial stability of the cloud provider that they choose. I mean, if they’re being endorsed and used by the US Military, I doubt they would go under any time soon, but how’s the leadership in those places? Are there spies? Is there one of those mythical underground tunnels to China everyone was talking about when I was five underneath the data center of their choosing?

These are all questions and concerns the DoD will have to properly vet.

And of course, who could forget the biggest concern of the US Military: US citizens.

Although the government will be concerned with them in another way here. I would suspect there will be a few citizens out there concerned with the DoD housing data in a commercial data center. After all, this is America and our secrets should be kept as such.

Well, to all those people out there: it’s the US Military. I’m sure everything will be fine, right?

How Will They Store The Data?

Obviously security is the main concern here. One of the proposals proposed hosing private cloud infrastructure in pre-made shipping containers chilling outside government-owned data centers. Cool. What else do they have in mind?

The DoD basically doesn’t want to worry about this at all—having the data center worry about support, billing, etc.

Another proposal is called the “On-Premise Container Model (OPCM)” which will have the data stored outside the data center facility, but it would still be connected to all the cooling, power, bandwidth, etc. I would assume, then, that these would be highly guarded—most likely by futuristic hidden-robots not unlike Optimus Prime.

The data centers will also have to reach level five and six of the “Cloud Security Model” which is the grade required to store classified and secret government data.

One thing we do know for sure, if the US Military wants something to be done, they will throw a ton of money at it. That should both ease any worries, or exacerbate them. If it’s the latter, then I’m sorry. If the former—USA USA USA, right guys?

If you aren’t the US Military but still want someplace to store your data, please check our equally American 22 data centers across the United States to find the one which suits your flag-waving hearts best (we have bandwidth and cooling too… and you can stay inside, out of the rain and the hot sun).