The Damage Done: How the World has changed since Snowden 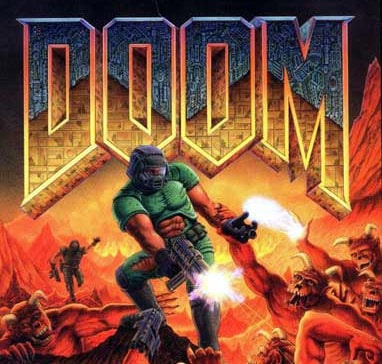 Doom video game turns 20 while a generation of gamers look back on a wasted youth. Oh, how I love the 90’s.

Remember the 90’s, you know – when plaid was in and all your friends played Doom on their PC? If you don’t, then you’re likely too young to remember that Doom was the quintessential “Shoot-em up Cowboy” computer game on the market. Today it turns 20.

While I confess, I was never really a gamer to begin with – nor a fan of video games in general, Doom really captured my generation’s desire to mindlessly obliterate space aliens, if only for fun.

Mostly, we just wasted a lot of time embracing a sensuously violent video game while we could have been outside doing more productive things, like walking or breathing.Yet, Doom had a lasting impact on the gaming industry.

How Doom has had a lasting influence

To celebrate 20 years, the creators of Doom, id software, look back on the gaming environment and how it has since evolved into the intense, close to real-life looking graphics we have come to know today. NBC news estimates that id Software sold as many as 2-3 million copies.

Bill Gates, back when he was CEO of Microsoft even commissioned a specialized port to accommodate the game on Windows 95.

Even though the brand evolved into something different, the original version of Doom seemed to push the boundaries of what was possible – given the coding platforms developers where working with back then. Not everyone was amused by the game’s unique, if not grotesque take on virtual violence.

If it moves shoot it! By 1999 nearly every gamer had embraced Doom at least enough to conquer the first versions, but what made the game so popular in the first place was also what raised serious controversy. To me, the 90’s were a classic time in American society when the powers that be (teachers, parents, politicians, sociologists) loved to point the finger at violent video games, television shows – heck, even music with explicit lyrics, blaming them for affecting our youth in negative ways. While they may have been some truth to that, the negative controversy only seemed to throw fuel atop of fire that was the burgeoning “shoot-em up” gaming movement.

I know that there are a few more versions of Doom out there, and that id software has gone on to bigger and better things, but Doom hasn’t lost its luster. The thought of blowing up aliens on a Windows 95- equipped machine still excites me, and I’m not even a gamer. So happy Birthday Doom, and congratulations to id software for corrupting my generation; if it weren’t for them I probably wouldn’t be as desensitized to violence as I am today. Call me crazy, but I think that’s actually good thing. Mortal Kombat anyone?