UPDATE: What the Mozilla Yahoo Partnership Will Mean For You 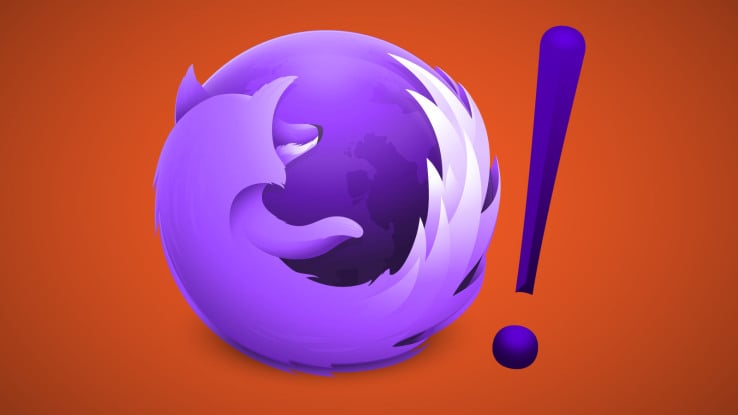 As recent as Mozilla’s switch away from GoBing which powers Yahoo’s search engineogle and to Yahoo for searches is, the impacts are already being felt.

It’s been reported that Google’s U.S. search-share dropped from 77.5 percent in November 2014 to 75.3 percent in December. 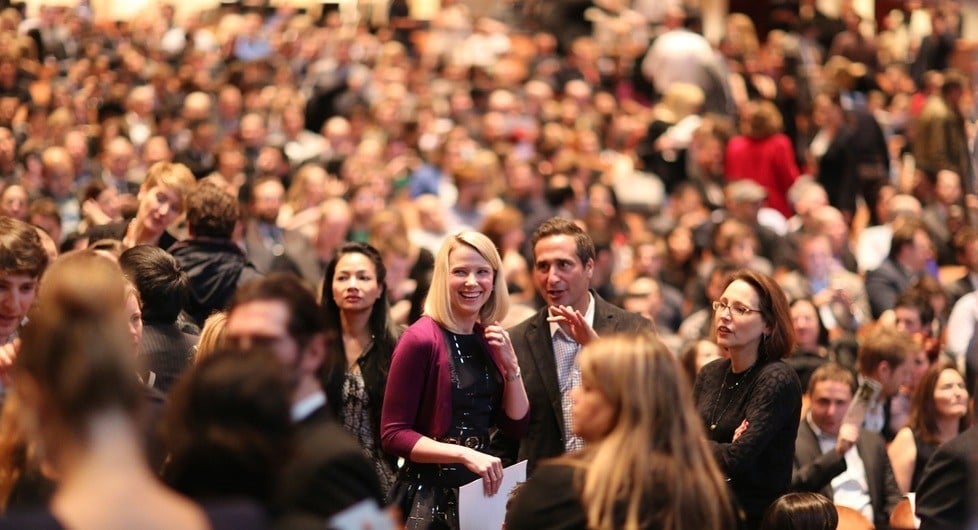 Marissa Mayer, CEO of Yahoo, with colleagues at a conference. Photo by Max Morse

Since Mozilla’s Firefox accounts for around 14 percent of U.S. browsers, that 2 percent drop is rather significant.

What may be more alarming is that Google may be in more trouble in the near future. Reports say that Apple may drop Google as the default search engine on their Safari browser when the contract between the two expires this year, according to theinformation.com (log in required).

Apple’s Safari, which is the default browser on all of their devices, accounted for 54 percent of all U.S. mobile traffic in December, as opposed to 41 percent from Google browsers.

Apple’s rivalry with Google is well documented, especially for the mobile market. Apple famously dropped Google Maps for Apple Maps back in 2012 (despite the outrage), so it would not be beyond reality to expect a search-engine switch as well.

Keep it here for more updates as the story continues.

Whether you are a casual Mozilla user or love their approach to web browsing, we’re sure you’ve noticed that Yahoo is now their default search engine. Some users may have changed back to their search engine of choice with the click of a button, but others—and quite a few—have stuck with Yahoo giving the company a significant boost in the internet search market. But while the increase in users is certainly a great thing for the Sunnyvale, CA internet corporation, Yahoo, what does it mean for search overall—and more importantly, what does the Mozilla Yahoo partnership mean for you?

For years Mozilla and Google have shared the same bed and for a long time Yahoo CEO Marissa Mayer reveled in the riches of the Mozilla-Google partnership wearing the red, blue, green, and yellow blouse of Google. Now, wearing the regal purple of Yahoo, Mayer was thrilled to announce her company’s new five-year partnership with Mozilla.

What will be the aftermath of Mozilla’s Partnership with Yahoo? And where does it leave Google? Check out this video to see what the future may hold for the three tech giants.

This is a big deal for Mayer and Yahoo who dropped their search engine a few years ago to focus on other aspects of their business. Now under the tutelage of Mozilla’s Firefox, Yahoo will now become a significant player in search. Firefox version 34 is in full swing with Yahoo now in default-charge of the browser’s search queries. But is it as good a search experience as search-titan Google was?

Can Yahoo’s Search Can Give Google a Run For Its Money?

If you don’t know, Mozilla has made much of its money from its partnership from Google. When a user used Mozilla’s browser and performed a query using whatever search engine they like, that search engine would give Mozilla some referral money. In 2012, 88 percent of Mozilla’s income came from Google. Putting two-and-two together would lead one to the conclusion that Google was the preferred search-engine choice among Mozilla Firefox users.

Why, then would Mozilla—who owns just around 10 percent of the internet-browser market (compared to Google’s Chrome, Apple’s Safari, etc.), make the switch to Yahoo? Wouldn’t they be losing money (it’s not the first long-time tech partnership to come to an end this year)? Maybe—but perhaps Mozilla is banking on the fact that the majority of their users will not even bother switching their default search engine away from Yahoo and they could be basing this hope due to Yahoo’s improved search functionality. Let’s take a look at some comparisons between Google’s and Yahoo’s searches:

As you can see, Yahoo’s search experience isn’t that different from Google’s. Google’s search for the movie has a few more “rich snippets” but Yahoo’s search provided a few movie trailers right in the results. It’s only a matter of preference, but the casual Mozilla user would most likely be satisfied with their search under Yahoo as they would have been with Google.

Should Google Be Concerned with Mozilla Switching to Yahoo?

In our opinion, Google should be a little concerned, but not too much. Mozilla, at the surface, wouldn’t seem like the type of company to ostracize Google based on any type of grudge they may have over Google’s user-information gathering. That information gathering is the only reason Google should be a little concerned because Mozilla could be, as Russell Brandom of The Verge suggests, scared of Google.

Potentially losing 10 percent of the search engine market is a significant hit to Google for sure, but let’s take a deeper look at exactly why Mozilla would make the switch to Yahoo. Mozilla has always tried to keep the internet as private as possible (no, really, despite the partnership with Google) and that’s why, in Mozilla’s statement about the Yahoo partnership, they are lauding the change as “promoting choice and innovation.” One stipulation of the deal is that Yahoo would honor Mozilla’s Do Not Track feature which will limit Yahoo’s ability to track user activity through advertisements (for which Google is famous).

Can Mozilla Win the Browser War with Yahoo at its Side?

Tying in with whether or not Google should be concerned, is the power that this type of change can have on the internet. Much has been made in the past year about net neutrality and the push for a free and open internet (one that doesn’t track your every move). Since Yahoo will honor Mozilla Do Not Track feature, one could see some users switching to Mozilla Firefox from Chrome and the word could spread from there.

Moreover, Mozilla allows for even more private search engines to be a user’s default search. Search engine sites like duckduckgo provide users completely private web searching. In fact, look at some of the search query types that Mozilla supports:

Additionally, private search might not be the only thing that will attract users to Mozilla’s Firefox browser. Firefox 34 is implementing Firefox Hello which will directly compete with Microsoft’s Skype, Google’s Hangouts, and Apple’s FaceTime as a voice/video over IP tool. Firefox Hello will support WebRTC, a technology that allows browser-based video and audio calling.

WebRTC is a game-changer in the realm of VoIP, allowing you to make calls within your browser (which isn’t entirely new and is supported by Chrome and Opera) but with Firefox Hello, the other person you’re calling doesn’t need the same application, like they would with Skype or FaceTime. All they need is a WebRTC browser.

With the user’s thoughts in mind (privately, mind you), Mozilla may make a dent in Google’s finely-crafted armor. One thing is for sure, Mozilla partnered with Yahoo as a long-term investment—hoping that users may eventually get fed up with Google’s tracking and switch to a more private browser. One that shares the people’s mind. And that leads us to the most important question….

Who Stands to Gain the Most from the Mozilla Yahoo Partnership: Yahoo, Mozilla, or You?

As Chrome seems to be all that matters in Google’s mind anymore, they may view Yahoo and Mozilla as washed up. Naïve as that thinking may be or not, they are certainly the only losers in the Mozilla Yahoo merger.

Yahoo finally gets back into the search picture—but the real winner from Yahoo’s side of thing could be Bing. Yes, Bing. The same Bing which powers Yahoo’s search engine. Microsoft didn’t have to pay one-dollar for the Mozilla Yahoo deal to increase their market-share via Bing. Eventually, Yahoo will want to pull away from Bing, but for now they are large benefactors.

That’s not to chide Yahoo by any means—I mean, when’s the last time you heard such big news from them? They get their name back into the limelight and that has to account for something.

Mozilla won as well, keeping their company values alive and showing that they are becoming truly independent of Google.

But the entity who gains the most from this partnership is undoubtedly you. After all, you get to make the choice of browser. You may love Google’s approach to giving you the best search results based off of your browsing and search history. Or you love the fact that someone out there is sticking up for user privacy. Mozilla and Yahoo have the user in mind and it will be interesting to see the impact of this merger at the nadir of net neutrality.