GET A QUOTE
CHECK OUR SPEED
TALK TO AN EXPERT
CHAT ONLINE CALL OUR PHONE
(DON'T WORRY, WE'RE REALLY REAL)

The release of the Windows 2008 Server revealed a more refined and stable operating system for dedicated server hosting. Windows 2008 server hosting comes in both 32 bit and 64 bit version and utilizes an evolved version of the Active Directory infrastructure. This means more management of server files and control over how a server operates.

As a leading colocation provider, Colocation America knows how important the security of a dedicated server is for any businesses. Windows 2008 Server Hosting comes with the new Network Access Protection (NAP) feature that allows for security policies to be set up for a network. These security policies are used when a client system tries to connect to the network. If they meet the requirements of the security policies then they are allowed through. If they don't then they are put in a quarantined part of the network until someone gives the okay to allow them back into the network. Windows Server 2008 also ships with a bidirectional firewall that is enabled by default. The new firewall works seamlessly in the background to protect the system from any virtual threats. It automatically configures itself according to the setting made in the Server Manager. When a user enable or disable roles and features in the Server Manager the Windows firewall will automatically update its settings to make sure that only the required ports are open. Every Los Angeles Dedicated Server plan comes with the following features:

THE PERFECT PLAN FOR YOUR BUSINESS 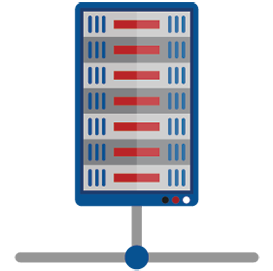 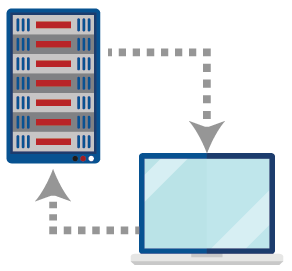 For the multi-tasker, our dual processor dedicated server packages can handle any task. 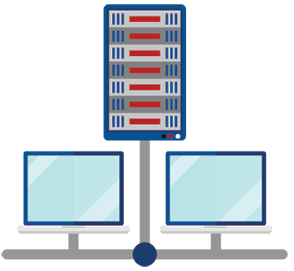 Custom configure a server or choose one of our pre-built options for a bit of savings.

BUILD YOUR OWN SOLUTION

Enjoy the flexibility & customization with a Linux operating system on your server. From Open Source Software to commercial classics like Red Hat, our servers are optimial for any Linux OS.