Home | Technology News | The Future of Bitcoin and Its Lingering Questions

Home | Technology News | The Future of Bitcoin and Its Lingering Questions

We’re back to talk about lingering cryptocurrency questions in Part 2. You can find Part 1 here.

Now that we know a little about the history of cryptocurrency, we’re still left with that all-too-lingering question of why it really even matters.

At the same level, someone thinking about currency at any point in history probably had these questions.

Let’s not go too far back but at some point, someone somewhere thought that gold was pretty cool. That it had real value. You can physically touch gold. It takes work to acquire gold. People think it looks cool. Oh, and there’s kind-of a finite amount of it. 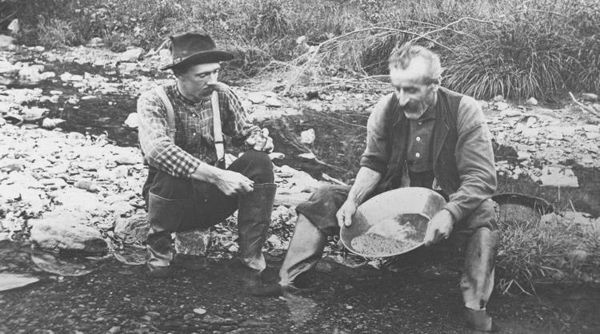 But it’s heavy. So people invented paper that represented gold sitting somewhere in a bank (I hope Andrew Jackson isn’t reading this).

Then at some point, we thought that paper was far better than lugging around all that gold, so we just decided to say that the paper was currency.

Then people wanted to purchase things online or not have to carry around cash or checks. So electronic money came around. Sure, there’s probably enough cash back-up for all the money sitting in your bank account online, but if every single person decided to withdraw all their money simultaneously, would there be?

So the number sitting on your computer screen from your bank account represents a piece of paper with a value on it, which used to represent a shiny rock.

It’s been like that forever. And maybe that’s why many people are struggling to understand what gives supercomputers doing math any monetary value at all.

Maybe we’re all just stuck in our ways.

A Brief Timeline of Bitcoin

Let’s go to 2011. The Electronic Frontier Foundation, a non-profit, started to accept bitcoin and then stopped due to legal concerns.

In 2012, the CBS drama The Good Wife, of all things, had a bitcoin-themed courtroom episode where Jim Cramer, host of CNBC’s Mad Money, played himself and “testified” that he doesn’t consider bitcoin a true currency:

“There’s no central bank to regulate it; it’s digital and functions completely peer to peer.”

By September, the Bitcoin Foundation, founded by Gavin Andresen, Jon Matonis, Patrick Murck, Charlie Shrem, and Peter Vessenes, was launched with the goal to “accelerate the global growth of bitcoin through standardization, protection, and promotion of the open source protocol.” 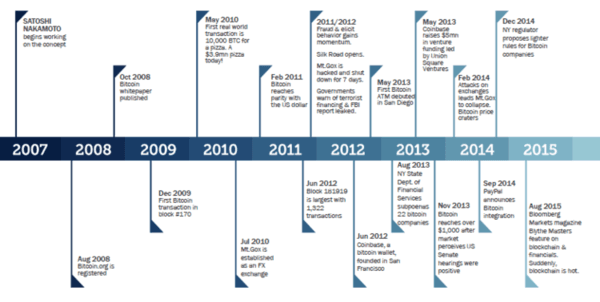 In 2013, the EFF decided to start accepting Bitcoin again and the bitcoin based payment processor, Coinbase, started selling bitcoin at $22 per. They announced that their monthly sales of bitcoin were reaching $1 million.

Here is when things really started taking off for cryptocurrency. Changes were made to the blockchain and the term started creeping into everyday lexicon (not just episodes of The Good Wife).

By the end of the year, people were selling bitcoins for roughly $650-800 per coin, with the peak being in November when they were selling for $1,200.

It stayed like that until 2017 when things really started to take off.

By June, bitcoins were going for around $3,200 per coin and skyrocketed to an all-time high of $17,900 per coin in December.

Is It Time to Start Accepting Bitcoin and Stop Asking Why?

In seven years, bitcoin went from practically nothing to $17,900 per coin. The market value for bitcoin was in the billions.

That’s insane to me. I’m just left asking: Why?

I mean, if people want it, people must want it. But there are so many problems.

People are taking out mortgages to invest. Prices of GPUs are outrageous and stocks dwindle for people building their mining machines.

But that’s not all. Some large retailers, like the PC-gaming giant Steam, are no longer accepting bitcoin citing “slow transaction speeds, price volatility, and high fees for transactions.”

This past January, South Korea passed a law making bitcoin traders reveal their identities to stop anonymous trading (this caused the dip we see now).

There’s still no central-entity that regulates it (I guess that’s the point). It’s still so open to scams and its inviting new waves of viruses aiming to take control of your computer’s processing power to mine crypto.

Here’s the thing, though. I’m rooting for it. I think the foundation is in place to bring humanity towards a completely electronic future. I’m all for more transparency and holding people accountable. You can’t really “hide” your bitcoin like you can hide money in shell companies and overseas banks.

The current system is corruptible and credit to the inventors, they’re trying to change all that.

The marriage of crypto to existing money almost seems inevitable, so perhaps it’s time I stop asking why and start asking how I can join? Fear of Missing Out, right?

It’s just one of those things that is challenging a socially-accepted norm. And if cryptocurrency can make the world a better place, even for a little bit, then let’s go.

Until then, perhaps some of you can weigh in and explain to me anything that I’ve missed.

The Future of Bitcoin and Its Lingering Questions was last modified: November 9th, 2018 by Q.C. Crea

Our Team is Standing By
The Future of Bitcoin and Its Lingering Questions was last modified: November 9th, 2018 by Q.C. Crea