How to Protect Your Company’s Financial Infrastructure from Cyber Crimes

aBioBot Is a Scientist’s New Best Friend. Here’s Why!

How Data Centers are Saving Energy 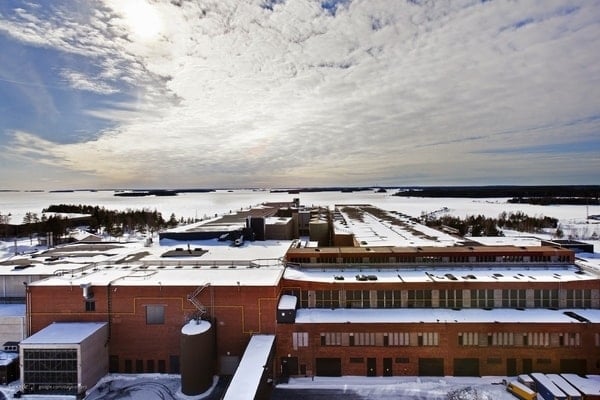 Data centers are growing in numbers. With an exponential growth in access to internet and computers, data has become an unavoidable thing in the life of any individual. Everything has been digitized now, from your photography images to the receipt of payment that you made last evening.

The need to have a space for more and more data is getting unavoidable. For the same very reason cloud technology came into existence, that has ensured so far that the alarming demand for data storage and security is not going to be a big concern in the future.

It has been found that 90 percent of the data that is present in the world right now was created in the past two years. Compilation of this data requires big data centers and to run these data centers, and a big amount of electricity is needed. Now the means behind this electricity need create an odd impact on the environment.

Now to keep a check on these environmental impacts of data centers, big companies like Facebook, Google and Apple are trying to think green with various innovative steps that are constructive and, in the long run, futuristic as well.

Let’s look at the scenario in more detail and see how data centers are trying to be environment friendly despite the alarming growth in their numbers.

What Is the Carbon Footprint of a Data Center?

Data centers are like a good number of computers stacked together. They get very hot after running for hours, and to cool them, burning of fossil fuel is used, mostly. That again adds to more carbon emission. Seventeen percent of the total carbon footprint caused by technology is due to data centers. The electricity that is needed to run these data centers is nearly 30 billion watts. These servers waste 90 percent of the energy they use because they run on full capacity all day long. Overall one can say that data centers are hazardous for environment if tough measures are not taken in due course of time. Choosing a path to coexist with the environment with lesser impact on the negative side will ensure an environment friendly future.

What Is the Present Scenario of Data Centers?

Let’s use the state of Oregon as an example. Oregon has many data centesr. Big Companies like Facebook, Apple, Google have put a mark of their presence in this state. Apple and Facebook have already bought several hundred acres of land for data centers in Oregon. Google and Amazon are not far behind.

Now the data center sprawling in such big area are power hungry. Energy is needed to operate the servers and to cool them subsequently. This is just one example of the data center scenario of just one place, one can imagine the threat that is being caused by all the data centers, globally.

The impact on the environment creates a concern but the future is not all bleak. Big companies like Apple, Facebook and Google are trying their best to reduce the carbon footprint and ensure a healthier environment. They are introducing renewable energy to power up the data centers and use natural methods to cool the servers. Renewable energy or clean energy generate electricity from wind, solar, and geothermal power. This ensures very less pollution or global warming emission.

Apple has the largest private solar installation and the company has hit the almost 100 percent renewable energy mark for its data centers. With such an example, other companies are following too.

Facebook’s data center in Iowa is using wind energy to empower its data center. They are also using the solar arrays for the generation of electricity.

The efficiency of the data center is measured in terms of Power Usage Effectiveness (PUE). PUE compares the non-computing energy to the amount of energy to power actual machines. Data centers operate at 70 percent of overhead energy. It means another 0.7 units are used behind the infrastructure of the data centers. So total PUE goes up to 1.7. Google has reduced this to 0.12 so the total PUE becomes 1.12, and this is a promising figure.

Google has also invested a lot in the projects that are producing renewable energy. Balko wind farm, Oklahoma; Solar power plant in Utah; Kern County, California are some such examples. Facebook has followed the same footsteps and its new data center in Fort Worth, Texas is entirely powered by renewable energy.

Efficiency of a data center and their effects on carbon footprints are directly related to each other and an efficient data center should be capable of using the energy to its best potential. Today’s data centers are taking various steps towards a more environment friendly future. Some simple steps are turning out to be very effective towards greater efficiency and greener results.

A typical server loses one third of the energy in the supply path itself. Conversion from AC to DC current is one reason for such loss. Another loss occurs at the voltage regulator. So if the power supply is designed properly and the number of stages for AC/DC conversion are reduced then the power loss can be minimized and the overall efficiency of the data center can be enhanced.

Temperature inside the data centers is a critical thing and keeping it at right level is necessary, for the same reason the airflow maintenance has proved to be one effective solution towards better efficiency. The ambient temperature can be kept at a desired level by preventing hot air to mix with the cold air by using well designed ducts and tough enclosures.

The electricity turns into heat after powering the servers. To remove this heat, data centers have been using chillers or air conditioning units to cool things down. But this process further adds to the carbon foot prints.

Use of water as coolant increases the green possibilities. Google’s data center in Hamina, Finland uses sea water to cool without any chilling unit. Rain water is also captured to cool down the heated ambiance inside the data centers. Waste water from the city or industry is treated and made enough clean to be used for cooling.

The trends at data centers have not been much environment friendly so far but the future is not bleak. Awareness towards bringing in a better future is rife and most of the data centers are taking meaningful steps to have a prolonged repercussion on the optimistic side of saving the environment. The users are breathing internet and the number is growing alarmingly, so are the data centers.

The impact on the environment is long lasting but still if these data centers don’t hoodwink themselves on the natural elements like wind, water and sunlight, the visible green patch on earth will remain unharmed in the satellite view of the Google map by the end of this decade or even later.