This Week in Getting Hacked: Your Smartphone Picture is You Edition

This Week in Getting Hacked: The Best and Worst Passwords of 2017 Edition 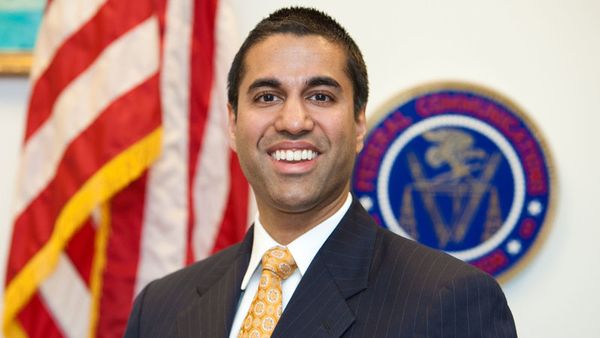 Oh no, not another Net Neutrality article. We’ve intentionally held off on the subject because there are far better more educated journalists that did a far better job of explaining the intricacies of Net Neutrality.
With that said, we felt it prudent (now that the dust has settled) to explain a little bit about it and how it will affect the data center space and the Internet in general.

We’re going to explain a little bit about what Net Neutrality is, so if you already know that, you can skip ahead to the next section.

What is Net Neutrality?

At its most simplest, Net Neutrality was a principle put in place by the United States government (it’s a world-wide principle too, but we’re going to talk about it in a United States point of view mostly) which told Internet Service Providers (ISPs) that they must treat all data on the Internet as the same.

This means they can’t charge different prices based on user, website, content, etc. ISPs simply could not slow down certain websites or charge more for sites/apps that pulled more data, like Netflix.

When Did Net Neutrality Take Place?

What most people don’t know is that there was no Net Neutrality in the United States until February 26 2015 as part of Title II (common carrier) of the Communications Act of 1934 as well as section 706 of the Telecommunications act of 1996.

Basically, this reclassified broadband internet access as a telecommunications service (read: necessity).
Now, there was broadband Internet before 2015, obviously, but the powers-in-charge then decided that it was something the American people could not live easily without—therefore it had to be regulated.

One of the main reasons Net Neutrality took place in the United States was due to the time period between July 15 and September 15 2014 the Federal Communications Commission (FCC) received 3.7 million comments to do so.

Why All the Commotion about Net Neutrality Recently?

We don’t pretend to be Net Neutrality experts, so we kept the introductory paragraphs rather short with links out to more informative pages.

We will, however, spend some time talking about all the hubbub recently. We’re sure you’ve heard about it. It was a topic plastered all over the news and many popular websites for the past several months.

For the past two years, Net Neutrality has gone on without a hitch to the general public. Apparently, the FCC and other U.S. Government bodies haven’t been too happy about it. With our world becoming increasingly smart (think of all the devices and how more often you’ve used the Internet (cord cutting, etc.) you’ve seen and done in the past two years) the Internet has become a more lucrative business than ever before.

Obviously, the ISPs are very wealthy corporations with their hands all over politicians. They understandably want more money for the copious amounts of data that are being used. Regulations are not their friend in this regard.

In the interest of being apolitical, that’s all we’ll say on the matter of why the ISPs would want to end Net Neutrality.

Their official statement on why comes from FCC commissioner Ajit Pai, who wanted to “modernize” FCC Internet policies to “match the reality of the modern marketplace.” He made those statements in January this year after the Trump Administration took office and Pai was named commissioner.

Later on in April, Pai proposed that less regulations and a reclassification of broadband as an information service would lead to more infrastructure investments and innovations from the ISPs.

To oversee the privacy aspect of things, Pai proposed to switch privacy from the FCC to the Federal Trade Commission (FTC), which doesn’t have rulemaking authority. For example, if the FCC sees that an ISP is acting as it shouldn’t in regards to Net Neutrality, then they can step in and intervene. The FTC cannot.

Pai also pushed for the guidelines enacted by Title II above (the ones that prevent ISPs from throttling, pay-for-using, etc. websites) to be slackened or removed entirely.

Despite a petition of over 2.2 million signatures, FCC commissioner Pai announced on November 21st that he planned to repeal U.S. Net Neutrality.

This sparked outrage Internet-wide as sites like battleforthenet.com appeared with direct links to petitions and numbers for your state representative complete with a script on what to say. Battle For the Net’s embedded widget was found on numerous sites around the web and news sites were flooded with opinions and news on the subject.

Conglomerate sites like Reddit listed how much money each Senator who was for the repeal was paid by ISPs and offered up what the Internet would look like with fake pages asking you to pay to continue to use the site or for the site to load faster.

The Repealing of Net Neutrality

However, on December 14th, the FCC voted 3-2 in favor of repealing Net Neutrality. The 2 detractors were Mignon Clyburn (D) and Jessica Rosenworcel (D). Pai and Michael O’Rielly and Brendan Carr voted in favor.

Since the ruling just came down last week and there will be plenty of appeals and lawsuits, it’s really one word against another.

Pai and the FCC will have to convince the American public that they repealed Net Neutrality in their favor and not in favor of the ISPs and, dare I say, their own pockets.
The fallout will be interesting and there are two schools of thought:

We can only wait to see, and if anything starts to happen, we’ll be sure to let you know.

But Wait! What About Net Neutrality and the Data Center

We didn’t forget about the data center’s role in all of this. It is, after all, why we’re even around in the first place.
As you can imagine, data centers around the country will definitely be affected by the end of Net Neutrality. One of the main benefits of hosting equipment inside a data center is to have access to the highest speeds and uptime.
If the ISPs do end up charging more for people who pull more data, customers within data centers will feel the pay spikes as well. Let’s hope it doesn’t come to that.

Hopefully you’re a little more educated on what Net Neutrality is (or was) and how it might affect your everyday life. Just remember, if you feel strongly about something, you do have a voice. Reach out and let your local representatives know. They are there to help you, after all.