How Artificial Intelligence Is Being Used in the Classroom

7 Things You Should Know about the Security of Cloud Storage

How to Prevent DDoS Attacks 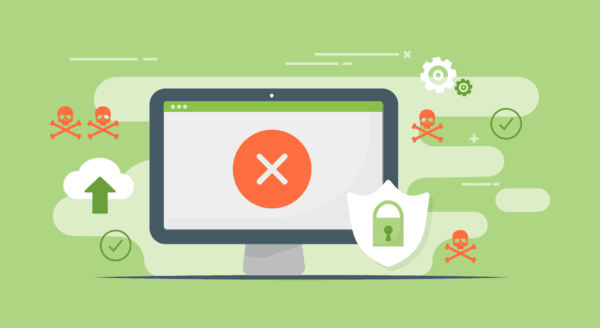 In this world full of technology, cyber attacks have become even more common and advanced than the technology itself.
Every coming day, we hear about a new cyber attack threatening the data and financial records of the organizations.
Cybersecurity stats say that over 58% of malware attacks victimize small businesses; which means that the firms can’t be anymore negligent on the security aspects no matter what their business size is.
One such Cyber Attack is a DDoS attack. Today in this article, we will see what it is, why do we need preventive measures and what are they.

What Is a DDoS Attack?

DDoS – Distributed Denial of Service.
To understand clearly about DDoS, we will first look at what is a DoS attack?
DoS attack is again a type of Cyberattack which intends to disrupting services provided by a server or a host over the internet.
The attacker targets a machine to send the fraudulent requests on the server or the host and makes it unable to provide the services to its users.
This attack, when made by a ring of attacking systems, is called a DDoS attack.

Why Do DDoS Attacks Need to Be Prevented?

According to a statistic report by Securelist, DDoS attacks have attained the hike of 500% this year which was 100% at the same time last year.
Why is this so important to discuss? Well, we can talk about some incidents.
In the early July this year, there was a DDoS attack on the Battle.net servers which clogged the players from logging in and launching games for over three days.
This attack significantly made a considerable impact on the game’s reputation which later resolved when Blizzard Entertainment accepted and fulfilled the conditions of the attacker.
One more attack is joining in this list. Again the gaming sites were targeted.
Three of the largest poker gaming websites and the players became the victims when they were forced to cancel their created events, also, faced the eventual loss of a sum of money.
Well, these are the biggies, but if we talk about the attacks on the others; you need to think about your business’ online store where hundreds of customers visit and shop on a daily basis.
These stats over here, create a sort of threats and hence, the requirement of taking preventive measures to rise.

How to Prevent DDoS Attacks on Your Site?

We saw what all hazards could be created by DDoS attacks to our business as well as customers.
Thus, it is quite essential as well as critical to consider and implement adequate preventive measures.
Here, we list a few useful tips to follow to stay secured against the DDoS attacks on your business.

Hiding from the attacker won’t stop the attack. Instead, develop a response plan towards the attack.
Depending on the size of businesses, teams need to be settled up to respond to the attack.
Understand the infrastructure and develop comprehensive defense strategies.
The way you start the battle fighting against the attack will decide how it will resolve in the end.
Ensure that your IT team and the data center are well prepared and aware in advance of the adversities of the attack and the roles each key member has to play to fight against the attack.
Further, there are the primary essential elements those are same for implication for every company:

List down all the assets you have which you can implement to identify the threat, assess it and the filtering tools.
Also, ensure the hardware and software level security.

Your IT team is well aware of the steps they should take against such threats.
Make sure you assign the correct responsibilities to the right person.
Also, ensure that everyone on the team is efficient enough to fulfill the duties assigned.


Once your team finds out the attack occurrence, they should be aware of the proper authorities to whom they escalate the scenario and contact for assistance.

When you are fighting against the attack, it is not your staff or users who should be suffering because of that.
Create a contact list well in advance and inform all your users and staff about the attack soon after identifying its occurrence; so that they can take necessary precautions.

To stay secured from every aspect of the attack, you need to make sure to protect every level with high efficiency in your systems and the network infrastructure.
This includes all the threat management systems and the interruption preventions. Also, combining the VPN, content filtering, load balancing, firewalls, anti-spamming, and various layers of the DDoS attack defense techniques.
This kind of management of the infrastructure comprises of everything from identifying the potential traffic discrepancies with the top level of exactitude in blocking the attack.
There are many network equipment available those provide the limited DDoS attack prevention options which may not be sufficient enough for your infrastructures protection.
You can look out for the cloud-based solutions available out there, which can assist you to use many advanced mitigation and protection elements with a pay-per-use option.
Apart from maintaining high-class infrastructure, ensure to keep your systems updated.
Systems not reorganized frequently, comprise of several loopholes, which gives the DDoS attackers the way to bump into your system.

While you focus on all the strategic infrastructure to fight against the DDoS attack, you should also enable those security elements available by default in your systems.
A DDoS attack is majorly intended to spoil the company’s reputation by making the users suffer.
The best prevention is ensuring the least possible user error during a DDoS attack.
You need to confirm that your organization uses the best simple security measures such as strong passwords that change in a stipulated period, and secure the firewalls allowing the least outside traffic towards the servers.
Well, these measures can’t alone stop the DDoS attack but can surely assist to reduce the risk.

It is very well said – “Never put all your eggs in one basket.”
By this over here, I mean to say that you should distribute your network systems and servers among different places.
Try keeping multiple network resources, when there is an attack on a server; the others are robust enough to handle the extra traffic.
Also, keep shuffling the servers geographically from time to time.
It is quite difficult for the attackers to target the outspread resources.

Cloud-based networks have brought much more ease and facilities in our daily lives.
There are many advantages to tell that how beneficial cloud can be as a network system.

Well, it is entirely inadequate to rely on a single system when you need to fight against something so harmful, and you must consider balancing between security and flexibility to keep your organization’s network robust.
Conclusion
DDoS attacks are the threats which can harm even small and medium-sized businesses as well.
Attackers are always under their hoods thinking of all the malicious activities they can perform to harm your company’s reputation.
It will help if you are attentive enough towards the aspects which can welcome them inside your network and let them harm the servers and users.