Home | Cyber Security News | This Week in Getting Hacked: Twitter Urges You to Change Your Password Edition

Home | Cyber Security News | This Week in Getting Hacked: Twitter Urges You to Change Your Password Edition

Twitter is having a plain text issue and is urging all of its 330 million users to change their passwords. That’s a lot of users and…well, maybe some people just need to be locked out of their accounts. Let’s be honest.

According to sources, there’s no actual evidence that the breach will affect anything regarding your account security, but for once a company is taking preventative measures before something bad really happens. Kudos, Twitter.

If you drive a Volkswagen or an Audi you are now vulnerable to remote hacking! Huzzuh! I mean, the hacker can only glean less-than-useful information from you, but researchers on the matter suggest they could get GPS information and track you that way.

What’s more shocking (not) is that researchers found out about the flaws way back in July of 2017 and VW just sat on it. Great. Here’s VW’s official statement.

This is a shocking statistic: Over 20,000,000 Chrome users are victim of Fake Ad Blockers. What? Literally everyone I’ve talked to (albiet, that’s significantly fewer than 20,000,000 people) who even knows/wants to use an ad blocker knows of just about two of them. 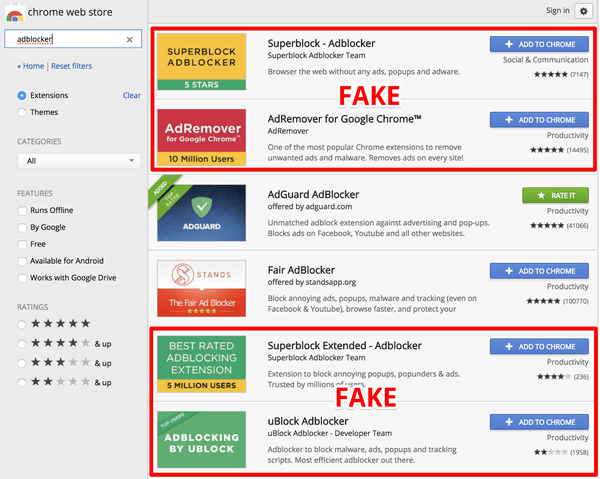 But according to this article, people are just silly.

May the Fourth be with You Everyone: Rebel scum have hacked into servers on the planet currently being helped by the Empire, Scarif and have stolen top-secret Empire plans for peace-keeping technology.

ARE WE BLIND!? DEPLOY THE GARRISON!

That’s it for this week, folks. Please change your passwords and disable Cortana when not in use. People are smart. You are not.

This Week in Getting Hacked: Twitter Urges You to Change Your Password Edition was last modified: March 13th, 2019 by Q.C. Crea

Our Team is Standing By
This Week in Getting Hacked: Twitter Urges You to Change Your Password Edition was last modified: March 13th, 2019 by Q.C. Crea