7 Tips to Improve your e-Commerce SEO

This Week in Getting Hacked: More Like EverNOT, Right? Edition

Why Are Big Banks Looking at Bitcoin? 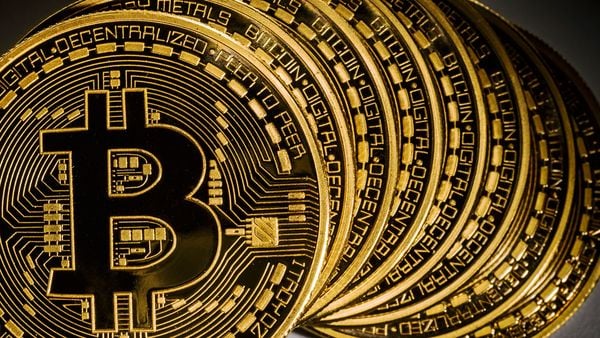 Earlier this month, the Bank for International Settlements (BIS) released a report which called for central banks to stop fighting digital currencies and actually begin to adopt certain aspects of them. The BIS is comprised of members from some of the largest financial institutions, including 60 central banks that make up nearly 95 percent of global GDP. Here’s that report.

Many of these central banks have already started testing the idea of implementing one aspect of digital currencies: the blockchain. Blockchain technology was developed as a security measure for Bitcoin, and it has already been proven to keep digital currency safe from outside manipulation since its inception in 2009.

But, even though blockchain would help banks with their security issues, it would also fundamentally go against the reason it was created, and it might end up creating more problems than it solves.

What Is the Blockchain?

Bitcoin was specifically designed so that one could ever have control over the currency. In the original White Paper, Bitcoin’s founder, Satoshi Nakamoto, defined the vision of the digital currency as, “A purely peer-to-peer version of electronic cash [that] would allow online payments to be sent directly from one party to another without going through a financial institution.” In order to this, they needed to create the blockchain.

Central banks have always used ledgers to record transactions, and keep track of their currencies. These ledgers provide security, and allow others to trust in the currency. The blockchain, on the other hand, achieves the same things with a decentralized peer-to-peer network. The blockchain uses the existing network of miners, developers, buyers, and sellers to keep track of transactions, and ensure trust in the currency. So, instead of a trusting in central institutions, which have been known to manipulate currencies, the Blockchain places trust in complete strangers.

It might sound odd to entrust your money with strangers, but since the blockchain is shared among such a large number of peers, who all keep a record of every bitcoin transaction that has ever occurred, and that record is constantly being updated, it would be nearly impossible to manipulate that record. And, since your personal information is pseudonymous, the blockchain can even be publically available for anyone to see, without any fear of being hacked. You can see all the Bitcoin transactions in real time here.

The transactions are also much cheaper at the same time. For example, Bitcoin transfers can cross borders without the need for any fees. There is not a bank, state, or third party that can allow such low fees.

“Blockchain-based technologies offer up the chance of simplifying complex intermediation processes for payment and settlement activities,” said Carl-Ludwig Thiele, a Member of the Board of Germany’s central bank, Deutsche Bundesbank.

“Virtually all payment service providers are therefore currently looking for ways to apply this technology.”

If central banks began to use this technology, they would be able to save a lot of money. The bank of England released a paper that states that adopting these systems could even boost their GDP by three percent.

However, the very existence of a P2P blockchain minimized and undermines the need for a central bank in the first place.

Ever since currencies around the world were untethered from the gold standard, money has only been backed by assets that cannot be sold on the open market. That means if there was a run on the banks, they wouldn’t have nearly enough in assets to meet that demand. A central bank, “holds only liquid assets on its balance sheet,” the Bank of England’s Bank’s Deputy Governor of Monetary Policy, Dr. Ben Broadbent said. That means that currencies only have value based on trust, which is one reason we have seen bigger bubbles that are easier to burst.

That’s why these banks are proposing that the blockchain would be maintained by a small network of major players in the financial system. Only a small amount of registered entities, including central banks and the biggest financial institutions would be a part of the network of peers.

The main reason that these banks are looking to utilize the blockchain to have ledgers that would be updated in real time. They want to have backups in case one central bank’s computers went down for any reason. They would also gain from quicker, cheaper, and safer transactions.

“There is currently a whole industry set up to reconcile and audit all these separate ledgers, and you can’t easily connect them,” Carolyn Wilkins, senior deputy governor of the Bank of Canada said. “This comprehensive shared data source could be a real benefit.”

But, a central bank using blockchain is antithetical to the digital currency, as even more power would reside in one place, and the currency could be manipulated even easier. While the whole point of Bitcoin was to take power away from the hands of the few, it might actually give more power to them.

If a central power had your wallet information, and control over the entire blockchain, they could purge your record completely, and there would be not evidence that your money ever existed.

The good news is that Bitcoin is not going away, as you can see by the value of the digital currency, which has been going up steadily since the beginning. So, now might be a good time to invest in digital currencies.