How to Stop a DDoS Attack before It Happens 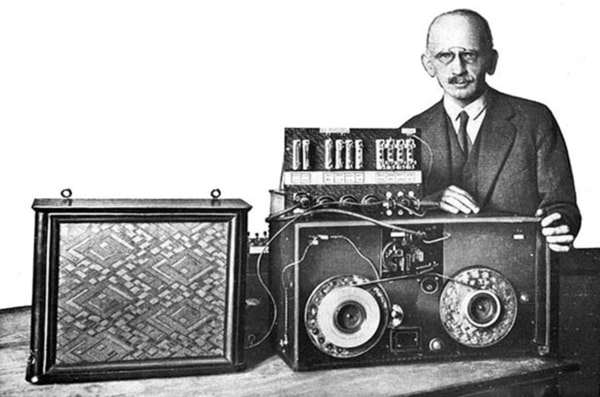 Since the beginning of recorded history, information has been handed down from generation to generation with stone carvings, by word of mouth, and finally with paper. When paper was invented, it made backups a lot easier; it was less time consuming than chiseling it into stone, and the message did not get lost as easily as word of mouth, however, paper does not last forever. So, in order to make a backup copy, someone had to copy the entire book, word for word.

That’s how things went for hundreds of years until the invention of electricity, when we began to backup data in a whole new way.

How Punch Cards Changed Everything

In the year 1880, the United States took its 10th census (as it has done every 10 years since it was written in the constitution) But, since the nation was growing so fast, it took eight years to finish gathering the data from that census. And, it was predicted to take up to 13 years to do the same for the 1890 census, which would mean that the country would be taking a census while it was still compiling the data from the last census.

So Herman Hollerith, a census bureau employee at the time, tried to figure out a more effective way of compiling all that data. To solve the problem, he turned to an old technology; punch cards, which had been used for nearly 100 years in the French textile industry. Hollerith took that idea and made a simple machine that could read punch cards to record lots of different sets of data at once.

When a punch card was placed in the Hollerith machine, a series of needles would be lowered onto it. Any of these needles that passed through the perforated holes in the punch cards would make contact with a bed of Mercury that was under the card, which would close an electrical circuit. Each needle was hooked up to a counter, which recorded and tallied every time a needle passed through a perforated hole.

This allowed for different sets of data to be recorded and tallied much easier. In fact, Hollerith’s machine worked so well that he was able to compile the data from the 1890 census in less than a year. With his success, Hollerith went on to found the International Business Machines Corporation, or IBM.

How Magnetic Tape Changed Everything

While Hollerith was looking for solutions for the census, he also experimented with punch tape, which is just like a punch card, only in a roll form (similar to the rolls used in player pianos) However, he did not end up using it, as he found that the paper rolls were more fragile than punch cards.

It took forty years for Fritz Pfleumer, a German Engineer, to take Hollerith’s idea of punch tape and finally made it work. Pfleumer coated the tape in an iron-oxide material, which allowed him to permanently magnetize it. Then, he used outside magnetic charges to write data on the strips. Just like the punch tape, the magnetic charges could be read and written with a machine.

With one roll of magnetic tape, you could store as much data as 10,000 punch cards. Also, magnetic tape was re-writeable, allowing for new sets of data to be written over old sets of data. This revolutionized the way that data was backed up. Soon, businesses of all sizes and even some home users were able to backup data with magnetic tape.

However, the problem with magnetic tape was in their design; information had to be stored sequentially, which made it very hard to recover specific information, as you would have to find the very spot on the tape that you backed up the data to before you could retrieve it.

How Floppy Disks Changed Everything

Pfleumer’s idea of storing data with a magnetically charged tape was so revolutionary that another 40 years later, a field engineer at IBM, Alan Shugart, tweaked the same idea to create the floppy disk drive (FDD).

The idea was very similar to magnetic tape; using a magnetically charged material to record data, but it was the design of the floppy disk changed everything. Rather than storing the data on a roll, floppy disks were flat. This meant they did not need to store data sequentially, so any data could be accessed and recovered instantly.

Floppy disks became such an industry standard that their image is still the symbol for the “save” and “backup” icons in your modern computer systems. However, the demand for more storage continued to grow, and since floppy disks could only hold a few hundred kilobytes at best, another innovation had to be made.

How Hard Drives Changed Everything

Hard disks actually date all the way back to 1956, when IBM introduced the 305 RAMAC. It was larger than two refrigerators and only held 3.75 megabytes (MB) of storage space. So, it did not catch on with many businesses at first.

But, having all the equipment together allowed for hard disk drives to become smaller and cheaper. We now find them in every computer, and are commercially available at 6 terabytes (TB) of storage.

However, the problem with hard drives is that they don’t last very long. The typical hard drive will not survive more than 10 years, and 50% of them do not survive their 6th year. This creates a big problem, as you would have to make several backup copies to ensure that your data was secure, and even then you can never really be sure.

Then, when the internet was invented, we began to backup data in a whole new way.

How Data Centers Changed Everything

In the 1980’s and 1990’s, the internet became a bourgeoning marketplace. Suddenly, businesses needed to have a consistent presence online. So data centers were built to backup data and ensure a consistent online presence.

Data centers are basically made up of lots and lots of hard drives, all plugged in together. At first, only larger businesses could afford to have their own data centers, which left smaller businesses at a disadvantage.

So, internet data centers or colocation facilities were built to accommodate smaller businesses. Colocation allowed for any business to rent data center space without having to build the entire infrastructure of their own data center from the ground up. Rather being responsible for maintenance and administration, it was much cheaper to use a colocation facility.

How the Cloud Changed Everything

Private data centers and colocation soon paved the way for public data centers, which later became known as the cloud. It allows everyone to have a little piece of a data center, where they can backup their data to a safe and secure location. The IT teams at the cloud are able to manage a data center for thousands of businesses and people at once, which brings the cost down for everyone.

However, there are issues with keeping everyone’s data in the same place. It is really important to find a cloud provider that focuses heavily on security. Since so many people are sharing the same security, it becomes a target for hackers.

What the Future of Backups Entail

The future of data backups is still unknown. Without the innovations of electricity we would still be using paper to backup all our data, and the next big innovation is impossible to know. Whatever innovations are made in the future, they must be able to handle larger and larger sets of data. As we have seen, the trend is toward big data, and that trend does not seem to be going away any time soon. 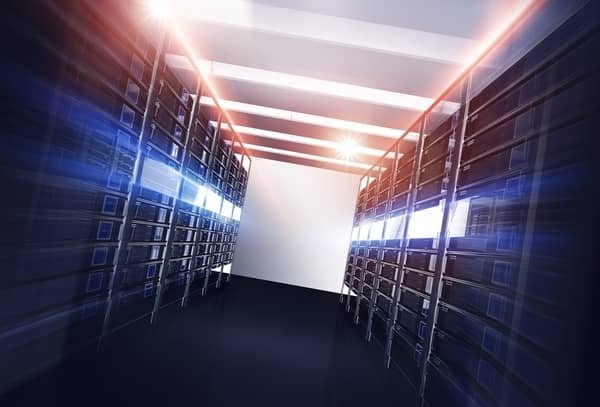