The Internet of Things: It Will All Get Hacked 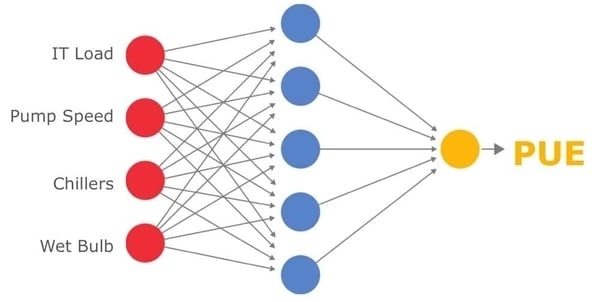 Well, the time is finally here folks. Time to pack up your bags, run to the hills, and hope one of the Connors will bail us out again.

But before you do all that, take some time to learn about why you are running for the hills. Remember: always know your enemy. But this time, much like Soviet Russia, your enemy will be learning you.

The latest creations out of the imaginations at Google are machine-learning, artificially intelligent computers that squeeze every last drop of efficiency out of their Data Centers.

Effectively, Google has created machines that know more about their Data Centers than not only you and me, but even the engineers that created them in the first place. Yikes.

Wait, instead of fearing these machines, why not let them try and help us? That’s a pretty novel idea, eh? And that’s exactly what Google is doing. But how is humanity supposed to control something that knows more than its creators? Well, Google has played their trump card.

Jim Gao is the master-mastermind behind these super-efficient machines and was labeled a “boy genius” by his peers not only for being a boy and a genius, but for being able to analyze and dissect large sets of data at a head’s turn, something which his computers would have seen coming and made more energy-efficient.

Regardless of the cyclical-ness of that last statement, let’s talk about what these machines actually do: manage Power Usage Effectiveness (PUE).

Gao realized that the human brain is capable of learning and adapting to things that it necessarily wasn’t programmed to do—a major downfall of computers. That’s why he designed a sort of neural network which allows computers to more or less mimic the human brain in this capacity.

Next, Gao’s superpower allowed him to analyze which factors were limiting PUE and he dwindled those factors into a list of 19. Then, he programmed his neural network to analyze those factors and discover patterns and nuances to help maximize PUE.

Gao said in an initiative paper of his, “the sheer number of possible equipment combinations and their setpoint values makes it difficult to determine where the optimal efficiency lies.” So, naturally, he designed a machine to do it for him.

Does the Machine Learning Actually Work?

From all of Google’s testing, it apparently does. Gao said, “…machine learning is an effective method of using existing sensor data to model [Data Center] energy efficiency and can yield significant cost savings.” Cool.

And, these machine-learning machines can operate on just a single server, or even one of those high-end desktops you see at all those Starcraft conventions. More cool.

Gao’s computers were put to the test inside a few of Google’s own data centers and it was able to determine changes which significantly helped those data center’s PUE—by itself.

In a word, no. So if you trust Google and have never seen any of the score of self-aware-machine thrillers on the big screen, then rest easy.

Google claims that they still want their engineers to review the data that comes in and make judgments accordingly. Well, that’s good then. Until Gao creates machine-engineers, that is.

Google also wants the public to use the technology they’ve created and tested and have shared Gao’s papers on the subject. Whether they did that, or their machines did because sharing that data would make all Data Centers more efficient, remains to be seen.