It’s been nearly two weeks since President Barack Obama won his re-election. While it was a close race – many attribute his win to the highly specialized software systems built in-house by Harper Reed’s dream team. A look into how and why the coolest IT crowd beat out the GOP’s technology efforts.

We live in an exciting time to say the least. A time when the success of a political campaign depends heavily upon a custom built IT infrastructure.

Weather you lean a little to the left, a little to the right, or maybe somewhere in between, it’s hard to deny the success of the presidents social media presence and his team’s un-canny ability to mobilize voters thanks to their data platform Narwhal.

Despite a rocky start, network downtime, not to mention an unorthodox approach, Obama’s tech team managed to pull it off.

Historically, political teams outsourced technology efforts to firms specializing in such efforts. Obama’s team decided to bring technology efforts in house by assembling a techie dream team: elite talent, barely in their 30’s who had previously worked for twitter, Facebook, Google, Quora and Craigslist. “Narwhal” was the data platform responsible for tracking voters, volunteers and raising hundreds of millions of dollars online. 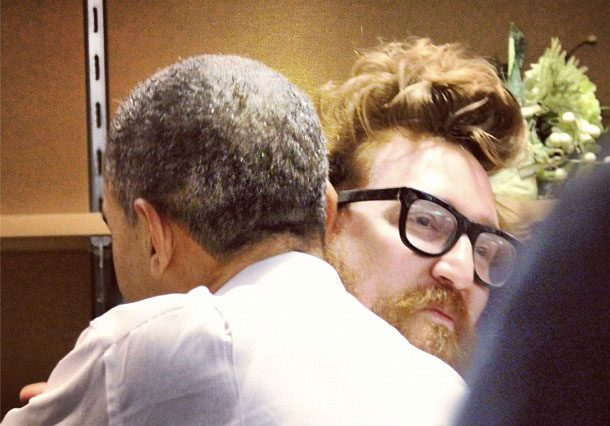 Obama’s techie dream team did indeed face adversity – no one knew if they had what it took to re-elect the President, though they made it easier for voters to engage with the President.

When Hurricane Sandy brought down data centers in New York, the Obama team lost packet data yet reacted quickly and backed up to data centers situated on the West Coast.

The tech team had a disaster recovery plan in place, ran “what if” scenarios feverishly and replicated their data base in case something failed. As it so happened, something did fail and everything worked out beautifully. So how did they edge out the GOP technology efforts?

So much relies on the technologists these days. The Republican answer to Narwhal was Oraca. Camp Romney deployed its technology in an attempt to bring out every last voter in Ohio and Florida. Yet somehow, that software failed to effectively mobilize voters and keep them up-to-date in real time during the election. At fits glance, it appeared that Oraca was an independent organization, yet reports cite that campaign efforts were managed completely by volunteers. Did they have the proper tech support? Perhaps, though perhaps not.

Oraca was supposed to be a mobile app for voters, yet was only a website optimized for mobile use. Packet loss and lack of redundancy may have played a role in the GOP loss. Others say that the GOP simply failed to mobilize as well as the Obama Camp. If many relied on Oraca as a reporting tool during the election, they we’re left bumped out of the system because the site wasn’t properly optimized. In retrospect, no one really knows how much of a role Orca played in Romeny’s loss, yet one thing is certain: perhaps it is best to design campaign software in house.