This Week in Getting Hacked: Are We Still Talking About Ashley Madison Edition? 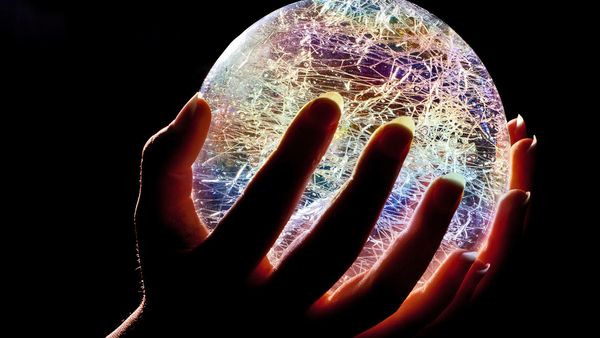 2016 is almost over, and it’s about time to look forward to a new year. Thankfully 2017 is predicted to be a big year for technology. According to Frank Gens, IDC’s SVP, “We are at an inflection point. Over the next three to four years, digital transformation efforts will no longer be ‘projects,’ ‘initiatives,’ or ‘special business units’ for most enterprises. They will become the core of what industry leaders do and how they operate.”

So, in the spirit of the new year, here’s a look at the biggest IT predictions for 2017, and what they could mean for the future.

When We Will See the Battle of AI

Today, more than half of the teenagers in the United States already use voice searches like the Siri app on a daily basis, so it’s not hard to imagine a future where a significant portion of web-based searches are made by voice commands alone. And, since it has been predicted that there will be over 100 million new AI (artificial intelligence) assistants like the Google Home and Amazon’s Echo in the next few years, it is not hard to imagine a future where a lot of websites heavily rely on voice-enabled AI chatbots for site navigation.

Cognitive AI programs will also give businesses the ability to tailor ads for their customers in real time. Mass marketed spam emails will become a thing of the past, as machine learning will have the ability to understand each customer’s specific interests after looking through their purchase history and other details.

Within the next year, businesses are expected to increase their investment in AI by 300 percent, which is predicted to lead to a period where the top companies will compete to be the leaders in the AI industry. This period is already being called “the battle of AI platforms,” and the companies that come out on top have the potential to “steal $1.2 trillion per annum from their less informed peers by 2020.” 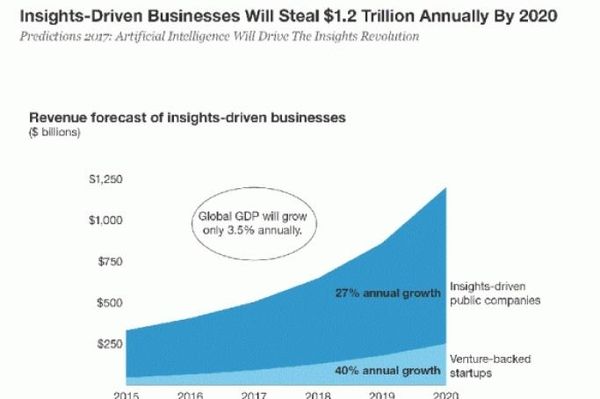 AI insights-driven businesses are predicted to have exponential results

When AIoT Will Live on the Edge

Advancements in AI/machine learning technology are not only going to handle customer service calls in the future, it is also predicted to handle all the big data from IoT (Internet of things) devices.

At the moment, there is a lot of data coming from the number of IoT devices. By 2018, it is predicted there will be 21 billion IoT endpoints generating 400 zettabytes of data. All of that data has the potential to save businesses and consumers over $1 trillion in maintenance, services, and consumables. However, the cost of moving and storing so much data is crippling. So, only a fraction of this data will be stored in the cloud, while the rest of it will live on the edge of the cloud.

This will not only save money but also lower the latency, making the data easier to access.

Edge computing is shown to be much cheaper than moving data to the cloud. Source Wikibon.

Also, since AI can pick out the valuable data, it can also decide what is worth storing locally, what is worth storing in the cloud, and what can be thrown away. After the most important data has been defined, AI can also protect that data by automatically encrypting it, even while it’s in motion. Without AI, these encryption keys would be nearly impossible to maintain, as the backup keys would at risk of the same cyber-attacks as the data stored on the system.

This is why it is being predicted that 100% of IoT devices will be supported by some form of AI by 2019. In fact, AI and IoT will be so linked, that we are about to see the rise of a new acronym: “AIoT.” And, through 2020, it is predicted that all of the data from these AIoT devices will not even increase data center storage demand by three percent.

When Blockchains Will Secure Everything

Security is the biggest problem with IoT devices, since a hacker only has to breach one IoT device, and they will have access to the entire network. This means that power grids, traffic lights, water supplies, and anything else controlled by an IoT device could be vulnerable. With so many devices in a smart city, a hacker could gain control of a botnet that could carry out massive DDoS attacks the likes of which we have never seen.

Starting in 2016, companies will begin to utilize the blockchain to protect their important data. Blockchain (a peer-to-peer encryption technology) started with bitcoin and has kept the digital currency safe from any kind of outside manipulation for over 7 years.

When IT Teams Are Holistic

With all of these major changes in technology, it goes without saying that IT jobs will also go through some major changes as well. One of the predictions states that the majority of businesses around the world will have a chief data officer (CDOs) by the end of in 2017.

A CDO is in charge of data management, security, and analytics is different from a chief information officer (CIO), in that a CDO’s responsibility is to experiment with new technologies, rather than being an expert in the old ways. They are meant to find ways to reinvent their IT organizations in the new data-driven world we are entering.

What 2017 Will Springboard into the Future?

In the coming years, it will be necessary for businesses to evolve with the new IT concepts and skills. As technology changes at breakneck speeds, it will be important to have a holistic understanding and can make quick, informed decisions about the direction we are heading.