TCP/IP vs UDP: What’s the Difference?

What Are Some New Technologies in the Healthcare IT Sector

Smart Homes: Past, Present, and Future 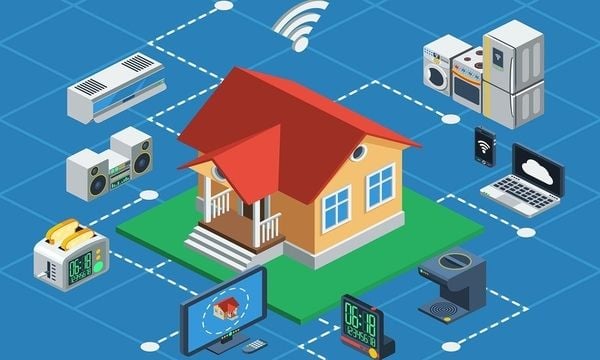 “By the year 2020, the number of devices connected through the internet worldwide is expected to reach 31 billion”, as per reports from statista.

Devices are being connected via the internet since the time of its inception (when it was even called by a different name) more than 40 years back. Now, what’s staggering and worth the hype is the sheer number of devices getting connected, and more importantly, it’s no longer only the devices that are getting linked. Internet of Things (IoT) is bridging the gap between the device to device, people to the device and also people to people. https://www.youtube.com/embed/W_zdT0hKMUc“The global smart home market is forecast to reach a value of more than $53 billion by 2022”, as per reports from Zion Market Research.

What comes to your mind when you hear the terms ‘smart home’? ‘The Jetsons’? Where George Jetson had a futuristic abode. Or Bill Gate’s ‘way ahead of the time’ smart home which was built in 1997? Bill Gate’s smart home took seven years and a whopping amount of $63 million to realize itself into reality. It’s not surprising to note that, Bill Gate’s vision of building himself a smart home was derived from the popular American mystery drama “Citizen Kane.”

Similar to Bill Gate’s smart home, some smart products in today’s world has derived its inspiration from sci-fi books and movies. Many technologies which have now become a significant part of our daily lives have uncanny mentions in science fictions written decades ago. For instance, the first vision of a smart home with instances of communication via screens got mentioned in ‘The Machine Shop,’ a short sci-fi written by E.M Forster in the year 1909!

We shall explore some more of these references, as we ‘time travel’ the past, present, and future of smart homes.

What Paved the Way for ‘Smart Homes’?

With the advancement of technology, the definition of ‘smart’ too kept evolving. For the current generation ‘smart’ is something which can operate on its own and make an informed decision with least manual intervention, thereby saving time, money and energy.

So, how did we reach a stage of being able to give this definition?

Though not smart enough for today’s world, but the above devices paved the way for smart devices that followed. The engine-powered vacuum-cleaner of 1901 followed by the electricity-powered one in 1907 saw a series of new inventions after that.

In the year 1939, the popular mechanic magazine, ‘The Electric Home of the Future,’ predicted the use of remotely connected devices.

The year 1966 is marked by the introduction of the first home computer named ECHO IV. Though not a commercially successful one, it got the wheel of home automation started. A year later, Kitchen computer was born which would store recipes, but that too didn’t take off commercially.

George Orwell’s ‘1984’, published in 1949, mentions voice assistant, voice recognition technology, an instrument that could compose songs without any human intervention among many others while portraying a dystopian future. Science Fiction authors’ predictions from wearable technology to 3D printing are indeed astounding.

In 1975, X10, the communication protocol for home automation was released. X10 could send digital information to programmable outlets or switches, conveying commands to respective devices and controlling their actions. X10 was developed as a one-way communication technology, rendering the devices only to take commands and not send back any data. X10 later did allow two-way communications. Now, however other combination protocols have evolved to serve certain specific use cases.

It was early 2000, which made some substantial researches and inventions towards an affordable and sustainable smart home. In 2000, LG Internet Digital DIOS, the first refrigerator to have internet connection was born.

In the year 2010, Nest labs were founded and then came to their WiFi-connected thermostat a year later, followed by a smoke/CO detector and security cameras.

CES of 2013, was the first time that home automation and other smart home products ruled the show.

What Smart Home Devices Are out There?

‘Smart home’ is associated with control and ease of everyday activities which ranges from tasks as simple as ‘turning on lights’ to as complicated as ‘being welcomed with a full air purified home ambient.

One thing to note here is that there are already more connected things than people in the world. Out of all the connected devices, more than a half are expected to be consumer products, thus, adding to the smart home ecosystem.

From the recent patent filing trends, it’s evident that major multinationals are devoting significant research and development in the area of home automation. There’s no denying the fact that, this one area has brought Google and Amazon face to face. LG, Panasonic, Sony are the other major patent filers.

The year 2014 was marked by the launch of Amazon Echo, followed by the release of Google Home two years later. Alexa, the assistant that was built within Echo gradually got integrated into several products. Like, we have got Alexa controlled smart fan and more.

One prominent mention can be made here of Indoor Positioning. Bill Gates, in his book ‘The Road Ahead,’ left the reader with certain details about his home. He writes, “First thing, as you come in, you’ll be presented with an electronic pin to clip to your clothes. This pin will connect you to the electronic services of the house. The electronic pin you wear will tell the house who and where you are, and the house will use this information to try to meet and even anticipate your needs — all as unobtrusively as possible.” This implies an instance of positioning technologies in a smart home.

Indoor Positioning is gradually gaining prominence is sectors other than homes, like Factory Automation, Hospitals, Shopping Malls. Consequently, some evolutionary technologies are gaining grounds in this vertical.

As per a presentation from Samsung’s CEO, Tim Baxter, 90% of the consumer electronics devices from Samsung are already IoT enabled, and by 2020 all of their consumer products will support IoT and AI.

LG’s CTO, I.P. Park too once announced that all of their consumer products support WiFi and are IoT ready.

Smart lighting which adjusts itself by detecting the presence or absence of any occupant in the room, smart security cameras which will enable you to monitor your house remotely are already being commercially available.

Smart Locks can be programmed to allow or deny access to visitors based on certain identifiers. Amazon Key is a good example of this which allows the authorized shippers to access amazon prime member’s home or post office box.

What’s Next for Smart Homes?

Gartner predicts that a typical family home will contain more than 500 smart devices by 2022.

A recent report from Crimson Hexagon found that from 2014 to 2017 the sentiment towards smart home technology started to sway, with over 60% of consumers favoring the technology.

So, in the immediate future, we can expect a mass adaptation of smart home products with technology evolving to be more efficient, cost-effective and secured.

On big challenge that still stays on the way of the widespread adaptation of smart home is ‘integration.’  We can have a voice-controlled smart fan, remote controlled air purifier, a smart mirror, an indoor positioning system. But all the existing products have to be controlled separately, and till the time there’s no integrated controlling protocol implemented, there’s a little hope for smart homes to be available on a commercial scale.

Security is another issue which IoT, in general, is facing. So, in the future, we can expect more secured solutions.

Why Do You Need a Smart Home?

You love your home and are perfectly fine with having to switch on and off your electronic devices yourself. You have no issue with the basic security system installed at your premise. Then why would you even think of spending on a smart home? You could probably save those bucks for a vacation or a dozen books!

Well, let me see if I can change your mind…

When you are away for vacation leaving you to house empty, what safety measures do you take? Ask a neighbor to regularly check on your house and then ensure you that all is well? With a smart security setup, you could remotely monitor your home and get automatically notified in case any queer activity occurs.

Then, let’s talk about the elderly population. Sure, you can get manual help in taking care of them. But, won’t it be great if they were provided with a smart help? Which would constantly monitor their health, call a doctor when necessary and remind them to take medications.

Then, the benefits of saving energy and improving efficiency are endless with the application of smart technologies. You won’t have to bother to turn off the switches before you leave your home. It can detect your absence and switch off itself.

When Can We Expect to Get Our Homes Smartified?

We can’t say that yet. But it’s going to be very soon, as IoT devices have already outnumbered the human population. With constantly dropping prices of sensors, connectivity, etc., the era of smart homes is not very far. But how useful or widely accepted would that era be, is still a topic of skepticism? Either we want it or not; we definitely can’t escape it.

Ipshita is a technical blogger and a Sr. Marketing Executive at PathPartner, a product engineering specialist, providing concept-to-production services to customers across automotive, consumer electronics, broadcast, medical and internet-of-things domains.