Are There Benefits to SEO Hosting?

This Holiday Season, Talk Business at the Dinner Table

This Week in Getting Hacked: ISIS vs Anonymous 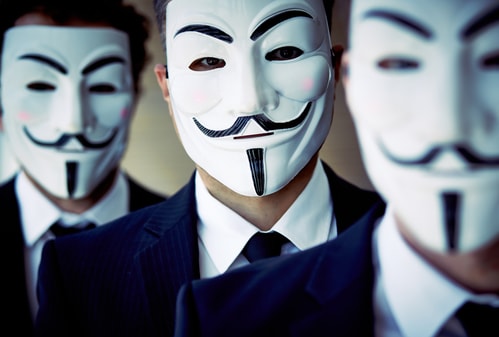 Days after ISIS claimed responsibility for the Paris terror attacks, hacking group Anonymous declared a ‘cyberwar’ on ISIS in a viral YouTube video with a man wearing a Guy Fawkes mask. While the skills and help of Anonymous is appreciated, are their efforts more than a wrinkle in the overall plans of ISIS? And is it anything other than just one giant “LOOK AT US” campaign?

Anonymous initially targeted ISIS in the days following the Paris attacks, releasing a YouTube video with an actor wearing a Guy Fawkes mask, as has become a signature of Anonymous. They threatened to attack ISIS online, taking down websites, forums, and Twitter accounts in an attempt to disrupt the communications of the group, rendering them effectively useless—at least that is the plan. Shortly after the declaration of “war”, Anonymous said it had taken down 5,500 ISIS Twitter accounts, which then ballooned to about 20,000 Twitter accounts only days later after publishing a DIY guide on how to locate and hack ISIS accounts. Unfortunately, a Twitter spokesperson put the kibosh on that number rather quickly, saying that they were ‘widely inaccurate’.

So what is really going on? Well, Anonymous’ ISIS-hunting methods might be a little off. Using very broad parameters–including language, location, keywords and more–Anonymous gathers a list of Twitter accounts, then designates them to be ISIS affiliated or not. Turns out, a lot of the times they are wrong, because academics, journalists, and activists have all been caught up in Anonymous’ ISIS fishing net. Sometimes you catch a tuna, sometimes you catch a boot, but I guess it doesn’t matter to Anonymous as much as a raw number like 20,000. Want to know how much only the number matters? Free Thought Project has an article with a very pro-Anonymous slant, which looks more like a plea to “Pay attention to us,” than to build up their usefulness in taking down ISIS.

Is that the endgame? Is Anonymous using the Paris attacks and this ISIS hunt as a way to gain relevance? If it is, it worked; their video that had all the drama and flair of a Hollywood production went viral, got their hashtag trending, and got their name in the news again. Anonymous’ focus on the Paris attacks and ISIS overshadowed a mishap in their reporting and releasing of information earlier in November, as Anonymous released a list of KKK members, some of which had absolutely no ties to the hate-group. It seems as though Anonymous’ protocol is to shoot first, ask for forgiveness later.

Anonymous’ chest beating and declarations of war may all be for show, as many think they not only aren’t helping take down ISIS, but are actively hurting a government’s efforts to track down and locate ISIS members.

Anonymous’ chest beating and declarations of war may all be for show, as many think they not only aren’t helping take down ISIS, but are actively hurting a government’s efforts to track down and locate ISIS members. Taking down these communications on Twitter and message boards can hamper intelligence surveillance, where monitoring and locating members is much more beneficial than taking down the platform as a whole.

No matter what the intended effect, an increased ‘cyberwar’ against the Islamic State is important as their social media and online efforts become more widespread. With a move towards encryption, locating terrorist groups will become harder and harder, so being proactive in an effort towards eliminating the threat in online circles becomes more important, no matter who leads the cause.
However, I will say that Anonymous trolling ISIS with Rick Astley videos is hilarious.

This image was just too good to pass up

Dell wants to apologize for unknowingly including the Superfish malware into their recently released hardware. “Sorry about that everyone, didn’t mean to get you hacked right out of the box!”

With ISIS being in the news, and their extensive use of social media and online platforms to recruit and communicate, as well as the multiple major breaches of big companies in the US, cybersecurity will definitely be at the forefront of the 2016 Presidential Election.

Researchers in Dallas warn of a new malware that will steal your credit card information, ModPOS, being a very credible threat this holiday season. So, you know, look out for that.

This guy wants to know if you’re spending too much on cybersecurity? No.