The ‘Internet of Things’ Compatibility Issues

Why the United States Doesn’t Worry about International Laws

Sure, the US might not have won the World Cup, but we’ll be damned if we’re not imposing our will overseas.

The US Justice Department is asking Microsoft to hand over some e-mails on servers located in Dublin, Ireland. And that’s not cool with pretty much everyone. Literally, nobody is on board with that.

Except a magistrate judge who was all, “Sure, you can ask for e-mails that are way outside of our jurisdiction. USA! USA! USA!” The Obama administration is essentially saying that any company that does business in the US is subject to valid warrants for data, even if the data is overseas citing a Reagan-era law called the Stored Communications Act which doesn’t grant data stored online the same Fourth Amendment rights as data stored in the physical world. Microsoft has appealed the ruling from the magistrate, citing the “You’re Not the Only Country in the World” Act of 1 B.C.. 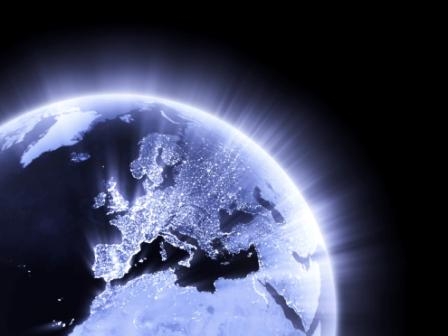 This screams of a double standard, too. Can you imagine a European country—let’s say Spain—being all, “Hey US company, give us your data right now because you also do business in Spain and we have jurisdiction in your country because we said so.” The US government would flip its lid.

Microsoft isn’t the only one opposed to this ruling either. Verizon, Apple, Cisco and AT&T are all, “Yeah man, you can’t do that.” They said the US should seek to cooperate on things like this with foreign countries via treaties, something that the US government said wasn’t a good idea.

I mean, why knock and ask to come in when you can just kick the door down, right?

But there already is a treaty in place, according to the Irish Supreme Court—something called the Mutual Legal Assistance Treaty that is in place between the US and Ireland that allows for Irish and American governments to work together in legal cases. So there is a path, but the US just doesn’t want to use it. USA! USA! USA!

The implications of this case, as well as other Fourth Amendment cases, in the new digital age will be integral moving forward, as online privacy has come to be one of the biggest issues worldwide.

Microsoft’s appeal before a federal judge is scheduled for July 31.