This Week in Getting Hacked: Control the Internet Edition

How Easily Could R2-D2 Hack into Your Personal Information? 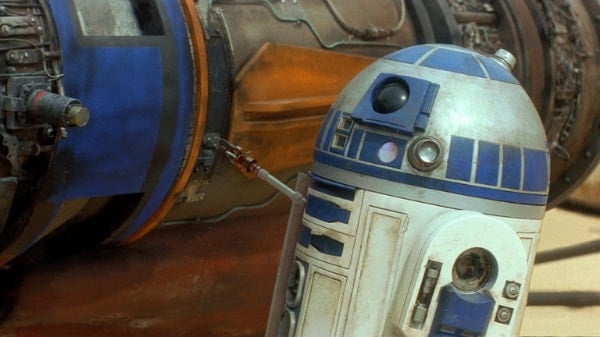 Let’s be honest: You’re at work right now counting down the time until the new Star Wars movie. Don’t beat around the bush, don’t lie—that’s exactly what you’re doing.

And that’s exactly what we’re doing here at Colocation America (we have this up on a huge display monitor and it simply can’t move quickly enough…).

Instead of writing the typical data center/colocation-based article that we usually put out on a Thursday, let’s put a little Star Wars spin on it. Sound good? Of course it does.

We all know that the little astromech droid R2-D2 is responsible for saving the protagonists on many occasions. One could say that without R2, the Galactic Empire would have won very easily as Luke, Leia, Han, and Chewbacca would have been squished to space-pulp in the trash compactor. Luckily R2 was able to shut down all the garbage mashers on the detention level and our heroes were free to escape the Death Star (princess in tow). Later, R2 came back to the Death Star and helped blow it up (nearly dying in the affair).

Most of the time, however, R2 is fixing the hyperdrive and hacking into all sorts of computer systems to help the heroes just in time. There’s really nothing he couldn’t hack into (save that one time on Cloud City when he was sent back and steamed a bit).

But, let’s put R2-D2 into the far, far future (remember, he was wheeling around a long time ago) and postulate what he could do against today’s security systems. And since we normally do data security articles relating to data centers and the like, let’s put him up against those kinds of systems. How would he do?

Is There Anything That R2-D2 Couldn’t Hack Into?

I found a few answers to this question on Reddit whose users answered the question in typical internet-message-board fashion (the top reply was “my panties”). Filtering through the pop-culture references I came to the conclusion that this particular thread was absolutely no help whatsoever. In fact, the original poster’s (OP) decided that “a shoe” was the correct answer to the question. Which, I mean, he probably couldn’t hack into a shoe, but let’s delve further.

But first, I’m going to give my own, if somewhat sardonic, answer: R2 wouldn’t be able to hack into just anything because there are no Bothans here on Earth (that we know of) and many Bothans died to bring R2 the information needed to hack into things, like the Death Star shield-bunker located on the forest moon of Endor.

But let’s get about as serious as we can on this topic.

Wait, I’m just going to make this a little easier for everyone: There’s a good chance there would be absolutely nothing R2-D2 couldn’t hack into these days. And I say this because most of today’s technologies would seem so rudimentary to him. I mean he was opening doors on a mining colony that was a front for a laundry list of god-knows-whats including spice trading (Star Wars drugs).

Even if Lando Calrissian stated that Cloud City was far enough away to avoid most Imperial interference, one would have to think that he would have some of the most advanced firewalls and encryption technologies available. R2 sliced through them like butter.

Now, what would probably stump the little guy is a fingerprint scanner, for obvious reasons, assuming he couldn’t blast off the panel and get into the motherboard—which he could.

By the way, this is all under the assumption that his tools/utilities have been replaced with Earth-like ones (USBs, SATA, etc.).

I read somewhere once that humanity flew to the moon on the technology that most toaster-ovens have in 2015. I don’t know how true that is, but that space shuttle still needed humans for something or another, right? R2 can pilot a ship to other planets all while asking Luke why they have to go back to Dagobah like a little kid asks their mother why they have to go to bed or something.

Could R2-D2 Hack into Your Personal Information?

Can you imagine what he could do if an ethernet port was installed on him? He could just sit at the Pentagon or something and hack into whatever he wants. Which would probably bore him to pieces because he’s not fighting off Super Battle Droids or befriending Ewoks.

This raises a question we’ll be tackling tomorrow: Does the Internet exist in the Star Wars universe?

We’ll get into that in depth (like the problems facing planet-to-planet internet), but for all intents and purposes R2 had to physically be somewhere to hack into it. Which could be part of the security of the Star Wars universe, but who knows.

Anyways, it would seem that he wouldn’t have any trouble at all here on Earth since basically everything is connected. Given his memory isn’t wiped, it seems that R2 could kind of think, right? Uh oh.

We all love R2, but he could be one evil little SOB here on Earth if in the wrong hands.

Let’s just let R2 beep and boop in a galaxy far, far away.

Enjoy the movie everyone!

In the comments below, tell us what your thoughts are on this topic. We’d love to hear them!