Millennials: Don’t Listen to the Critics, Enjoy the Journey

This Week in Getting Hacked: Sugariness of the NSA’s Own Medicine 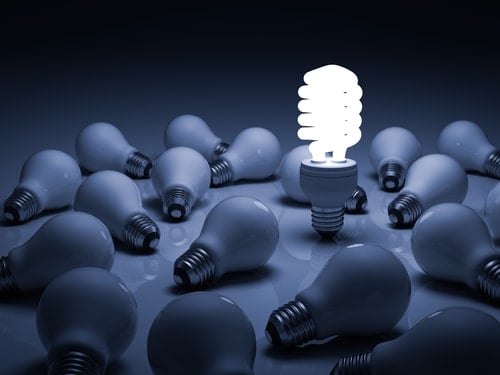 Data centers are becoming increasingly prevalent in today’s technological landscape. They range from single-server rooms used by small businesses to gigantic server farms relied upon by companies such as Amazon that offer cloud computing access. However, one surprising revelation that has become clear recently is that most data center managers admittedly don’t have plans in place to ensure their facilities are as energy efficient as possible.

Research from an energy consortium called The Green Grid found eco-friendly practices are not treated like as much of a priority by some firms as other matters. Furthermore, 43 percent of respondents said they had no strategies in place to boost energy efficiency. If that sounds familiar, don’t worry. The tips below offer creative and worthwhile ways to make your data center as kind to the planet as possible.

1. Don’t Keep the Environment Quite as Cool

Even though the recommended temperature for data centers is between 65 and 80 degrees Fahrenheit, ENERGYSTAR data indicates it’s common to keep the temperature up to 10 degrees colder than the minimum in the range above. Furthermore, statistics indicate you could save up to five percent in energy costs for every degree you increase the server inlet temperature.

There’s no way to get around the fact that data centers must be kept cool year-round. However, if you live in a place characterized by lengthy winters and cool evenings, take advantage of the natural conditions by installing air-side economizers at your data center.

They pull in cool air from the outside and are especially effective when your data center’s operating temperature is normally on the higher side of the suggested range above. Speaking about air-side economizers installed at a data center in Texas, an IT specialist from Cisco suggested using outside air to cool the premises for more than half the year in the video below:

You may be surprised to realize up to 30 percent of the energy consumption in your data center could be related to servers that aren’t actually doing any computing tasks. Periodically check to make sure the only servers running are those that are crucial for current operations. Take the others out of commission, and your energy consumption levels should shrink.

According to an infographic from ABB, up to $281 million is sacrificed due to ineffective cooling systems. That’s why it’s such a good idea to think seriously about making worthwhile upgrades. The infographic also suggests the payback you’ll see from deciding to revamp a cooling system in your data center may be evident in as little as two years.

One smart way to improve an existing cooling setup in a data center is to switch from older load/unload air compressor designs to more modern variable-speed drive compressors. The newer types may bring average energy savings of as much as 35 percent.

Air conditioners and air handlers used in data centers both need humidification units to keep humidity levels consistent. Traditionally, data center managers use infrared and steam canister isothermal methods. However, eBay is one example of a mega company that opted to utilize ultrasonic techniques to achieve static humidity levels in the environment.

6. Engage the Power-Saving Feature on Your CPUs

The CPU may be responsible for up to half of total power consumption for a server. However, there’s a simple action you can take to combat excessive usage. See if your CPUs have a feature you can enable solely to save power. Many data center managers eventually find out their facilities have such CPUs but were unaware the power-saving capability existed.

If a CPU has that built-in feature, it’ll switch between several performance modes to keep power consumption to a minimum. Even better, you won’t have to reset anything on the CPU to make the new setting kick in.

Last year, an interactive, circle-shaped infographic was released that allowed people to place their cursors over certain sections to see the emissions impact for certain countries. The data collected was from 2012 but only became available mid-2015. As it turns out, over 14 percent of global emissions can be linked back to the United States. As you can see from the chart below, that’s a slight improvement over totals for a timeframe that spanned between 1990 to 2011:

If that’s concerning to you, think about following the lead of some data centers in the United Kingdom:

In fact, the United Kingdom was somewhat of a pioneering country because, prior to the time the CCAs were introduced in the data industry, the only other sectors that abided by such agreements to reduce climate change were associated with manufacturing. Supporters believe as the data industry adopts climate change-reducing practices, those decisions will have a widespread effect to prod data center managers who are reacting more slowly or not at all.

Even if it’s not possible to qualify for similar tax breaks, it’s still smart to realize climate change is an international concern that certainly won’t go away. If anything, it’ll become more and more of a pressing matter as years pass.

With that in mind, try to understand how any alterations you make so your data center uses energy more effectively don’t just look good for your bottom line. They could be serving the greater good by protecting the Earth for our generation, as well as future generations.

8. Become Committed to Your Plan

Earlier, you discovered how it’s not common for data center managers to have existing plans in place to promote energy efficiency. Hopefully, the suggestions above have proven you can make noticeable changes just by doing something as simple as adjusting a data center’s internal temperature.

No matter which techniques you choose to embrace, remember the best results are often seen by people who are decisive in their methods and willing to follow through with their plans. Your commitment, combined with measurable results, may be the factors that help your data center eventually be admired as one that has led the way by making energy efficiency a major and ongoing concern.