Is it Time to Take Humans out of Data Centers?

The ‘Internet of Things’ Compatibility Issues

Big Data and Big Bandwidth: A Match Made in ‘Big’ Heaven 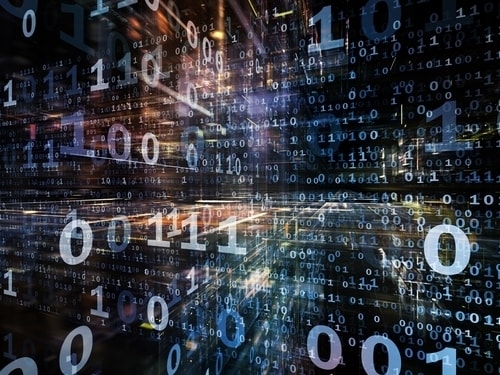 You know what they say: Everything’s bigger in data…

Everybody is talking about Big Data these days and how it has revolutionized the way we do business. It empowers business owners to make decisions based on actual numbers and trends, rather than using playing guessing games.  However, with big data comes big responsibility.

The Bandwidth Problem of Big Data

Big data has also taken a toll on the bandwidth providers, as the requirements to communicate colossal amounts of data each day are quickly growing. For each data center that is moving into Big Data, the question is, are they equipped to handle the increased demand of Bandwidth? It is prudent to ask this question, because companies that are really moving to Big Data are certainly moving to big bandwidth.

In its continued efforts to utilize Big Data, Google announced that they will soon have 10 gigabits of bandwidth for each Fibre service customer. According to industry standard, that is quite large and of course fast.  This speaks to Google’s success today and continued efforts to stay far ahead of the competition.

Google is really pushing the direction of internet use and big data access. The 10 gigabit service is a big deal, but it does not end there. With this move, Google is encouraging, or more like challenging, ISPs and bandwidth providers to keep up. The speed is there, now it is up to the ISP and backbone providers to provide quality service, meaning faster connectivity, or else be left behind. We will certainly not be surprised when things start to turn around once Google completed its 10 gigabits plan.

Target is another great example of a company using big data to drive business.  They successfully launched and managed a data strategy which allows them to predict consumers shopping habits based on behavioral patterns from previous purchase history.  Consumers, whether they know it or not, are offering up increasing amounts of data which providers Target and other large retailers greater level of detail for further analysis.  This does however increase the cost of running these programs, as it requires more resources to manage.

There is, of course, always a caveat with these types on improvements in technology.   While many companies may want to implement big data strategies, they simply can’t afford it. The cost of bandwidth usage, management, and infrastructure make it unattainable for many organizations as they begin to explore the options.  Many of them talk about it as if it is an elusive dream, at least for now, and they are right.

It is good that bandwidth usage continues to become more affordable over time.  The increase in usage is sure to affects the bottom line, which keeps business owners up at night.  Many experts predict that in just the next few years, bandwidth availability will increase by 50% leveling out the cost of IP transit and Transport. While that that may very well not be enough for many; but it is considered extreme hyper growth over such a short period of time. With a significant increase in the availability, comes a big change for end user experience. Online gaming, video streaming, and other rich media formats could soon have virtually zero lag even when there are millions of users are engaged at the same time.

In a few years, Big Data will quite possibly be considered standard. The growth of data usage is inevitable; it’s a matter of when.   And as this starts to become more of a standard in most companies, bandwidth requirements will continue to soar. The question now is, can ISP’s & backbone providers keep up.

Jake has written this article on behalf of ipv4connect.com.