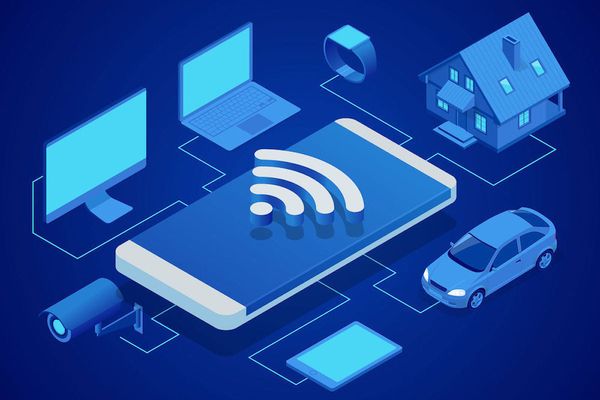 Each year, the US and other countries invest millions or billions of dollars on different broadband tech to expand existing infrastructure and keep up with new improvements. Do you know what’s happening with broadband right now, and what to expect in the coming years?

Here’s an overview of some of the main expansions you can expect to see in the US and globally during 2020.

Fiber-optic internet connections are the fastest existing wired tech to transport data physically from one location to another. They’re a future-proof technology that’s capable of transmitting at faster speeds than we currently have. Fiber-optic cables themselves are not new. Most of the world’s existing underwater, trans-continental internet cables are fiber-optic. However, last-mile fiber-optic cables that bring the internet directly to people’s homes are the current battleground in infrastructure.

In the US, there are many outdated technologies used to transmit internet to homes. DSL and standard cable internet use existing TV lines to transfer data. Unfortunately, these lines are slow and unable to keep up with higher speeds.

TV and cable lines use copper centers, as opposed to the glass or clear plastic centers in a fiber-optic line. The difference is that copper wires use electricity to transmit data, which is susceptible to interference and degradation. Fiber-optic cables use light to transmit data, eliminating the risk of degradation and electromagnetic interference.

Although we continue to see DSL and cable internet use being widespread in the US, fiber-optic has been growing and will continue to grow in use. There’s a push to see fiber-optic rolled out more quickly in the coming years, to accommodate the needs of a population that’s increasingly dependent on fast internet speeds. Expect to see fiber lines continuing to infiltrate urban and rural areas of the US.

Most wireless networks across the US, and globally, operate using 4G LTE or 3G data. LTE (Long-Term Evolution) is an upgraded form of 4G data transfer technology, increasing the speeds and availability over standard 4G tech. Today, 5G is being introduced into the mix. 5G networks are being built up alongside existing networks right now, meaning they’re working in collaboration with each other to keep users connected to the fastest network possible at all times.

Currently, 5G has only been rolled out in a very limited capacity worldwide. There are only a few places that are truly connected to 5G networks, including the city of Chicago and a portion of South Korea. A full rollout of the fifth generation of wireless is still on its way. It’s been slow to come, but once it gets here, we can expect big changes!

Existing 5G networks are not very practical, requiring people to use a 5G-enabled device outside within a clear view of the 5G tower. It’s expected that as the infrastructure grows and improves, 5G can slowly replace 4G LTE tech as the network we use for wireless data everywhere. Until then, expect to see 5G networks combined with 4G LTE and other networks to cover holes in the service.

Routers are probably a piece of internet tech you don’t think about much until the internet goes down or you need to connect a new device to the network. New Wi-Fi 6 technology will make your router even less of a concern and help you keep up great speeds no matter how many devices are connected. A Wi-Fi 6 router is an upgraded version of existing routers that increases the hardware capabilities of the router.

Current routers, sometimes called Wi-Fi 5 routers, can support up to 3.5 Gbps speeds, as opposed to the maximum speeds of 9.6 Gbps for Wi-Fi 6. While both of those speeds are excessive for an individual user today, they’re the upper maximum speeds that are split between all the users connected to a specific network. In reality, speeds are significantly lower than the maximums, which makes it even more important to get a faster router.

Wi-Fi 6 routers allow more devices to connect to the same router without slowing down the bandwidth for users. This will get more important as we continue adding smart devices to our homes and using connecting every facet of our businesses to the internet. The more users or devices connecting to a router, the faster you need the router to be. You’re going to want a Wi-Fi 6 router once you start getting more IoT devices or if you’re going to have more devices connected overall.

Stay up to Date

Tech trends change a lot, but broadband technology is a little slower to adjust. Broadband is arguably more important than our day-to-day tech because it’s the infrastructure that powers tech in the first place! Keep up with what’s happening in the broadband space so you can stay ahead of significant changes to your industry and maintain your competitive edge.