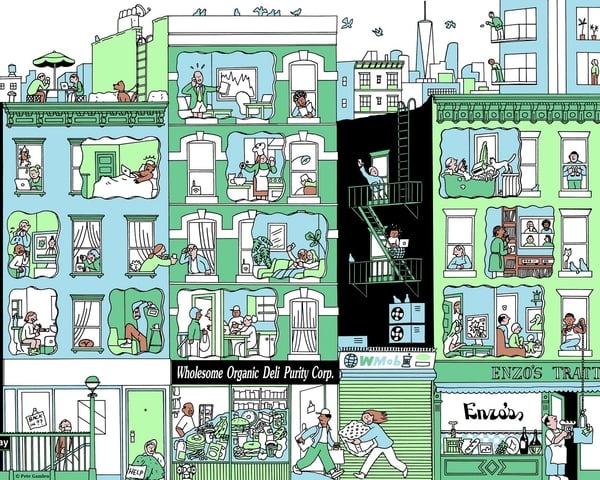 The pandemic the world is facing has forced my people to stay home. This means internet usage has increased tremendously. Restaurants, movie theaters, gyms, and other recreational activities have all been shut down. This is causing the world to spend more time online. Whether it be social media, YouTube, or one of the many streaming services, we are all spending a little more time using the internet.

Changing the Way We Use the Internet

Studies have shown that the current pandemic has changed the way we use the internet. Maybe because we are forced to use our same devices for recreational activities, connecting with friends and family, and now for work—we are turning away from our phones a little more.

While some have cities that have seen a drop in download speeds, the other cities with large populations are doing just fine. Los Angeles, Philadelphia, Seattle, Chicago, Dallas, and Phoenix have been able to keep their download speeds steady during the social distancing internet surge.

Internet connectivity has been important for many years now, but now being forced to stay home, we are depending on it even more so. The Internet is how many people are continuing their work, how many people are continuing to go to school, and of course, it’s many people’s primary source of entertainment. Although major cities in the US are seeing a slowdown in download speeds due to a strain from an increase in usage. This lockdown is also proving the resiliency of the Internet and making it even stronger.

Early within the lockdown YouTube and Netflix throttled back, but it wasn’t due to downloading speeds slowing down. The companies volunteered to do this as a just-in-case measure. These companies can scale up their operations quite rapidly. The biggest companies are starting to run their own data centers, making them more flexible to scale their operations as needed.

Now due to the current pandemic, many data center companies are upgrading traffic capacity to meet the demand. Netflix is increasing its infrastructure as well. The company is planning to install hundreds of extra servers in the most popular regions. Cable companies are also adapting to the new normal. One of the biggest cable companies, Comcast, is waiving data caps for its users. As we continue to deal with the lockdown, it’s obvious that the internet not collapsing. And because of the precautions Internet companies are taking—the Internet will be stronger than it has ever been. Advancements in Internet connectivity and protocols have been needed for quite some time.

Your wireless router is what connects your devices to your internet service provider. Most access points are provided with a limited number of channels. The speed of your connection could be affected by nearby signals from your neighbors also transferring data. Checking your routing settings can help internet speeds. Some routers have all devices using a single channel by default. Setting your devices to different channels can help strengthen and speed up your connection.

Another thing you can do to increase your WIFI signal (if your router supports it) is to switch it over to the faster data rate at 5GHz. This setting will be faster, but only over short distances. 2.4GHz is slower but will provide a wider range of coverage. Also, make sure your router is in the most central location of your house. If you have a bigger place, a WIFI extender can help boost the signal.

Because more people are working from home, planning when you use the Internet or at least being aware that certain times will be peak hours will be helpful. There will most likely be an increase of 10% overall usage and a 30% increase during peak hours. Knowing that you may experience slower speeds between 9 am – 5 pm can save you some stress. You won’t be able to control how and when other people use the Internet, but knowing peak hours can be useful.

Internet usage increase has been quite apparent for many users and it is changing the way we use the Internet. We are relying on it more than ever before. And although it has caused some minor strain on connectivity, we can rest assured the Internet is strong and is here to stay. Many Internet companies are thriving and even upgrading their systems. Even SpaceX is expected to launch Starlink (a network of satellites to connect us to a new internet) at the end of 2020. Not only will the Internet survive and flourish during this current pandemic—it could be stronger than ever before.