What Are the Security Benefits of Network Segmentation? 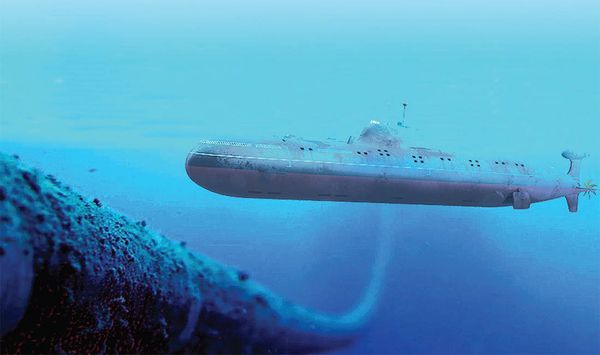 The Internet has become imperative for any individual living on this planet. It is attributed as the living embodiment for any workflow. We cannot possibly think of our everyday life without the internet. From smallest transaction made for living to socialize to running a large organization seamlessly, all require an active internet. Moreover, the latest tools and technology built to make our lives convenient needs internet.

Back then, when the internet was inaugurated into our lives, it was more of a curiosity in people. Fewer people, nearly 1% of people only among the population, used the internet. However, as we see today, around 3.5 billion people have an internet connection, and the number is galloping with the pace of 10 people per second.

When surveyed, approximately 73% of Americans say that they use the internet every day. We understand that the Internet has become vital for us and it cannot be broken else people might face massive losses in their business as today’s maximum businesses run through the internet.

In 2008 an attempt was made to check the losses incurred due to the outage of internet. The result was mixed, some said that it would only have delayed of their work whereas many companies discovered massive financial breakdown (these breakdowns could be in millions or billions).

Are There Cables in the Oceans?

To avoid these losses, internet cables, beneath seas and oceans, are built resilient to provide seamless data flow. Near about 378 submerged cables are in the service of providing internet around the globe.

These cables are spread across 750,000 miles throughout all continents, fulfilling the need for communication and entertainment. These cables carry fibers as thin as a strand of hair, resting on the ocean beds, transferring tiny bits of codes as a form of information.

The intensity of transporting data, from Hong Kong to Sydney, would be the time you take to read a word. Cables use fiber-optic technology, which of laser on one end that transmits data swiftly to the other end.

Majority of us use mobile phones and Wi-Fi to access the internet, and conclusively we do accept that the internet comes through clouds. What we do not know is that these wireless technology and satellite technology are eventually linked up with these physical cables to provide us with the desired data.

Are Underwater Cables the Fastest Way for Inter-Continental Data Transfer?

Despite these technologies, these wires remain the fastest and cost-effective mode for swift to and fro of information.

The cables which are considered retired could be restored and repositioned to a new path, giving them more life span. Inadvertently poor weather conditions are one of the significant reasons after human involvement (through fishing or anchoring) that causes vandalism.

A major question arises, how could these submarine cables be repaired. Possibly yes, be these cables very deep (approx. 6500 ft.), they can be easily fixed with the help of submersible robots, which are specially designed for pulling up damaged or defaced cables for restoration. For even deeper cables, technicians use a grapnel to fetch these wires and mend them.

With immense power, natural disasters like Storms, shifting of tectonic plates and others come with a lot of uncertainty and loss. These hundreds of cables are connected with facilities on land that provide them with regular electricity to keep the data ongoing without any hindrance. These facilities are located around the globe, like Spain, India, Guam, and many other locations.

To manage these submarine cables, it is equally essential to have high-resilient facilities so that these natural disasters could not deface or destruct them easily.

Traditionally, CLS (Cable Landing Stations) used stick-built construction, which was quite a time, labor, and cost consuming. Previously, those firms which were involved in the designing and development of these highly specialized building lacked an adequate amount of experience. This resulted in a significant negative impact not only on the performance level but in terms of future operational costs as well.

These MCLS, build on the coastal regions, are designed with permanent steel and concrete to last up to 50 years and withstand extreme weather and other adverse conditions. One of the living examples of MCLS that underwent extreme conditions is XSite Modular Cable Landing Station. With massive wind gust, a Typhoon named Yutu hit Pacific Islands with maximum gusts of up to 190 miles per hour in last October but, XSite’s MCLS performance wasn’t compromised during this extreme conditions too.

What Are Some Other Ways to Ensure Smooth Data Transfer Speeds?

There are other specifications that MCLS has, such as cooling, ventilation, fire detection and suppression, AC backup power, cable management, access control, video surveillance, and building management system.

Similarly, Guam an island on the Pacific Ocean is one of the vital landing spots for cables crossing across the biggest ocean in the world. Reportedly, a new storm-resistant facility along with four new cables was deployed to manage all. The new cables installation is meant to connect some of the significant places which are – Japan, Hong Kong, Australia, and the U.S.

Guam functions as a hub, like a highway exchange in the Pacific Ocean, where major subsea cables transit stretching across California to Hawaii to Indonesia all land to Piti. Guam possesses multiple geopolitical benefits, and it is Western-most U.S owned island facing Asia. Thus, placing cables will expectedly improvise capacity and redundancy across the Pacific.

Moreover, google – the biggest online giant, owns 14 cables across the globe and further plans to extend its connection. Its recent success was the project of connecting the United States to Chile, home of one of the largest data center in Latin America, through cables. After this project, Google plans to unfold new paths by building cables which would run from Virginia to France and is expected to get done by the year 2020.

The company holds 13 data centers around the globe, with upcoming eight more projects. All of them needs safety as well as the power to the trillions of searches made each year on Google and over 400 hours of video uploaded to YouTube each minute.

These statistics of building underwater cables will not diminish; instead, it will grow as more and more businesses rely on cloud computing services. Satellites using internet gain connectivity through these cables. Although internet cables management is complex, simultaneously are cost-effective and more effective. The ravishing technology like artificial intelligence, Augment, and Virtual reality, IoT all rely on high-speed internet for functioning. All of this is helping in building the infrastructure of our better future and cables play a vital role in it. Thus, it is equally essential to create a protective facility to have our future building safely, for which measure has been taken.