What Is the Future of Cloud Computing and How You Can Help Your Company to Prepare?

Key Differences Between Firewall and Antivirus 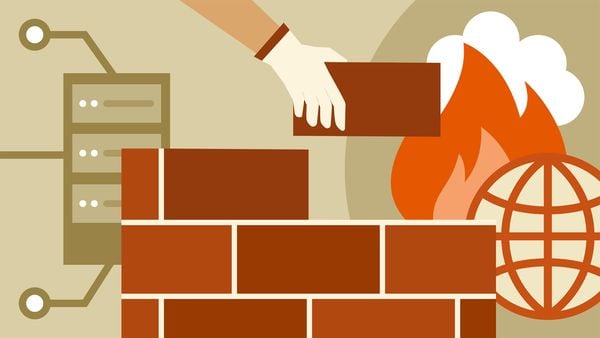 Many people often do not know the difference between antivirus and a firewall. As many people know it, firewall and antivirus are mechanisms which provide security to systems. However, you need to know that there is a different vulnerability between the two. Firewalls help control network traffic in the system by acting as barriers for incoming traffic, whereas antiviruses protect systems against internal attacks by perceiving or spotting malicious files and viruses. Antivirus and firewall are part of the Cyber Security which safeguard systems. However, there is a massive distinction in how they operate and work. https://www.youtube.com/embed/67-5bzc_GKEThe primary emphasis of firewalls is inspecting data which flows from the internet to the computer while that of antiviruses is examining malicious programs through procedural steps which include detecting, identifying, and removing. According to experts, knowing the difference between the two mechanisms will enable you to make the right decision and purchase an appropriate cybersecurity solution to your system. This article seeks to explain further and discuss the difference between a firewall and antivirus.

What Is Antivirus Software?

Before we go further into the dissimilarities of firewalls and antiviruses, we first need to define antivirus. So, what is antivirus software? Antivirus software is a cybersecurity mechanism which many PCs and offices use often. Its primary function is to scan, spot, and inhibit any apprehensive or distrustful files and software from getting into the system. Antiviruses thwart a further attack on or damage of the system by deleting or isolating the corrupt file and monitoring traffic on the internet.

Many people wonder “Between an antivirus and firewall software, which is the best cybersecurity protection tool?” Well, you do not have to think much about it. Below is a comparison chart which experts in this field have prepared for you. It can help you identify the differences between the two mechanisms.

What is Firewall software?

A firewall is a standard approach software that protects local computer assets from external threats. It acts as a barrier between the World Wide Web and your network. Firewalls monitor inbound and outbound traffic from computers as well as prevent apprehensive packets from leaving or entering the network. An example of a standard firewall tool is the Windows Firewall in Windows 7. Firewall hardware nowadays is inbuilt in routers, and they help safeguard your network from other networks.

The Three Types of Firewalls

There are firewall types comparison based on interception location, communication location, and the state in which data tracing takes place. They include;

Firewall vs. Antivirus: The Dissimilarities

In the firewall vs. antivirus dissimilarities, the primary distinguisher is the mechanism these software use to safeguard systems from malicious attacks as well as what they can defend.

Firewall virus protection observes traffic in the network thereby inhibiting malicious data from entering the network hence thwarting viruses. However, the virus can enter your computer through a spam link, download, or from a flash drive. Moreover, once it bypasses the firewall protection, the antivirus’ role comes in handy.

Antivirus scans and spots the malware to bar it from dispersing further either by obliterating or segregating the corrupt file. Moreover, even though the firewall halts the malware and viruses from entering the system, it cannot delete the cyber threat which is infecting the system.

Below is a quick summary of the primary differences between a firewall and an antivirus.

With the above information, you will wonder how you can get instructions on locating antivirus and firewall software. The cyber world is expanding at a remarkable rate. Hence, it is confusing to identify the best firewall and antivirus as part of your cybersecurity strategy. Moreover, as aforementioned, you cannot select an antivirus with firewall software because they perform different operations which are exceptional.

In conclusion, there is a significant distinction between antivirus and firewall software. An antivirus removes corrupt files through detection by isolating or deleting them whereas a firewall protects malicious information from entering the system. Additionally, there are other primary differences which are as aforementioned in the contrast chart above. Knowing the distinction between these two softwares will enable you to understand what you will need for your system.