Key Differences Between Firewall and Antivirus

Tips for Using Cloud Services to Extend Your Data Center 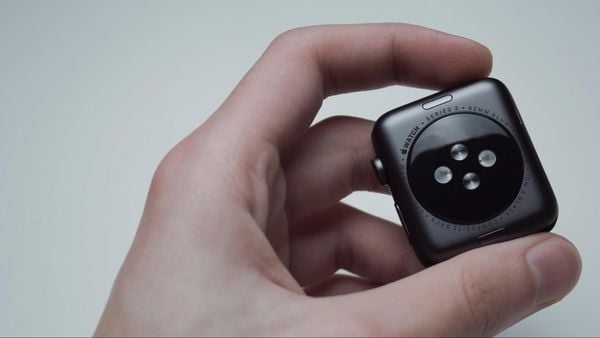 Wearables have continued to influence our lives greatly, and there is so much to expect as the technology keeps on getting better in the future. Perhaps we are going to see the technology being applied in the fashion industry to express our identity, social status, and emotions, or being made as part of our body to increase our cognitive abilities.

We could also see wearables that are more improved and minute in size with increased memory capacity so that it will be possible for marketers to collect product data without even consumer knowing thereby saving on cost. It is also worth to mention that with this advancement, we should expect higher risks where the user will have to worry about their privacy and security. Here are just a few examples of cases.

Wearables Becoming Part of Our Body

This is yet another way that wearable technology will aid in improving our different cognitive abilities such as vision, hearing senses, and touch among other skills. Concisely, this is to say the technology will make us superhuman. For example, when we look at the amplified vision, for instance, we are going to see the contact lenses taking a higher notch dimension where the wearer will be able to have a full virtual view, bringing distance object close or having night vision.

Worth to note also is that wearable body parts will have a broader application in people living with a disability. Taking, for instance, cerebral palsy and stroke, we are going to see miniature neuro sensors that can read brain waves. These will be connected to objects like chairs, remote controls and many other times such that they can control them without physically touching them.

Since the start of wearable technology, wearable sensors are becoming smaller and smaller. Well, this trend is anticipated to advance in the future to include very tiny wearables with more memory capacity. What is even great about this is that these sensors will be highly affordable. This being the case then, we are going to be surrounded by wearables right from our homes, as we walk down the street heading to work.

This will make life more comfortable in several ways, for instance, detecting body language and behavior changes in population that can lead to crime and terror attack. This will in the end help improve security where law enforcement will in the future be able to detect crime before it happens and act fast to prevent thereby diligently protecting its citizen.

Additionally, we are going to see miniature wearable having a broader application in research and survey, which will come along with saving cost. Here, research organizations and marketers will take advantage of miniature sensors that can be included in monitoring customer behavior during the launching of new products or improving features of high products that have been existing for long.

The great thing about this is that vendors will get accurate data cheaply without customer’s knowledge as opposed to regular surveys where customers may decline to respond or incline to give misleading information.

Wearables That Will Extend Lifespan

In a few years to come, we are going to see highly advanced wearable tech in disease prevention and early detection using nanoparticles that will be connected to smart devices that will be monitoring the movement of these particles in the bloodstream.

Once in the bloodstream, the particles will accurately detect abnormal biomarkers such as cancer cells and communicate the information to a wearable device. This means that the nanoparticles will be able to detect abnormal cells before the cells can be seen during a screen in the PET machine and aid in early treatment.

Speaking of protection, Google is extensively researching in nanoparticles that will be capable of detecting disease biomarkers and kill them instantly. This technology will be a significant breakthrough in fighting incurable diseases like lupus and all types of cancer since these particles will attack these cell before they start to cause body damage.

This means that we will never get sick and we will live to enjoy a very long disease-free life. As that is not enough, we are also going to see nanoparticles that will detect and destroy aging cells and help us remain young forever.

During the initial stages and testing, there will be more risks about an error that will arise before perfection since it remains unknown how wearables will react with our body. Additionally, there is the issue of privacy where biometrics info can fall into third parties and used to harm the user.

Lastly but not least, there is the security issue where like machines which can be hacked and a harmful signal sent to damage it, you can only imagine what will happen when a human wearable gets hacked.