What Is Air Button Technology?

Dark Fiber Is the Data Center Industry’s Next Venture

What is Fog Gaming? 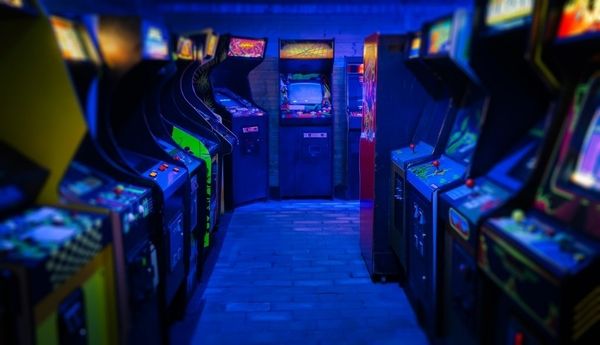 Some of the most popular video games require online connectivity. These video game produce an incredible amount of data which is processed and delivered by data centers. Games like Fortnite and World of Warcraft can produce about 100 GB of data every second. Data centers are becoming an increasing part of the gaming world.

The next progression is coming from a well-known gaming company, Sega, and their plans to use arcade gaming hardware to form a cloud. While this seems like a strange idea since arcades aren’t as popular as they once were in the United States—the arcade industry in Japan is an enormous business.

What Is Cloud Gaming?

The video game industry has evolved over the years. In the past, gamers would rush over to the technology store or even a store that specifically sold video games when a new game was released. The past couple of years gamers were able to bypass going to the store all together and simply download these games onto their gaming systems. Next came cloud gaming.

Cloud gaming is the method of playing video games using remote hardware. One can think of Cloud gaming as the Netflix of gaming. Video games are stored onto servers that gamers access through the internet. Instead of downloading games onto your home system, you merely login and access remote servers to play your favorite games.

Cloud gaming usually requires a subscription whether it be monthly or yearly. The subscription gives users access to their games and other content. Through these subscriptions, users can tap into the power of some of the most high-end PCs and servers. With some services, users are essentially renting a remote PC. While other services offer components located in data centers far superior to a standard system.

One of the benefits of infrastructure like this is users will most likely be running the best hardware. Cloud gaming services will regularly update their hardware to the latest and greatest, which is something most people wouldn’t be able to do with their home setups. Users can also access these games from multiple devices including your console, PC, and even your phone.

The first cloud gaming system launched in 2010, and since then cloud gaming has become quite popular. Google, Microsoft, and Sony are now all offering this type of service. There are a couple of types of cloud gaming—game streaming services and game subscription services. Game streaming services allow users to play games without having to download them onto their systems. There’s no need to install updates or be concerned with files. Users simply log in and play. Subscription services give users access to a library of games that you can download onto your system.

What Is Fog Gaming?

The idea of Fog gaming feels familiar because it’s quite similar to cloud gaming. It also incorporates the idea of Edge computing, by bringing the power closer to its users. One of the main differences between cloud gaming and fog gaming is the location of the servers. The concept of SEGA’s fog gaming system is to use local arcades and game centers as a server farm for low latency game streaming. Instead of streaming from the cloud, gamers are harnessing the power of the CPUs and GPUs of local arcade machines. Because these gaming servers will provide services locally users will not have to worry about slow connection. Arcade owners can also make some extra money by allowing SEGA to use its arcades.

What is Edge Computing?

We live in a data-driven world, and all of the information we pull up comes from servers near and far. The closer you are to server the less latency you will experience. This is especially true when it comes to larger files such as audio and video. Edge computing helps solve this problem by positioning itself between the user and the actual data center or cloud location.

These edge computing devices will hold some of the data and will allow users to pull up information faster since they don’t have to retrieve all the information from the cloud.

What Is Fog Computing?

Cloud computing is the delivery of computing services, which can include servers, storage, databases, networking, software, analytics, and intelligence through the internet.

Edge computing simply brings the power closer to users by adding additional platforms between the user and the cloud. Certain applications are housed within these platforms so users don’t need to pull everything up from the cloud itself. This makes the process faster for its users.

All of these buzzwords can seem very confusing, but its entire aim is to bring a better connection to its users. The Internet of things is all made possible by these networks including edge computing. Because the world is using more and more connected devices, technology companies are looking for the best way to bring that data to the end-users.

The gaming industry has also grown tremendously over the years. These games require an immense amount of data to be transferred from large data centers to its users. Fog gaming takes all of these aspects of connectivity (edge computing, cloud computing, fog computing, and cloud gaming) and makes the connectivity between games and its users more seamless. Fog gaming is the natural progression of all gaming and uses these connections to make gameplay better for its users. Gamers should be excited about what and where this combination of technology could go.