The Role of Cloud Computing in the Internet of Things (IoT)

As technological infrastructure continues to evolve, the world around us has become more connected than ever before. The Internet of Things (IoT) has spawned a network of interconnected devices and sensors that are revolutionizing the way we carry out everyday tasks. Smart cities, smart homes, smart retail, connected cars, and wearables bear testimony to how the connected devices are disrupting the status quo leading to the creation of an efficient, automated planet.

The Internet of Things is booming and the predictions are promising-Statista has estimated that there will be 75 billion connected devices by 2025.

Interestingly, these IoT devices don’t offer any major benefit on their own-it’s the data gathered by them that can translate into meaningful information and pave way for the advancement of IoT. Cloud computing services facilitate instantaneous, on-demand delivery of computing infrastructure, databases, storage and applications needed for the processing and analysis of data points generated through hundreds of IoT devices.

No wonder 96% of the organizations have adopted cloud in one form or the other. And with the emergence of the likes of Amazon Web Services, Google Cloud Platform, Microsoft Azure and IBM Cloud, the growth prospects of IoT appear even brighter.

In this article, we will discuss why cloud computing is integral to the growth of the Internet of Things (IoT). So, let’s begin without further ado.

How Cloud Computing Augments the Growth of IoT?

Based on the principles of scalability and agility, the cloud is hailed as a revolutionary technology across the globe. Cloud solutions can catalyze the large-scale adoption of IoT initiatives. Here are some key reasons why the cloud is indispensable to the success of IoT.

With rapid strides in 5G and internet speed, cloud technology is getting mainstreamed allowing businesses to access remote computing services at the click of a mouse. By reducing the need for maintaining on-premises infrastructure, the cloud has enabled organizations to transcend the conventional applications of IoT (e.g. in home appliances) and opened the doors for large-scale deployment of IoT in hitherto unexplored territories. 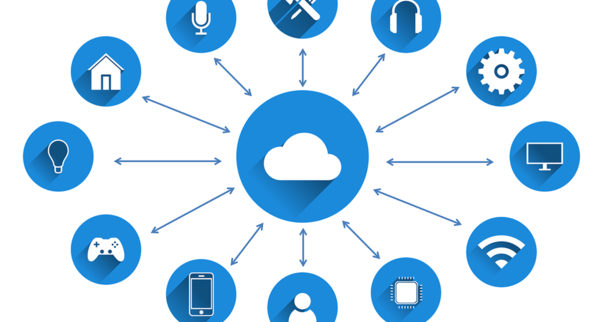 The mushrooming of IoT devices may have allowed organizations to automate tasks, but it also poses grave security concerns. The cloud with its wide range of controls can be a viable solution here. Cloud solutions ease the implementation of foolproof security measures-it allows establishments to adopt robust encryption and authentication protocols. With top-notch cloud solutions, it’s possible to manage and secure the identity of users accessing the IoT devices.

As IoT continues to gain prominence, establishments have begun experimenting with connected devices to extract real-time information on key business processes. While these devices improve operational efficiency and optimize costs, they also generate gargantuan data that are too cumbersome to process even for their analytical platforms.

Cloud-based solutions come in handy here-cloud systems with their robust data integration capabilities handle massive volumes of data emanating from multiple sources. As a result, data from both enterprise systems and connected devices get stored, processed and analyzed in the same place.

Innovators in the IoT domain seek hassle-free hosting solutions. Cloud hosting solutions are quite appropriate in such situations. With cloud hosting solutions, IoT players harness the power of remote data centers in India without having to install cumbersome on-premises hardware and software. Besides, these cloud services operate on a ‘pay-as-you-go’ model where the user is billed as per the resources consumed by him. As a result, companies are able to avoid large upfront costs.

With the emergence of innovative cloud hosting solutions, the entry barrier for most IoT-based businesses is getting minimized, allowing them to implement large-scale IoT initiatives in a seamless manner.

Cloud computing solutions are known for their agility and reliability. Cloud services sit on the top of a network of servers that are housed in multiple locations. Their systems store copies of your data in multiple data centers in India. 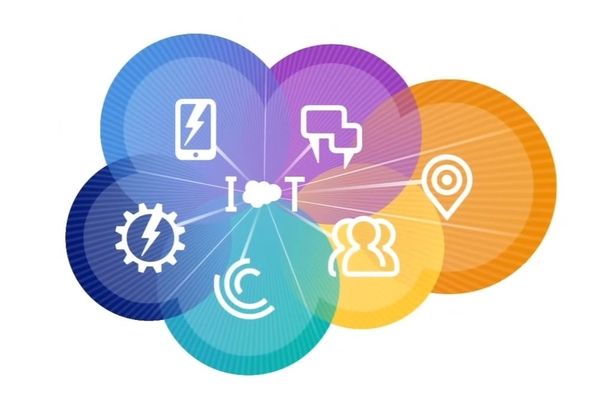 As a result of this redundancy, IoT-based operations continue to function even if one of the servers goes offline for some reason or the other. Plus, there is no risk of data loss.

In addition to communicating with us, IoT devices and services need to connect with each other. Cloud solutions facilitate seamless communication between IoT devices. They enable many robust APIs such as Cloudflare and Dropstr and allow interaction between connected devices and smartphones thereby paving the way for the growth of connected technologies.

Edge computing or the practice of processing data near the edge of the network where the data is being generated is commonly employed in IoT-based solutions to trim down response time and expedite data processing. IoT deployments often employ a combination of cloud and edge computing to get the best of both worlds.

To understand this better, consider a large factory equipped with thousands of IoT sensors. In such a scenario, it makes sense to aggregate the data close to the edge before sending it to the cloud for further processing. Doing so reduces the direct connections reaching the centralized cloud repository preventing it from getting overburdened.

Edge data centers in India expedite real-time processing of data allowing the decision-makers to act faster. But an edge-only approach doesn’t offer a holistic picture of business operations. In the absence of a cloud solution, the factory may be able to monitor each piece of equipment individually but won’t be able to assess how these devices are working in relation to each other. Only an optimal mix of cloud and edge can help businesses derive maximum value from their IoT initiatives.

With the rising adoption of multi-cloud and hybrid cloud environments, establishments are waking up to the indispensability of cloud solutions. The IoT landscape is also witnessing a remarkable shift. Newer devices and sensors are being experimented with every single day, necessitating the adoption of more innovative cloud computing solutions.

In the wake of these developments, it’s safe to conclude that cloud computing will continue to offer avenues for the advancement of the Internet of Things (IoT). Connectivity, reliability and computing power from the cloud will usher in a revolution in the IoT space.

The Role of Cloud Computing in the Internet of Things (IoT) was last modified: January 21st, 2020 by Parul Singh

Our Team is Standing By
The Role of Cloud Computing in the Internet of Things (IoT) was last modified: January 21st, 2020 by Parul Singh