Hyperloop Concept to Reality – The Future Is Here 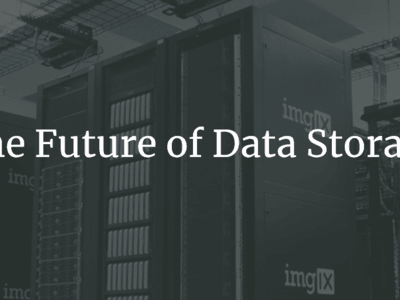 Editor’s Note: The views and opinions in this piece are that of the author and do not represent Colocation America. Any companies mentioned are meant to be informational and not promotional.
The emergence of the cloud was liberating for a huge number of companies. After all, by using the cloud, organizations don’t have to take care of their own servers and individuals don’t have to dedicate so much and resources to keep their data backed up.
The fact that almost 80 percent of companies in the United States are increasing use of cloud managed services is not really all that surprising.

However, after they realize what the cloud really is, most people are somewhat disappointed. In essence, there’s no cloud—that’s just someone else’s machine. All of the data we upload to the cloud ends up on server farms run by Amazon, Microsoft, and Google.
Since most people are not really satisfied with such deep centralization, the situation needs to change. And that’s where Blockchain technology comes into play…

What is Decentralized Storage Exactly?

In essence, the Blockchain is all about decentralization. As we all know, it started with payments and financial systems, then came apps that could run on the Blockchain and now, from the looks of things, file storage is next.
At the moment, there are a number of projects in works that are making an effort to decentralize file storage and data sharing. The main idea behind this is allowing average people and small companies alike, to rent unused portions of hard disks in P2P networks.

How Does it All Work?

The original uploader encrypts a certain file and breaks the file into a number of small pieces. The key that unlocks the encryption remains with the uploader. In order to ensure redundancy, each of the small pieces gets copied and reproduced.
Then, these small pieces are sent to individual computers on the P2P network. This means the individuals who host the files only have the small pieces of the file’s encrypted contents. So the hosts can’t really gain any information from the files they are hosting.
In order to recall the original file, the uploader needs to use the aforementioned encryption key to locate all the pieces of the file and ask the Blockchain network to reconstruct the file from scratch. Once the various hosts send back the pieces, the file gets reconstructed.
Using these techniques—some of which predate the Bitcoin—the developers are trying to accomplish one main goal: provide a reliable storage option that doesn’t completely rely on the cloud providers or any other 3rd party.

The Need for Online Storage

As you’re surely aware—the cloud market is simply huge—and huge corporations such as Google are currently dominating the market. According to recent Cloud Storage Market report, the market will reach almost $92.5 billion dollars in the next five years.
What’s more, if the decentralized market manages to capture even a small portion of the cloud market, it’s going to be a huge industry by itself. That’s the main reason why so many organizations are trying to provide a good decentralized solution and why the market is competitive.
And now, let’s look at some of the market leaders for decentralized storage…

The Candidates for the Best Decentralized Solution

If you followed the decentralized storage industry, you probably know about Storj. It’s possibly the oldest project of its nature on the market, and so far, it managed to attract more than 20,000 uploaders and 19,000 storage providers.
It’s an open source project, which means basically anyone with certain coding skills can make its version of Storj software. The company behind Storj has managed to build an impressive network in a short period of time and even make a profit.
The users of Storj have to pay to access the storage network. The project’s architecture follows the standard decentralized model of encryption and file sharing to split files into smaller pieces and recompile them later.
·         Sia

Next, we have Storj’s biggest competitor. Sia actually works similarly to Storj, meaning it also splits files into small segments. Although, Sia splits the files into 30 different segments, but has enough power to successfully rebuild the whole file from just 10 pieces.
The encryption protocol is also quite similar to the one Storj uses. However, unlike Storj, Sia has its own Blockchain that supports smart contacts the network uses to send and manage files uploaded to it. There’s also one more factor that differentiates Sia from Storj.
In contrast to its main competitor, Sia doesn’t accept fiat payments. The network uses its own currency – the Siatoken – and it needs coin miners to support its Blockchain. You can find more than a few mining pools out there, however, SiaMining is the largest one.
·         Filecoin

Here we have possibly the most interesting contender in the decentralized storage race. You see, we still don’t know the exact launch date of Filecoin, however, most experts expect it to become one of the biggest players in the decentralized storage space right from the start.
The main reason behind these predictions is the fact that the project is designed by the Protocol Labs. The organization has managed to successfully deploy other storage projects, including the IPFS network. Moreover, Filecoin has massive backing.
We have Silicon Valley capital behind—some of the bigger investors include Kamal Ravikant and Andreessen Horowitz. In addition, the team behind the project managed to launch one of the biggest Initial Coin Offerings ever, raising roughly 205 million dollars in the process.

Do These Services Have a Chance?

The future of decentralized storage seems pretty exciting. The technology has the potential to be more secure and cost-effective than the storage solutions we have now. Consequently, the technology could enter the mainstream in just a short a few years.
On the other hand, some users really don’t care that much about decentralization. When people need something that their local stores lack, they Google it, go to Amazon, enter their Visa information, and buy it. So the question is—does switching to a decentralized storage makes sense for the average user?
In this centralized world, switching from Amazon S3 to a decentralized storage platform is definitely not a priority for most. However, when you take low costs and speed into account, some users are certainly intrigued. And if the new technology proves useful, others will flock to it.
The organizations like Storj, Sia, and Filecoin are off to a great start, and as a whole, the technology is more than promising. However, replacing standard server farms with decentralized storage still has some way to go.